When we finally landed in CT for Aaron’s wedding, it was nearly midnight. Annabelle heard an announcement about the designated smoking area and wondered allowed why someone would leave their home to go to the airport and just to smoke. I kept saying they would go to the designated smoking area only if they were already at the airport but she didn’t understand. “But Mama, do they like, drive to the airport to smoke here instead of at their house? And why are they smoking anyway? Don’t they know that makes your lungs black? Oh, I like those soap dispensers. Do they have soap dispensers in the smoking area?” You know what I don’t have after a long day of packing, science fairs, “random” security checks that I always get chosen for and turbulence? The energy to explain why some people smoke. I was so relieved when we made it to the hotel.

All we had scheduled for the next morning was a hair appointment for me and trip to a genuine Dunkin Donuts. We were to meet Mom and Elizabeth at the rehearsal dinner venue that afternoon to decorate before the wedding rehearsal. Elizabeth had things to decorate the room with and I had ordered several centerpiece decorations from Amazon that were supposed to arrive at Elizabeth’s house Thursday morning. Elizabeth texted me Friday morning and said no delivery had been made. Not one item had arrived. I checked the order information and it was delayed until Tuesday. I’M LAYING ALL THE BLAME ON YOU, JEFF BAZOS. If you weren’t so busy trying to become a bazillionaire maybe I wouldn’t have had to rush around to six stores in a town I didn’t know the week before Christmas looking for classy Christmas decor. This is why I boycotted Amazon for six months a few years ago. I didn’t like Jeff and his attitude. I feel another boycott coming on. I know my boycott will make .00000000000000000000000000000000% difference in his bank account but it will make me feel better. I’ll start the boycott after I order the new shoes I saw last week.

The only Christmas decorations we could find were either overpriced or glitzy. HobLob already had spring items out so they were no help. We ended up with pine tree pipe cleaners that I made into wreaths and we filled in with berries and greenery that Elizabeth got from the woods. The little lanterns were from Stephanie. We didn’t get to use the darling gold deer candle holders I ordered (hashtag still bitter) but it turned out ok. Who needs Jeff anyway. This is one of three photos I have documenting the entire evening and the three hours we spent decorating. 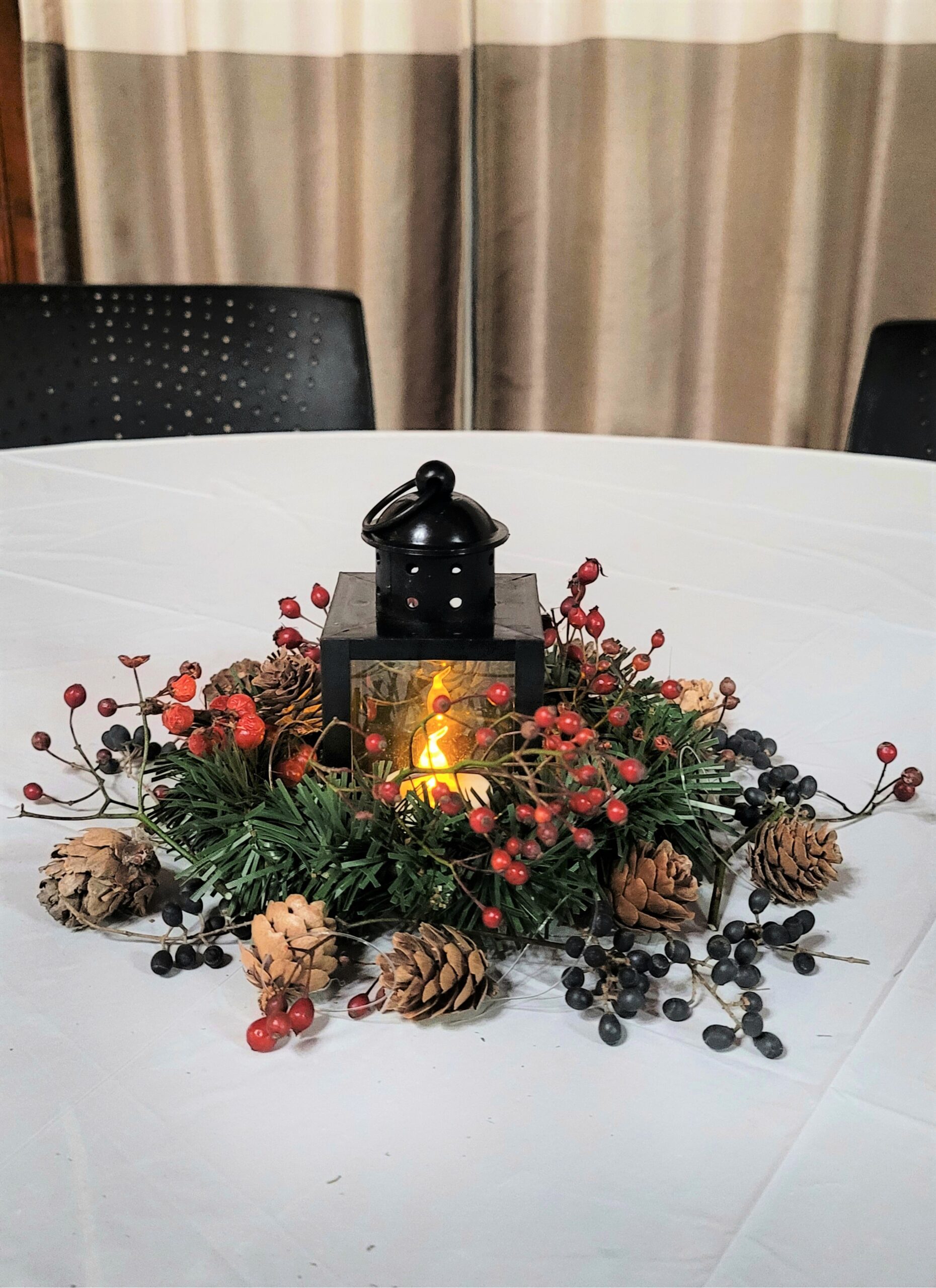 A few fashion notes from the wedding. Elizabeth looked amazing. I did her makeup so of course that looked good but besides that she looked wonderful. She always cuts her own hair but splurged on a real hairdresser which I’ve been telling her to do for 12 years now. I’m going to use this picture for her online dating profile. 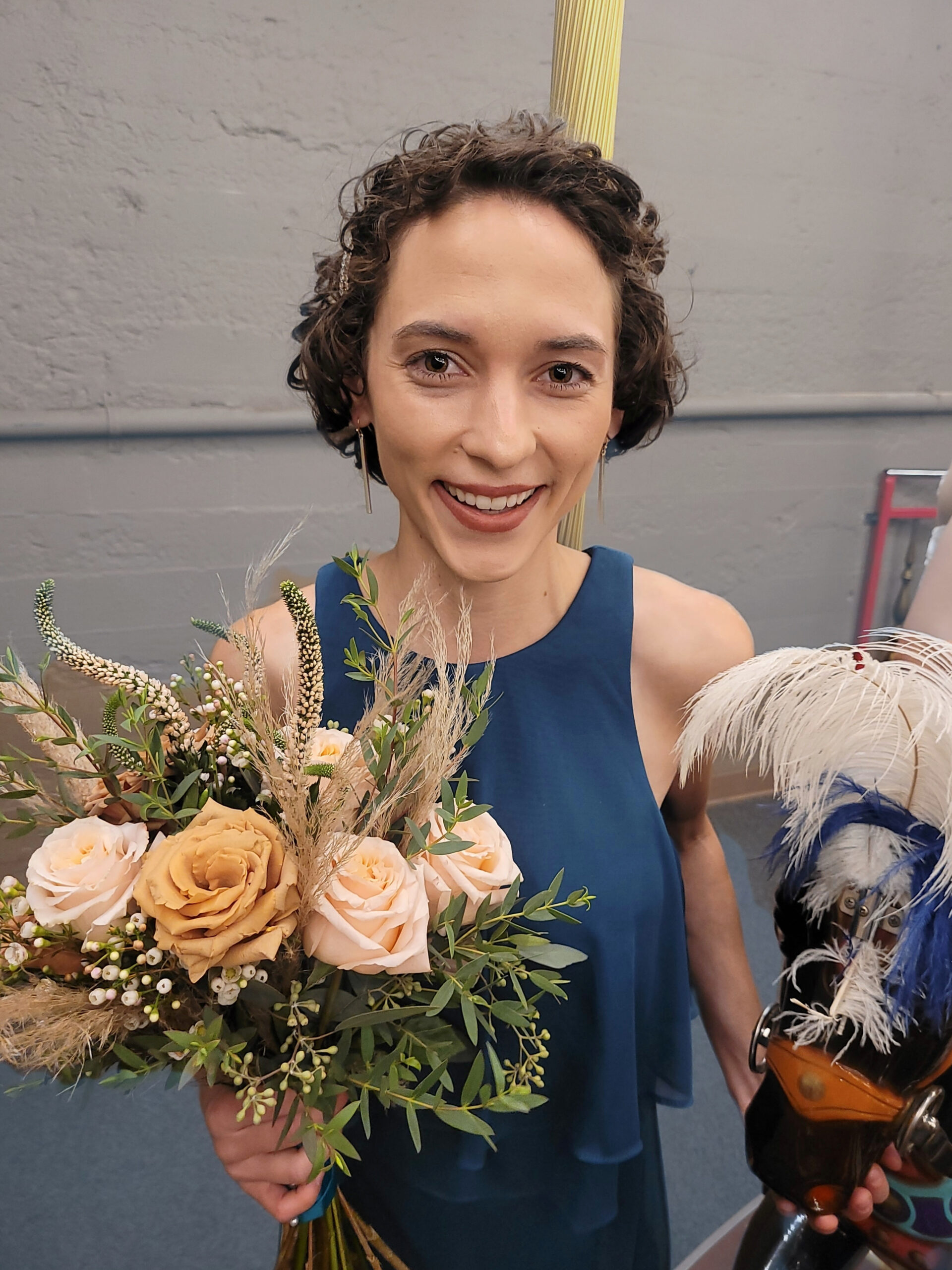 Speaking of hair, Mom has never once in my 32 years had her hair straightened her hair. She walked in from Emma’s hairdresser having done her hair and the intake of our collective aww and wow almost knocked her off her new high heels. 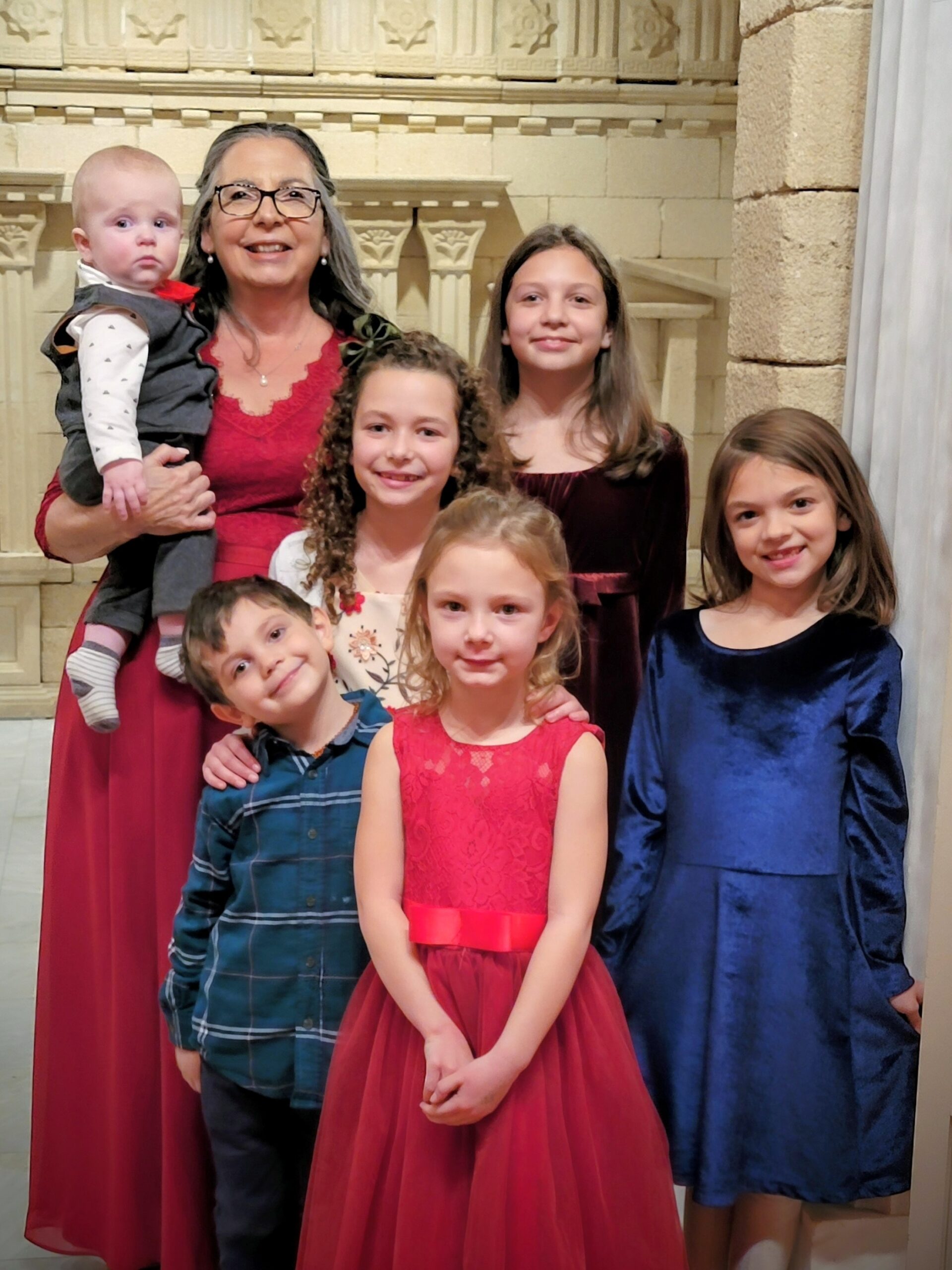 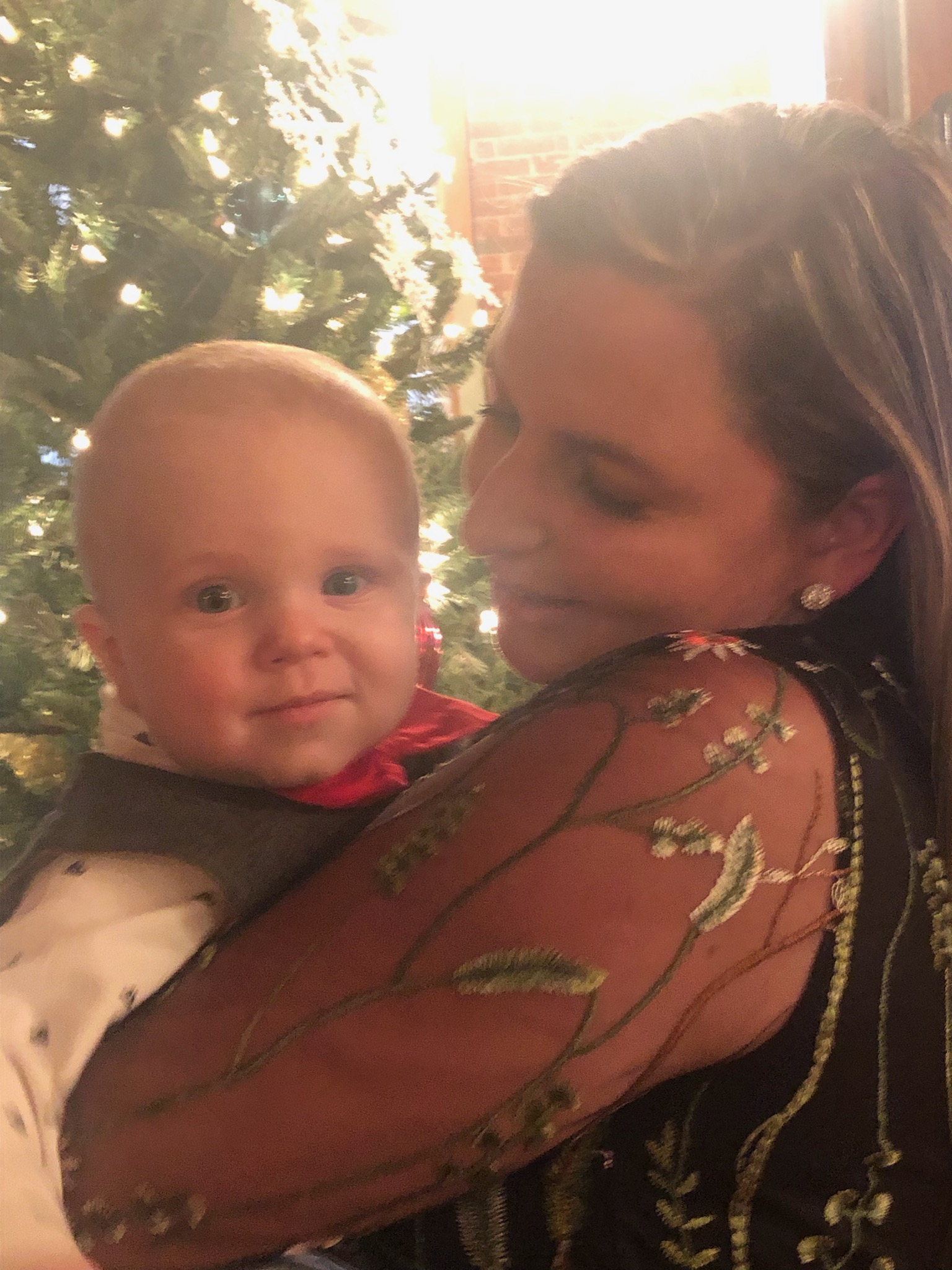 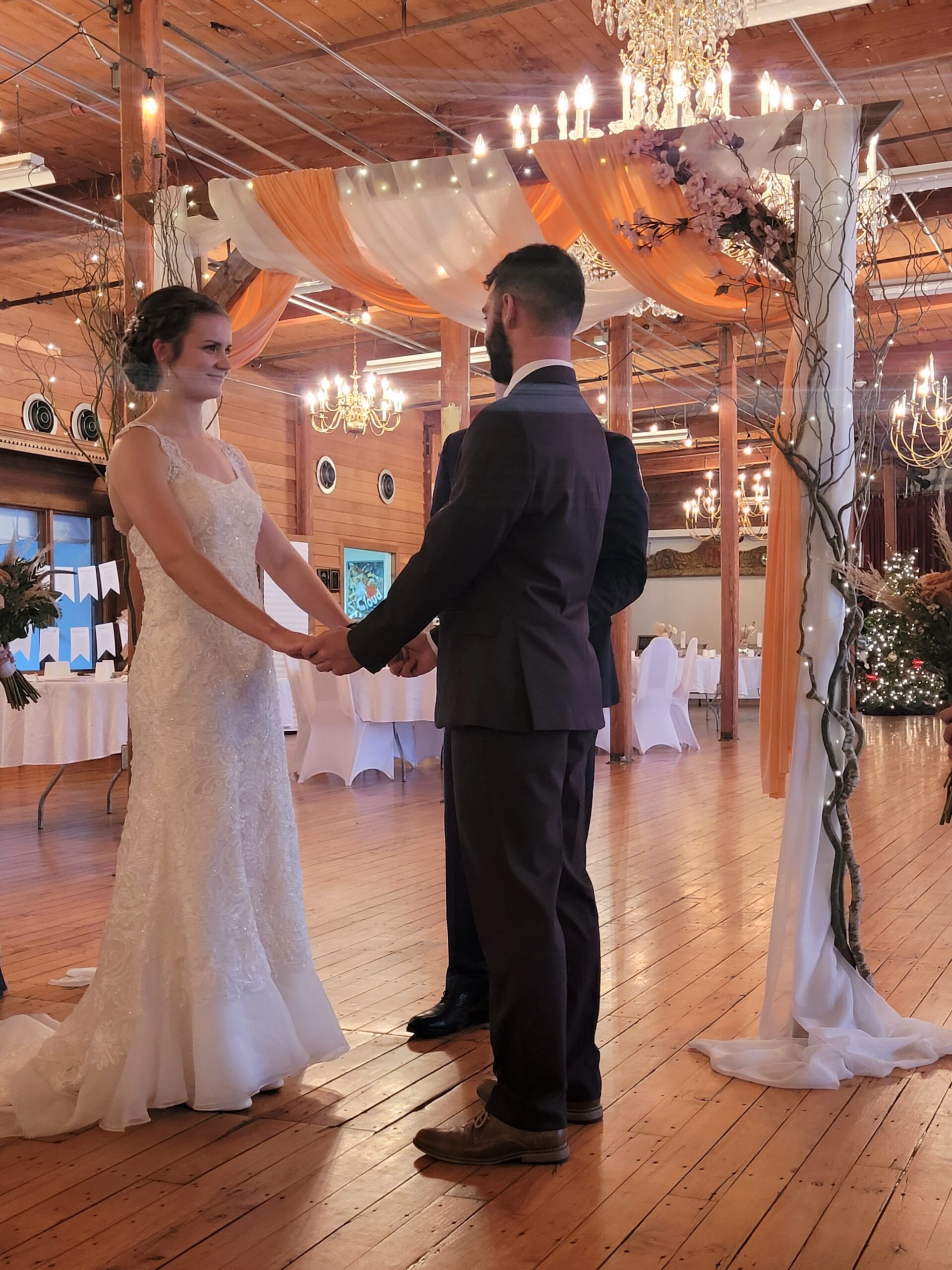 The wedding was at a carousel museum and at two points during the event we could ride a little carousel downstairs. There was also a puppet theater the kids could play with, a player piano and a vintage firefighting museum. There was plenty to look at and entertain the guests. We weren’t sure if Grandma would make it because she’s been so tired lately (“I am 94, you know. These body parts are quite old.”) but she did and she and Aaron cuddled up on the carousel bench and went for a twirl. Seeing them do that together was so special. (Aaron looked very dapper, but I’m pretty sure Autumn and I had jumpers made out of the same pattern fabric as his tie when we were little.) 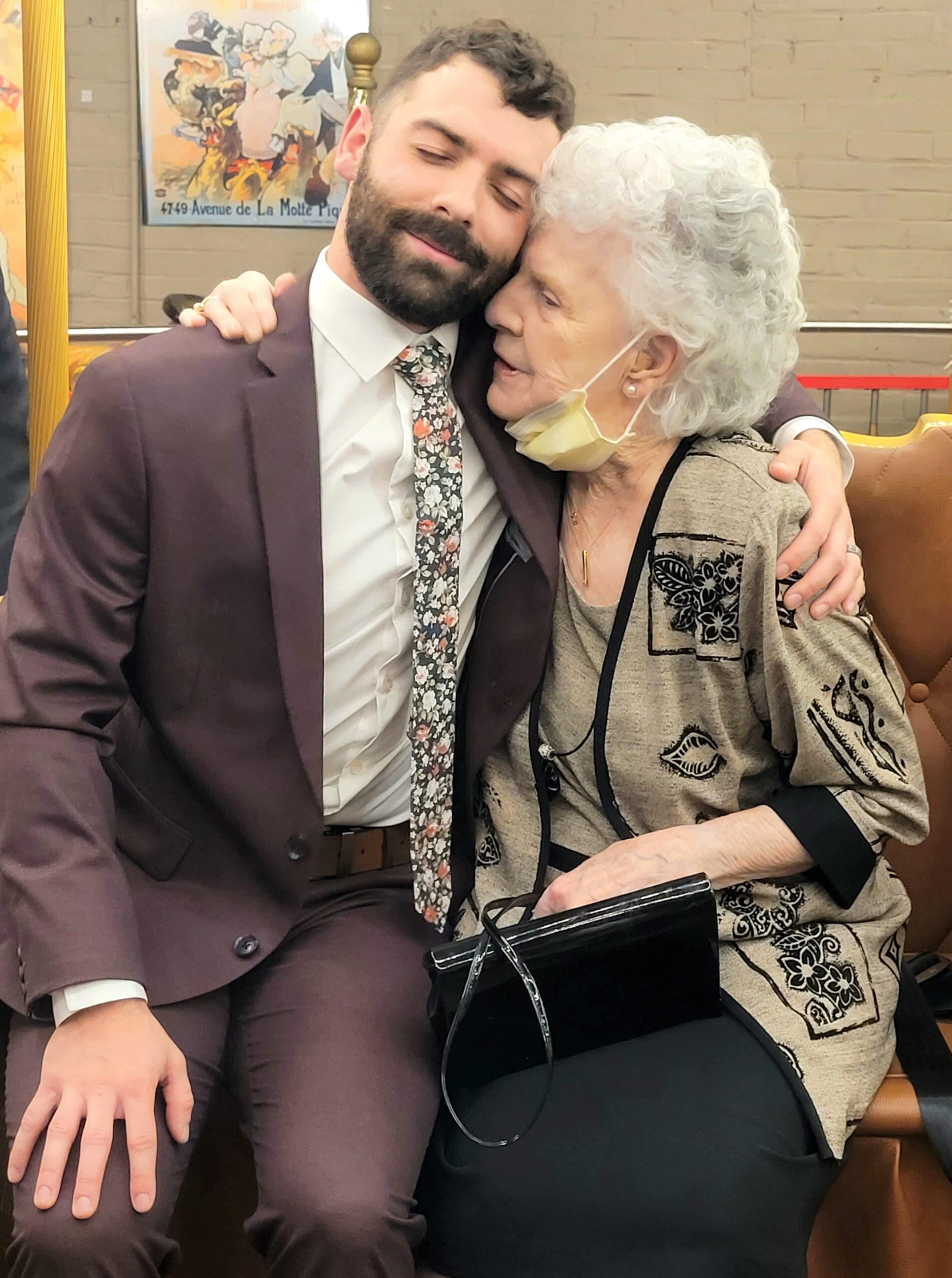 I call this series a behind-the-scenes of a fashion blogger photoshoot. 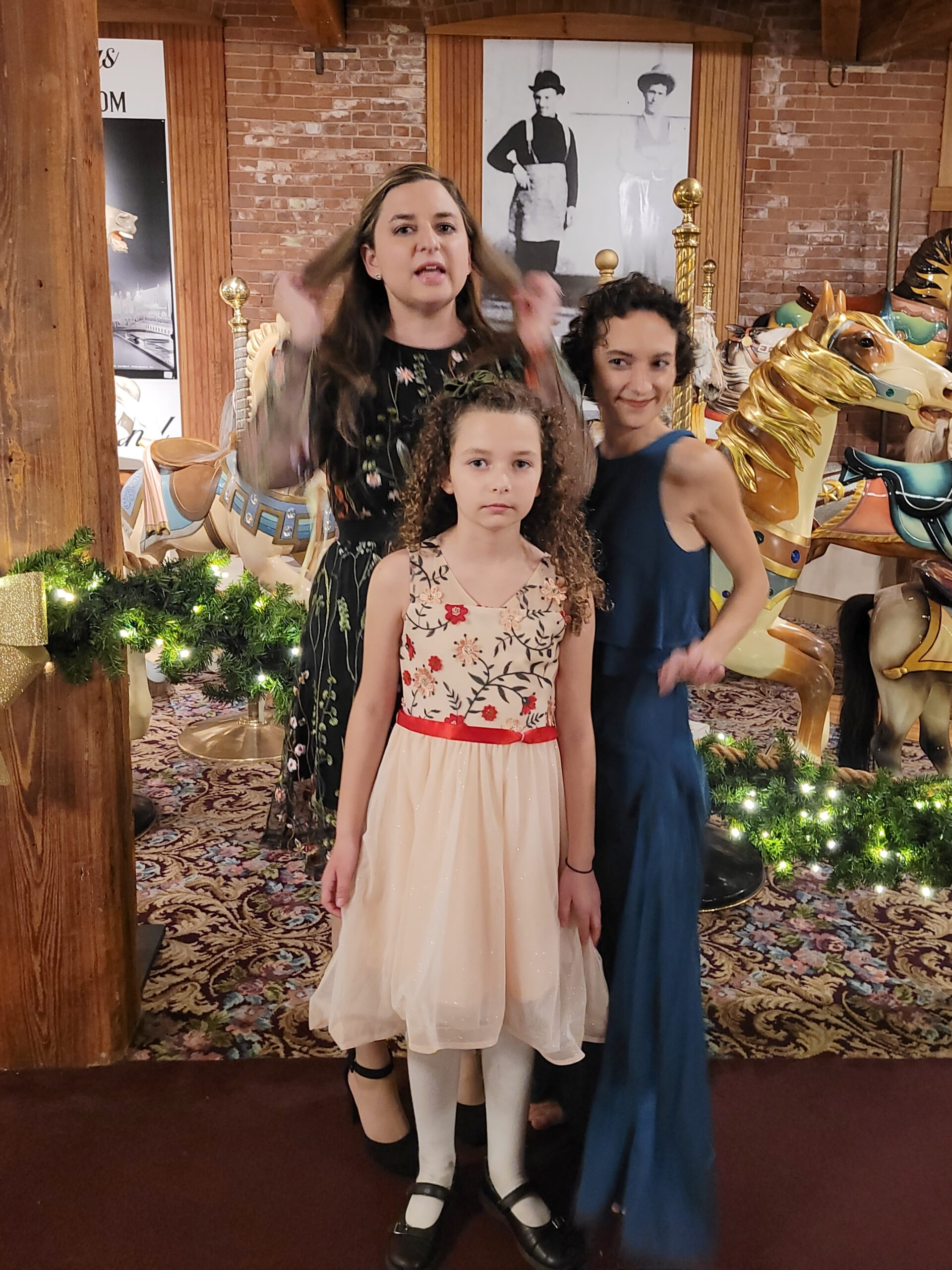 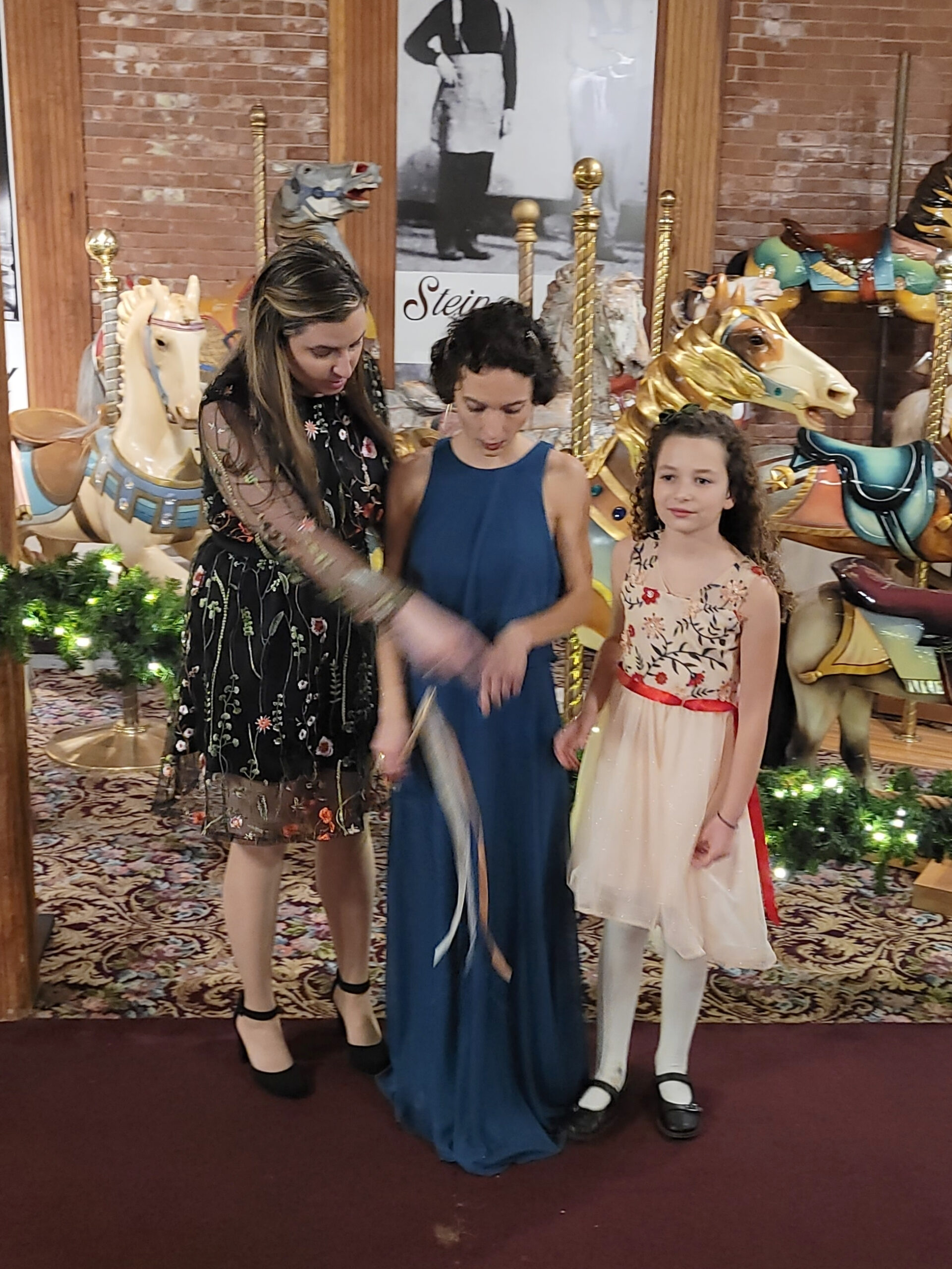 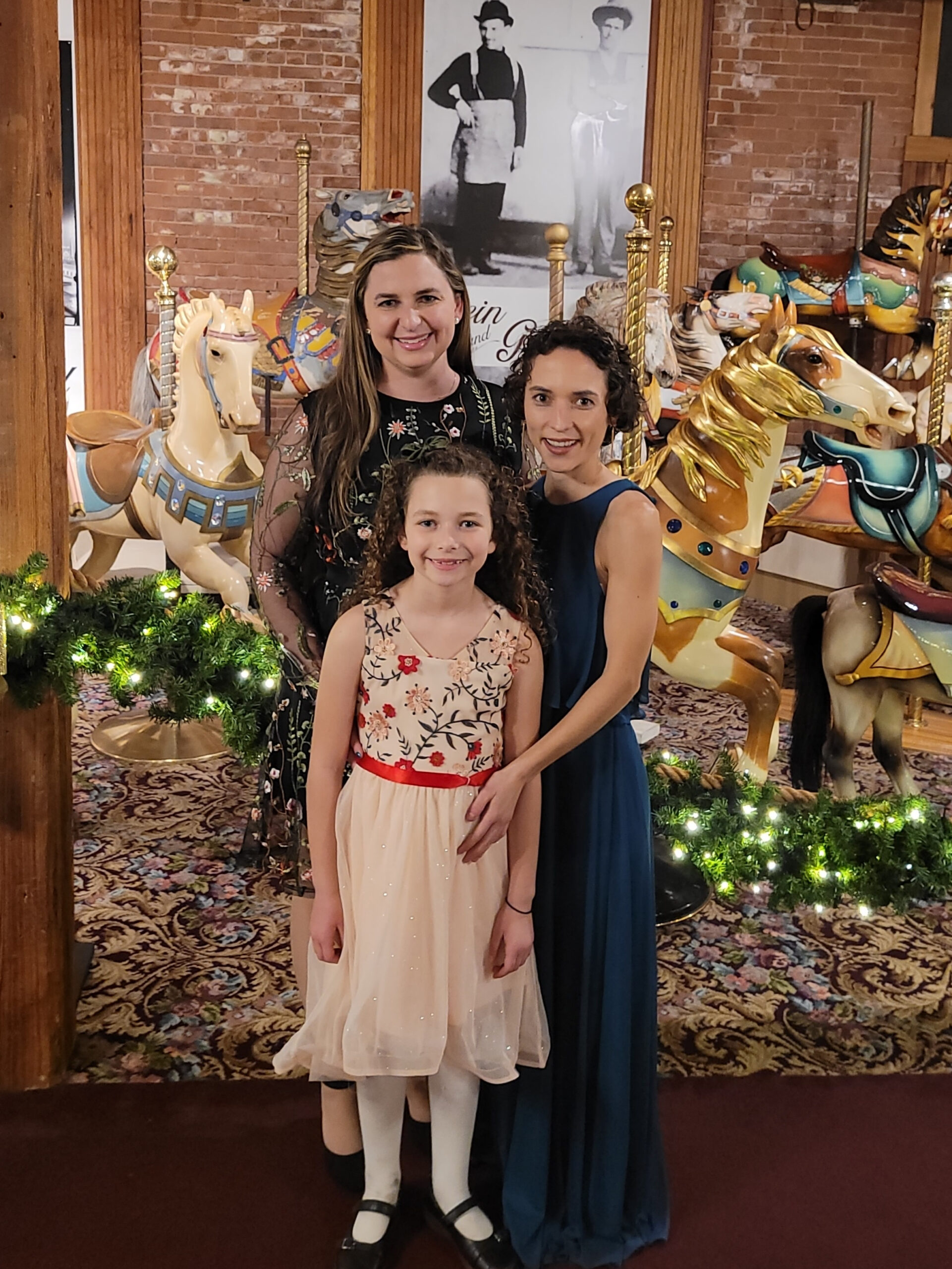 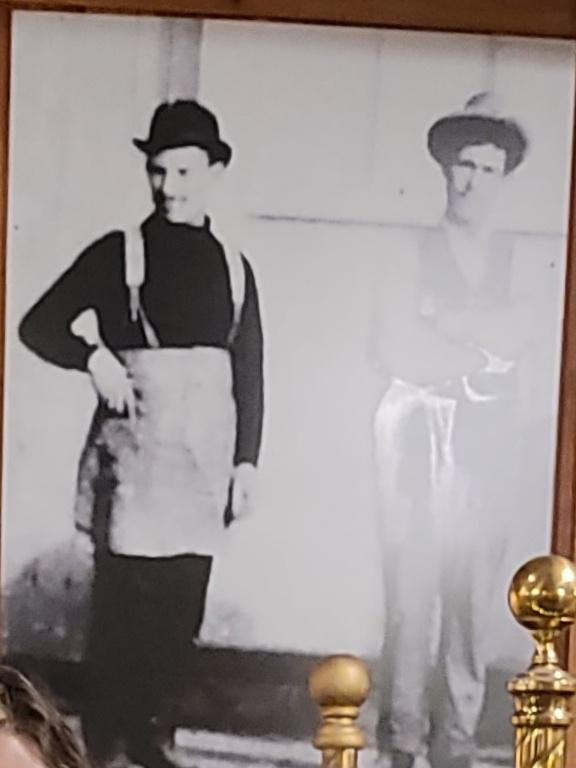 Congratulations, lovebirds. We love you kids. 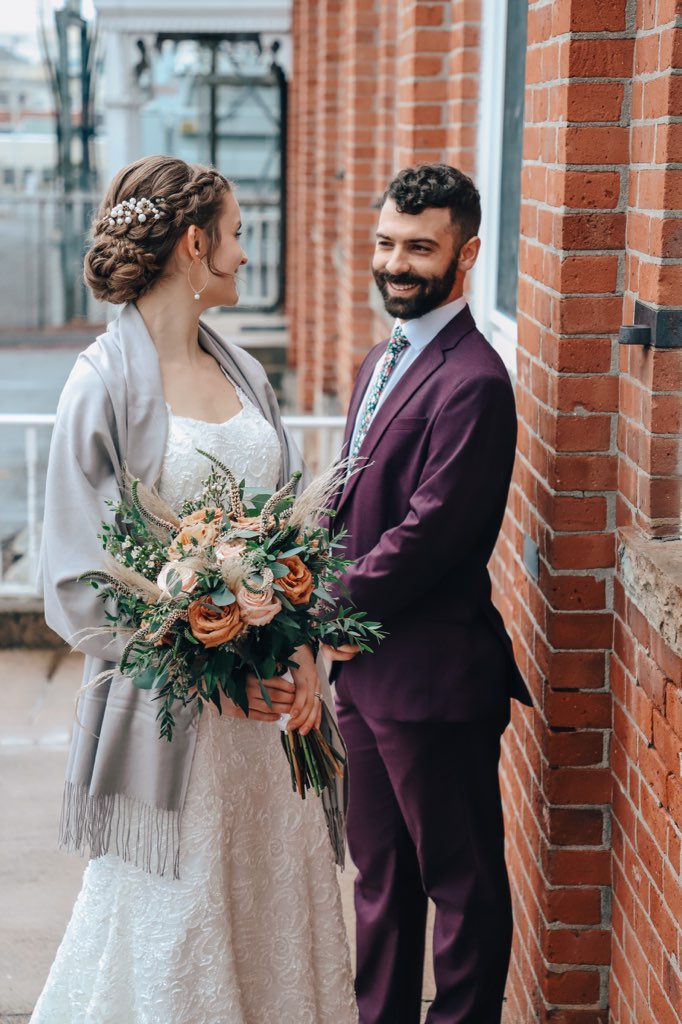 PS. I will not be ordering your first anniversary gift from Jeffy B. 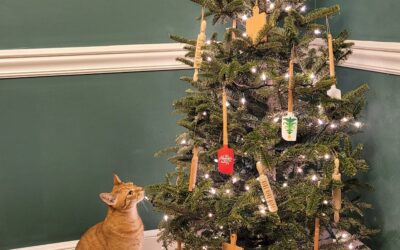 I haven't talked to you since last year! I used to get such mileage out of saying that as a kid. When I left off I was overwhelmed and in tears on the floor preparing for our family Christmas, delivering all manner of teacher/friend gifts, sending cards, prepping for...

END_OF_DOCUMENT_TOKEN_TO_BE_REPLACED 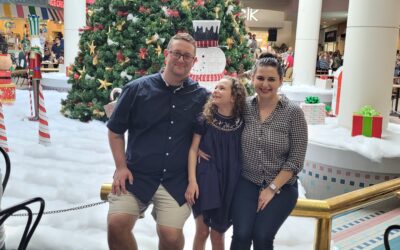 I know we're two days from New Years but I have a personal tradition of recapping December events lo, many days after which they happen so why stop that tradition now. Welcome to the peaceful oasis that was my backyard a few weeks ago.Can I offer you a cocktail on my...

END_OF_DOCUMENT_TOKEN_TO_BE_REPLACED 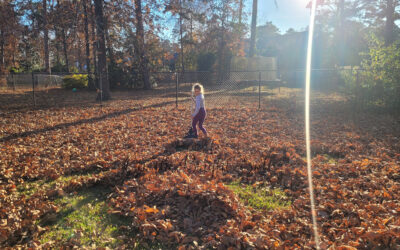 somehow this turned into a local weather report

A few weeks ago AB was a woodland fairy in A Midsummer Nights Dream at school. I volunteered to help "backstage" which was a random room with a sink, a few clothes racks and chairs. The director asked me and another mom to stay backstage and keep an eye on the...

END_OF_DOCUMENT_TOKEN_TO_BE_REPLACED 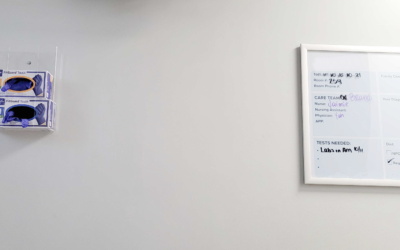 life went to hell in a handbasket

Tap tap. Is this thing on? Testing testing 1 2 3 testing. I am finally emerging from the dark shadows of the dumpster fire that has been our life for the last five weeks. I don't have the energy to detail it all out (and I'd rather forget most of it), but a short...

Annabelle lost her second tooth today. She's not i

For some reason, every night we put AB in bed but

Annabelle had a tough week in school so I brought

"Can we get some things to decorate my room?" "Wh

I watched this video from 2016 seven times in a ro

Some of our sweetest friends here are moving to Ja

This error message is only visible to WordPress admins