A few weeks ago we were discussing the location of Christopher’s battalion ball. He said, “I think it’s at Bruce Jenner Hall.” Excuse me? I told him I HIGHLY doubted any hall in our area was named after Bruce Jenner. Turns out he didn’t have any idea who said individual is and I’m ashamed to admit that I was able to give him a detailed Kardashian/Jenner family tree. Between watching the Bachelorette and knowing about the Kardashian family I’m almost can’t look at myself in the mirror. (This was before the recent developments concerning Bruce Jenner that I can’t discuss without feeling the need to gag.)

The ball was this past Friday night. Everybody knows I love a good ball. Some people (not to name names but Christopher) go half-heartedly but I’m all SIGN ME UP for any event to wear a fancy dress and see people with all manner of paraphernalia on their uniform.

Normally I have my hairdresser do my hair but this time I decided to attempt it myself. I’m not stupid. I’m terrible at any semi-difficult hairstyle so I knew there was a chance it was probably an awful idea but I tried anyway. Unfortunately all the tutorials said to “tease the hair” and this is what I look like with teased hair. 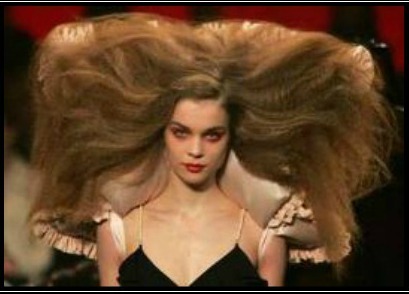 I’m not exaggerating when I say I did my hair for more than an hour and a half (two Friends episodes!) only to end up with it straightened and in a ponytail. My hair is in a ponytail every single day of my life so it hardly screamed SPECIAL OCCASION HAIR.  I was so frustrated I almost threw in the towel and changed my mind about going. I was this close to giving the babysitter my ticket and spending the evening writing negative reviews on all the “easy 5 minute updo” videos. Short story unnecessarily long, I ended up with my hair in a bun. Not that you can even tell. 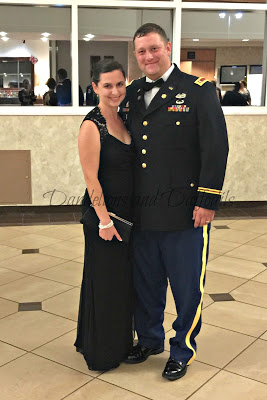 Part of the enjoyment I get from balls comes in the form of giving a running commentary on the appropriateness, or lack there of, of dresses I see. It’s not annoying at all. Clearly I ride a very high I’ve been to four balls so I’m an expert horse.
In other news, I sat next to a sweet woman I met last October. She loves Annabelle so I frequently text her pictures and we’ve made plans to get together multiple times. She’s a tiny Chinese lady who has a thick accent and speaks about as loud as an ant so conversation is difficult. That explains why I don’t know her first name. I didn’t understand it the two times she told me the day we met and now we’re nine months into our friendship and I refuse to as. I was hoping her husband mention it but no such luck. Mrs. No First Name Thompson she shall remain.
At least I can rest secure in the knowledge that I’m her best friend if she ever needs her hair teased.