Quirky is her middle name

Whenever I see Elizabeth, she complains about not being on the blog enough. She says she only wants to see me so she will be prominently featured and complains when I don’t mention her enough. To avoid any such complaints from the peanut gallery this visit, I’m knocking out the post about her at the beginning of the trip.


(She says, “I do not complain! Don’t tell the people that! I am a loyal and devoted fan!” Devoted fan she may be, but naggy nonetheless.)


Elizabeth is very quirky. She’s constantly crawling through tunnels, telling strangers about her health issues and knocking on doors asking if she can have flowers from peoples front yards. In other words, she’s nothing like me. Last night she went to a rock climbing gym to cheer on refugee children as they learned rock climbing. I think it’s ironic refugee children were being taught to climb a wall, but that’s neither here nor there.


On Sunday night she brought us to a secret garden. It’s hidden in a normal neighborhood and you’d drive right by unless you’re in the know. It has acres of paths through the woods with animal statues, garden figurines, fairy gardens, signs, and fountains. It was so cool. 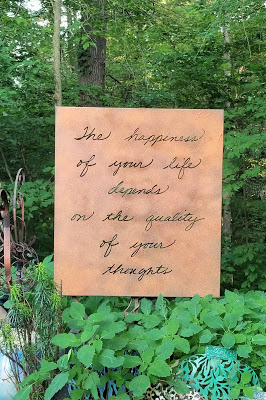 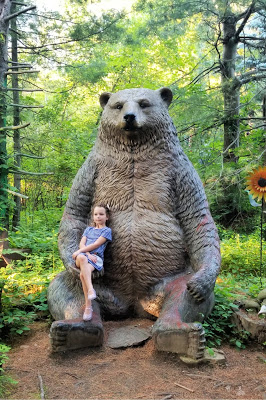 Baby Ivy met us there. She says she’s not a baby anymore but lalala I’m not listening. 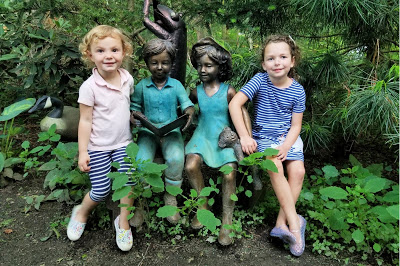 Tuesday she brought us to the town’s media center to watch the taping of an interview with a town councilman because why not. I was skeptical we would be allowed in but she waltzed through the parking lot with AB in tow while I brought up the rear several feet behind. There’s a fine line between being close enough to Elizabeth in case her wild ideas are well received and being far enough back that you don’t seem too involved if things go south. On the slim chance we would be interviewed, I poured water on my hand and washed the strawberry juice off Annabelle’s face. I don’t like when kids are dirty and no child of mine will begin her television career with strawberries on her face and shoulders. I had already reapplied my lipstick because like they say on airplanes, take care of your own cosmetic needs before attending to the cosmetic needs of others. The lady in the office showed us the studio where the recording was taking place and the office where they keep the equipment. It was very interesting but sadly we were never asked to take a seat in front of the camera.


One of Annabelle’s favorite games to plane with me is airplane where I lay on my back and lift her into the air on my feet. We have the regular version and the sitting version with a fancy flip landing at the end. Sesame asked me if I could do airplane with Elizabeth and yes, I can. 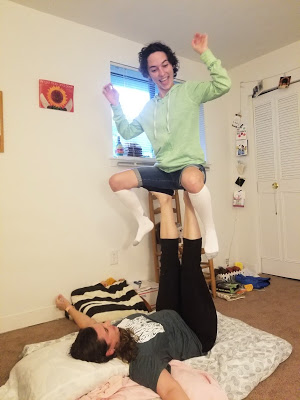 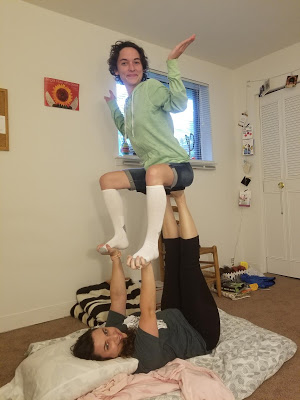 The fancy flip at the end was a huge crash but that’s what she gets for wearing kneehigh white socks from a package that was supposed to be given to a homeless shelter.