I have very few marketable skills, but one is the ability to draw out blogging about events for an entire month. I need to wrap up our visit north so I can get onto other events like mice invading our pantry and other such news from the homefront.


* We gave Mom a surprise 60th birthday party. She knew we were having a get-together but didn’t know the real reason why. We sent her off with Annabelle and Ivy while we got ready for the “cookout.” AB knew about the party and hoping she wouldn’t spill the beans was putting a lot on her little shoulders, but she did relatively well. When she mentioned the party to Grammy, she immediately tried to backtrack and take the words back. “I told Grammy when we get to Uncle Daniel’s for the party, but I meant when we got there FOR THE COOKOUT. We’re having a cookout not a party.”


* Dad took me to see Josh Groban for my birthday. In case you missed it, I said JOSH GROBAN. I spent many years hoping he’d propose to me which sadly (and obviously) he did not, but I hold no ill will towards him. I will continue to adore him all my days. I spent weeks leading up to the concert giving what I believe were beautiful renditions of his songs to Annabelle who was not appropriately thrilled. Come to find out, she had Josh Groban and Jimmy Carter confused. She didn’t understand why I was singing along to a music video with Jimmy Carter.


The geriatric crowd and I enjoyed Josh very much. When Dad and I went to see Josh ten years ago, 80% of the audience was under the age of thirty. This time, I saw less than forty people my age. I was surrounded by grandparents. The others my age may have moved on, but I remain loyal and true. 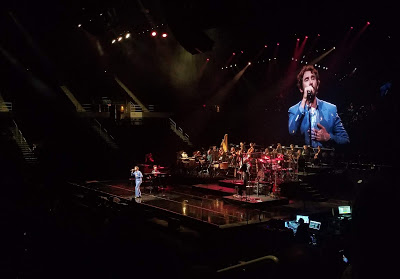 * We went strawberry picking with various cousins and relations. I babysat Zack and Molly for years and years, but now they’re both taller than me and Zack was talking about how he has three years left before college. I need them to shut down that growing up stuff. I love them both, but now that Molly is older we’ve gone from little cousin/big cousin to friends and it makes me so happy. She’s so funny and I love how her personality is still as big as ever. Annabelle has gotten quite a few hand-me-downs from Molly and this orange and pink dress is her absolute favorite. She’s been wearing it for 3 summers now and says it’s her “traveling dress.” I wish I had a picture of Molly wearing it at this same age since it was her favorite as well. 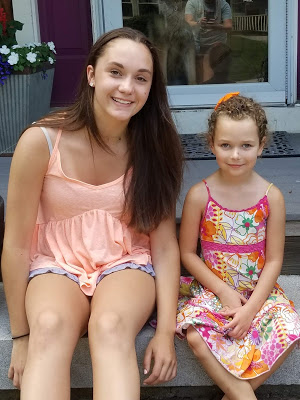 * I took Annabelle to a walk-in clinic. All week long she had been developing weird marks on her face. Naturally, they were barely an issue before we left home when I could have taken her to our doctor, but they took a turn for the worse as soon as we left the state. I’ll keep the description of them to myself, but Sunday I decided we needed to see a medical professional because I had diagnosed her with boils. The Russian nurse said it was impetigo and prescribed an ointment to use for a vague 7-14 days. I’m sure she also wanted to prescribe shoes for Elizabeth, who unexpectedly showed up to “entertain” us as we waited and immediately took off her shoes in the very germy, very public exam room.


* We had our 4th annual Aunt Camp. I was very popular this trip north so Aunt Camp could only be two nights instead of our preferred three or four, but I made it a priority. It’s very important to me that Annabelle spend time with her cousins whenever possible and I want to see Erika as much as I can. Annabelle got a headache, fever and threw up on the first day which damped the mood but we partied on. Daniel watched the girls while Erika and I went to our favorite gift shop. We visit every year and encourage any purchase the other wants to make. When earrings are only $7-12, it makes financial sense to buy 3 pairs.


Aunt Camp has really become a hands-off event. Besides judging the occasional chalk-water tea content and handing out constant snacks, we didn’t have to do much. We gave them water and plastic dishes to play with and they were happy campers. 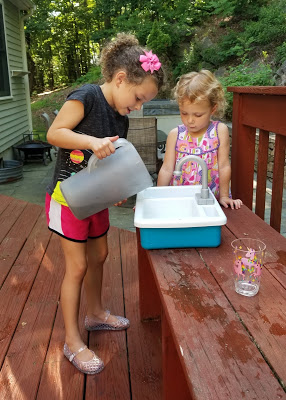 We never get a picture of Erika and I, but you can count on us to get a million pictures of the girls. It’s in my aunt contract to supply matching clothes every year. 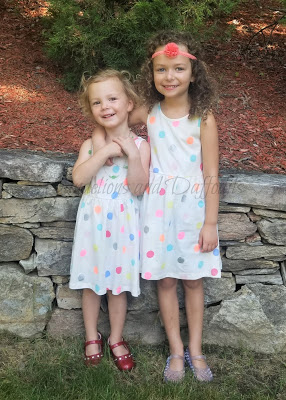 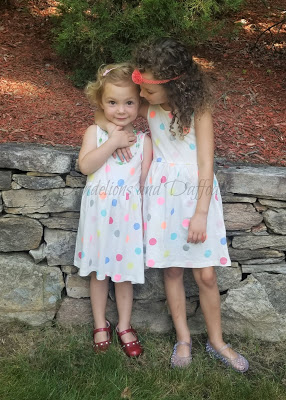 We encourage sharing at Aunt Camp, but sharing isn’t caring when it’s your child shares hand, foot and mouth with her sweet cousin. That’s not the type of souvenir we like to have from camp. The spots started shortly after the headache and random vomiting, so I had to call our doctor on a Saturday for which I apologized profusely. I haven’t had to call him since the quarter swallowing incident of 2018, but I still felt like a needy parent. He said it sounded like a complication of impetigo and recommended I go to urgent care if she got another fever. That brought us to urgent care visit #2 where she was diagnosed with HFM. Our go-round with HFM was so much easier than I expected but poor Ivy was hit hard. Here’s hoping next Aunt Camp has less germs and more days to play.