Several weeks ago, we watched the movie We Bought A Zoo. Naturally, Annabelle asked us to buy a zoo which we won’t unless Matt Damon shows up to run it like he did in the movie, but we did buy a house.


It was all recorded on season 3 of our hit show Keep It or Kick It. This season finds us visiting a home while the owners were there packing for vacation. Don’t mind us! We’re going to inspect your master bathroom while you fold bras on your bed. We visit a home with a very large, very aggressive dog that the owners didn’t bother telling us would be on the porch. We visit a home with a “live, laugh, poop” vinyl in the bathroom. 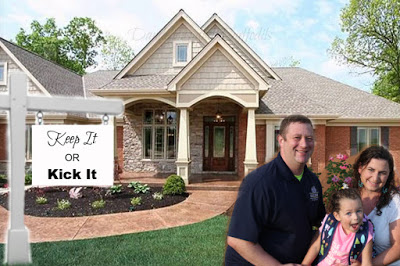 For those keeping track at home (and who isn’t?), this will be the eighth home in our eight years of marriage. A quick calculation shows that somewhere near 7,000 boxes have been packed and unpacked, 4 miles of packing paper and bubble wrap used, and countless amounts of stress food consumed.


It’s no secret that I moved here with what could be called a less-than-stellar attitude. I DID NOT want to leave New York and move to what has accurately been called “the armpit of the south.” Among the plethora of reasons I didn’t want to leave was I didn’t want to physically pack up and move. It’s so much work and I’m so tired of doing it. When we moved to our current rental home, I assumed we’d be here for several years. After a year, we became increasingly frustrated with the house and it’s poor construction and decided to move before the end of the year. Things fall off the walls. Mold started growing on the ceilings after the hurricane in October and it hasn’t stopped. No wonder I get headaches! The landlords did nothing for the mold other than spray paint over it. I’m no mold remediation specialist, but I know that’s not the proper way to deal with it. If we’re going to live in a location we wouldn’t choose, being in a less stressful home would make it easier. Not to mention that mice have recently decided to become our roommates. They don’t help pay rent, but they eat all our food. The entire pantry had to be cleaned out and now our food is on the built-in shelves in the kitchen for everyone to see. It looks like we’re running a grocery store in here. Need Planters cashews? Shelf 4. Two kinds of cereal? Look no further than shelf 2. 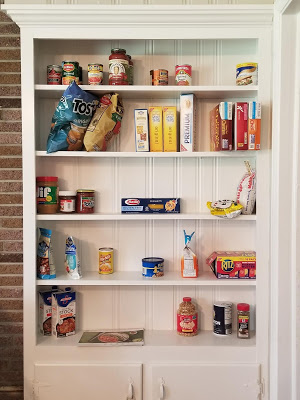 As soon as we decided to buy I went straight to second-guessing the decision. What if we bought a house we ended up hating? Why would we give up a landlord who would use their own money to replace the broken ac system? Why can’t we go back to my favorite house on earth where the Jim’s were landlords sent straight from heaven? We looked at over 15 houses in two weeks. At first, it was fun. I love poking around houses and opening closets! It’s fun to think about how I’d decorate the different rooms. After a while, it got discouraging because nothing was quite right. It’s the first home we’ve bought and I’ve been so worried about buyers remorse. I fell in love with one particular house that needed a good bit of construction. Christopher liked a different one that I thought was blah, but it was cheaper and needed less remodeling. I was so conflicted about what to do I asked our long-suffering realtor to help. She hadn’t given her personal opinion until that point, but she sided with Christopher. That sent us back to square one.


We had pretty much decided to take a break from looking when we found out about a house that wasn’t on the market yet. We had seen pictures online from the last time it sold and several of the rooms had wallpaper and much of it needed updating. I’m not at all against putting in the work to paint and upgrade, but I didn’t want to buy a house with a laundry list of items that we wouldn’t complete for the next 10 years. When we got there, we saw that the current owners had done all the hard work of taking down the wallpaper, fixing the deck and most of the other issues. It’s such a pretty house and the backyard is perfect for playing. It has a real driveway and is in a real neighborhood which is such a positive change from where we are now. We live on a 55mph road with a long rocky dirt driveway. There’s nowhere for AB to ride her bike or play chalk. We haven’t had any issues with our neighbors, but they have people in and out at all hours so I have to keep an eye on AB every time she plays outside because of how our yards are oriented. I’m sure she’s perfectly fine, but it makes me nervous. It will be so fun for her to play in a shaded yard with a fence. Her little friend Sammy lives in the same neighborhood so she already has a playmate. I’m so excited to have a fireplace mantle again and start decorating. Christopher will have a dedicated area for his woodworking tools which means no more sawdust in the house. It does have a frog doorknocker which will obviously be burnt to the ground as soon as we’re handed the keys.


In the meantime, this is the current state of my house. It is the sanctuary of peace and tranquility I always strive to give my family.


I tried to organize and I made things worse. 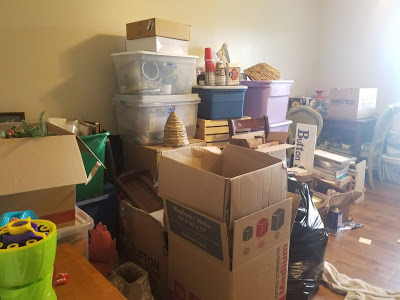 Each move has gotten hard when it comes to Sesame. Back in the day, I could power pack while she napped. These days she’s constantly asking if I’ll play pioneer or make crafts with her. I feel bad that I can’t play with her as much as normal but I have to get things done. I have normal daily life to keep up with on top of packing and I can’t do it all. I try to give her jobs she can help with so she can work near me. She packed most of her toys, ripped up old bills and sorted the tupperware containers. It’s important that she be a contributing member of the family, not just someone who eats a lot of snacks and has a fabulous wardrobe. 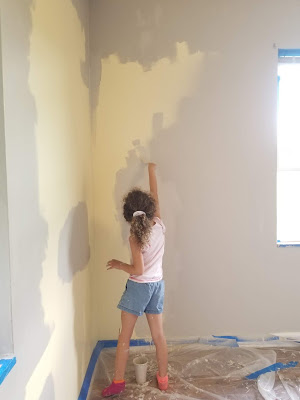 Speaking of noncontributors, the cats are not pulling their weight around here. All they do is sit in boxes I’m trying to pack. 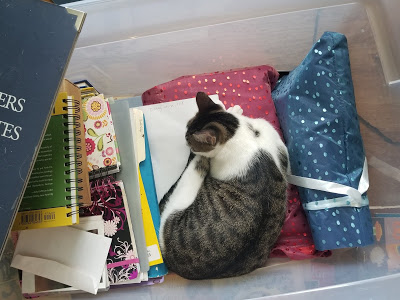 Then they have the audacity to take several naps a day after all that nothing. 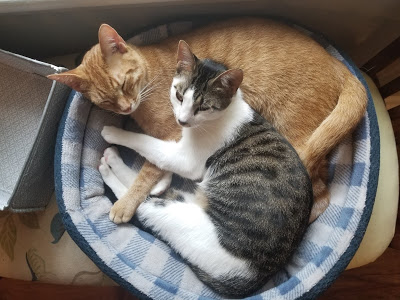 The man who will be moving the furniture came by to give an estimate. His name is Jazzy which brings me joy every time I think of it. I told him the hutch is my pride and joy, second only to my child and I wasn’t kidding. I have lugged it up and down the east coast and will continue to do so until I die. 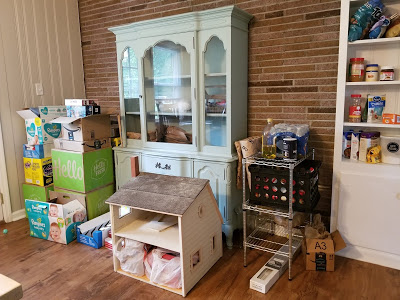 I’ve spent less time in the new house than I spend in the checkout line during an average visit to Walmart, but I’m hoping it will be the perfect spot for us. If not, season 4 of Keep It or Kick It might be happening sooner than expected.