For those keeping up with the saga that is Lucy’s allergies (and who isn’t?), I had to take her back to the vet for recurring sores on her legs. They took her back without me which was fine because I needed to focus on AB who had attached the leash to her dress and wanted me to walk her like a cat. I asked the very timid vet assistant to ask the vet for a more concrete plan than me bringing her for a shot every month. She returned several minutes later with the following medical plan: put hydrocortisone or antibiotic ointment on the trouble spots and make sure Lucy doesn’t lick it off. Sure. No problem. I’ll do that right after I stop the waves in the ocean and keep the world from spinning. There’s no way I can control where the cat puts her tongue.


On Sunday we had a little Christmas party for a AB’s friends. I told the family several times in the days leading up to the party that I wasn’t going to go crazy about it. It was going to be very relaxed. I scheduled it for 2 o’clock so I wouldn’t have to serve lunch or supper. All we needed to make was snakcs. Everyone would be impressed with how non-OCD I was about the napkins. Weekday Sarah forgot to tell party-eve Sarah the stay chill plan. I won’t go into details but it was not chill.


This was pre-craft and cookie decorating. The whole house was clean and quiet for all of 7 minutes. 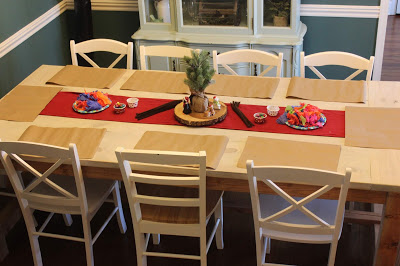 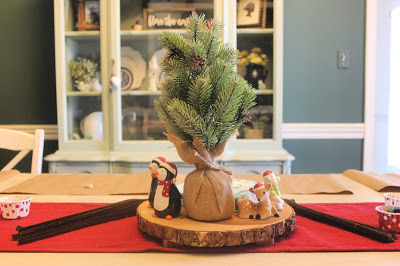 To be honest, the house wasn’t entirely clean. We piled stuff into a laundry basket and hid it in the closet. The picture has been leaning against the dining room since we moved in several months ago. 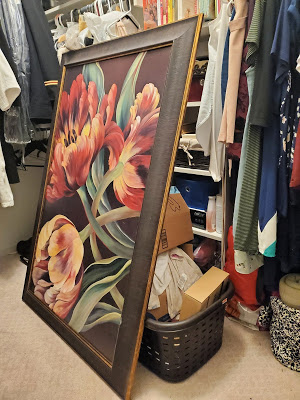 I planned on making a bead snowman craft but when I went to Joann’s they were out of beads. I stood in the fake flower aisle and scrabbled to find another option that didn’t involve paint. Plastic ornaments were on sale so I bought a bunch to stuff with tissue paper and decorate to turn into reindeer. 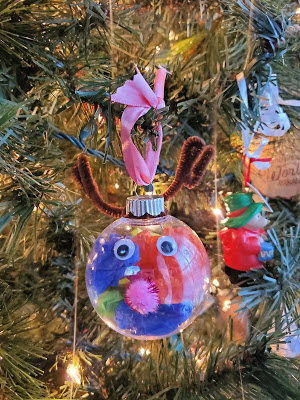 The kids crafted, decorated homemade cookies, ate played, scarred the cats for life and genuinely seemed to enjoy themselves. Annabelle, who had done 12% of the preparations told me, “I’m glad I’m learning to be a host but it’s A LOT of work. I need a nap.”

Me too, sister. Try orchestrating a kid’s party AND making sure your cat doesn’t lick her legs.