nine on the twenty-ninth

Today is our 9th anniversary.

We had planned on having a lovely supper with our anniversary twins William and Kate at their humble castle but the virus disrupted all our plans. We were all looking forward to seeing other adults and talking to someone besides our children, but we’ll try again next year.

I tried coming up with nine new things we did or experienced this year but I could only think of four. Four is also the number of pictures we took together this year. The number gets lower every year despite my best efforts to take more.

1. We bought a house. Several times a week I think how much I love this house and I can’t believe it’s ours. The locale is not ideal or one we’d pick, but I love the house. It’s been so fun to create a life in a home we own. 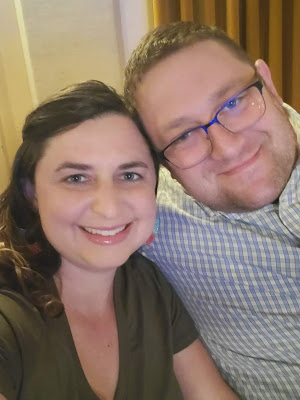 2. It hasn’t been the best of years as far as events in our personal life. We’ve had sicknesses and drama and frogs and our first miscarriages.


3. We’re quarantining together for the first and PLEASE GOD LET IT BE THE LAST TIME. He’s still working so we haven’t had the level of togetherness many couples have, but I wouldn’t say this virus has brought out the best in us. The other night I moved to the other couch because he swallowed his soda too loud. It was a low point. But we’ve been consistent with playing more family games in the last several weeks and I hope we continue it if we’re ever free to resume a normal life. We started a new Saturday tradition of getting coffee from the drive thru then going for a walk around the pond. We’ve always been fans of family walks but having a designated time and place has made it a little more fun.

4. This is a real stretch when it comes to firsts but like I said, I’m really scraping the bottom of this barrel. We finally got a white comforter. I had wanted one for years but never gotten one because…it’s white. White shows stains like no other. But I found it on sale at TJMaxx then found the blue bird pillow on sale at Pier 1. It was a $28 pillow I got for $3.28 so I basically made money on the purchase. The comforter has gotten dirty because we have cats and a child who constantly has dirt on her somewhere, but I love it. 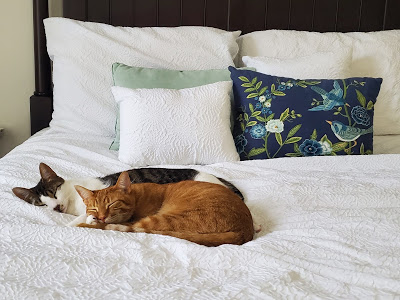 
Christopher’s sewing needle phobia has not improved since last year. Even though I have accidentally lost several needles, AND FOUND THEM ALL, he has no confidence in me when I get out my cross-stitch. Just this Sunday I couldn’t find my needle so I was shaking out all the blankets and pillows on the couch. AB asked what I was doing so I whispered, “I dropped my needle but don’t tell Dad.” Just then Christopher walked by, saw the blanket laid out, and asked what was happening. I told him not to worry about it. I had it under control! But blabber mouth Sesame called out, “She lost her needle again!!” I cannot trust her to keep my deepest secrets. Turns out the needle was exactly where I had stuck it in the couch for safe keeping so it all turned out fine. I ALWAYS FIND THEM.


When Christopher has trouble screwing the toilet paper holder into the wall, he abandons the screws and superglues that sucker to the wall.


He refills my water bottle with large amounts of ice and fresh water every night. For some reason, I do not like refilling my water bottle. I don’t know if it’s the untwisting the lid or what but I don’t like doing it. I’ll ask my therapist about it next time I see her.

When I was sick after the cruise I asked him to get some sudafed from Walgreens. He bought back five different medications for me to try. If I ask him to pick up cough drops on the way home from work he’ll arrive with four different brands so I have options. 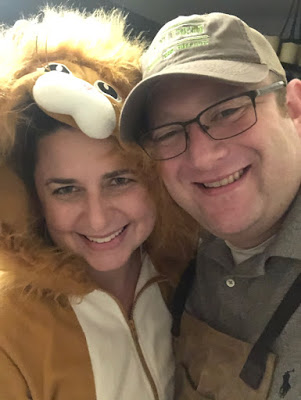 I hope AB marries someone who will refill her water bottle. They’re the best kind. 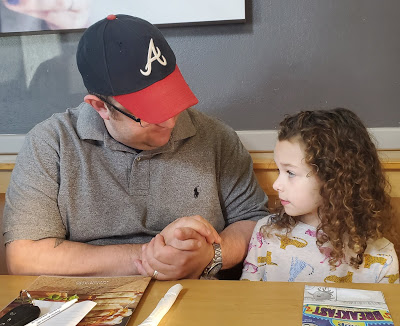