It was much easier to take AB’s birthday photos on her second birthday. All I had to do was fake sneeze and she’d burst out laughing. This year she insisted her leggings matched her dress (they didn’t) and she intentionally let go of the blue balloon and we never got it back. 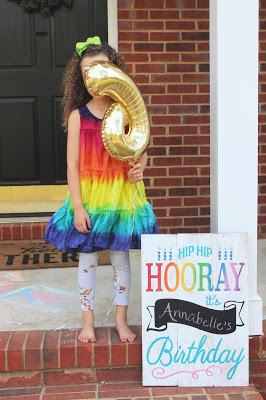 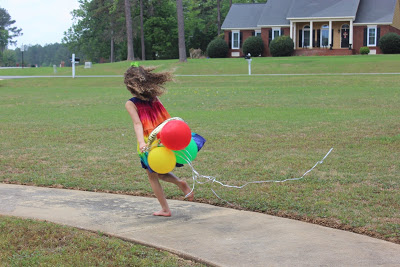 On birthday eve Christopher inflated somewhere around 38 balloons. We take birthday balloons very seriously around here. I’m so happy we have a mantle to decorate again. Hanging the birthday banner from the tv stand isn’t nearly as festive. 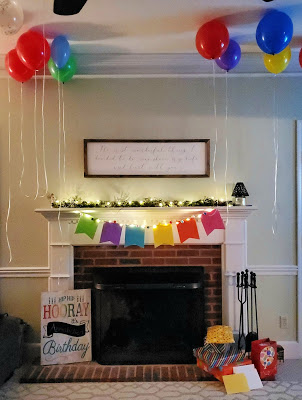 We had a very low-key day. Annabelle opened one of her gifts in the morning (she opened the rest at night) so she’d have a new thing to play with during the day. I baked the cakes the night before so all I had to do was make the frosting and cake toppers the day of. Cake decorating is 1000% less stressful when I’m not worried about all the rooms being spotless for guests who are arriving in 3 hours. Normally I’m a chicken with its head cut off on birthday party day but I enjoyed the slower pace. The downside is no one was here to appreciate what I’m ranking the best birthday cake I’ve ever made. 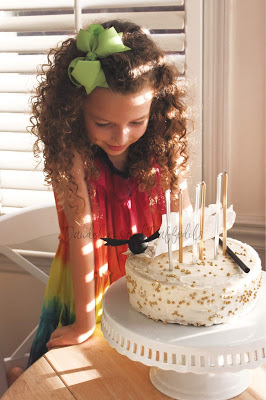 Sesame wanted a Harry Potter themed birthday which is NOT a theme I ever would have picked. I wasn’t allowed to read the books growing up and I would have been fine if she never read them, but Christopher enjoys them and the two of them have been listening to the books together. He’s able to explain and discuss questionable parts as they go. She won’t be able to listen to anything beyond the first three books for several years which means she’s listened to those three at least 5 times since January. By virtue of living in the same home, I too have listened to the first books 5 times. She has spent so much time telling me the rules of quidditch, the history of this character and asking questions about how such and such potion is made. I’ve been through a similar Harry Potter indoctrination before. We got married the same year the last Harry Potter movie came out and Christopher thought I needed an HP movie marathon to see the previous seven movies. It was SO MUCH Harry Potter. Now nine years into our marriage I’d say peace out, I’m going to watch A Walk to Remember so you’re on your own, but newlywed Sarah was very obliging. 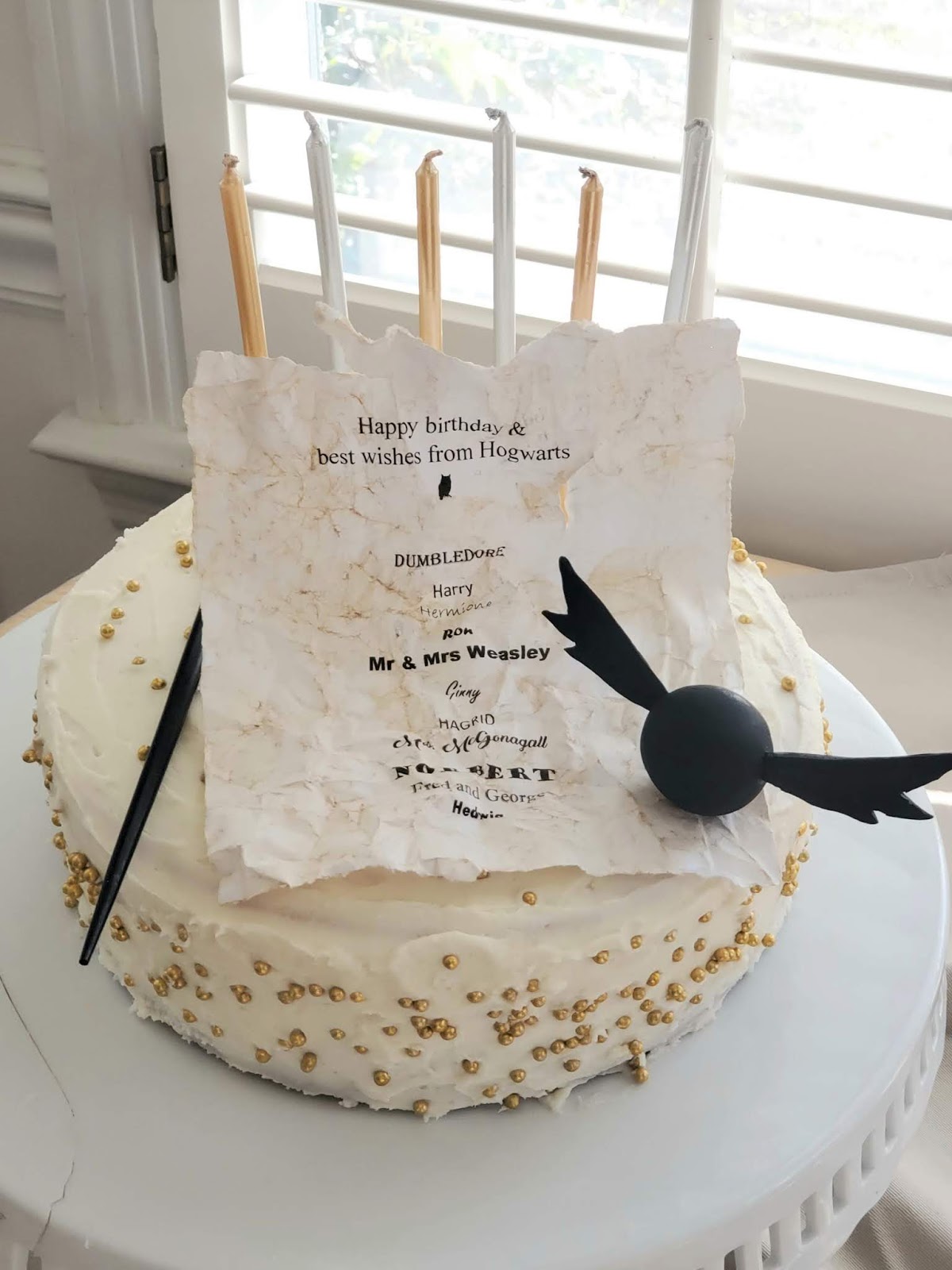 AB asked that her birthday cake have a letter from her favorite characters on it. I printed a birthday letter signed by several characters, colored it with a tea bag and crumpled it to give some texture. I made the little quidditch ball (sphere? playing piece? I haven’t been paying much attention) with playdough that morning and used a black chopstick for a wand. I was dealing with health issues that week and didn’t have the energy to create a personalized wand. 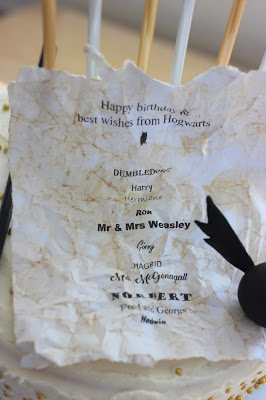 We were able to get both sets of grandparents, all aunts and uncles and a few cousins together to sing happy birthday to her at the same time. It made me so happy. So few family members have been able to attend her birthday parties because of distance and it meant a lot that they did this for us. 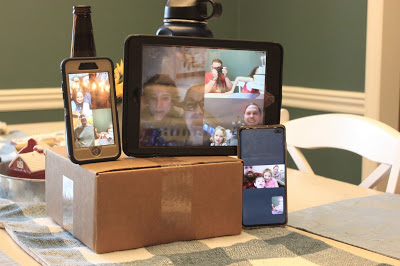 They couldn’t get a good view of the cake but they didn’t require me to clean the bathrooms either. All in all they were perfect party guests. 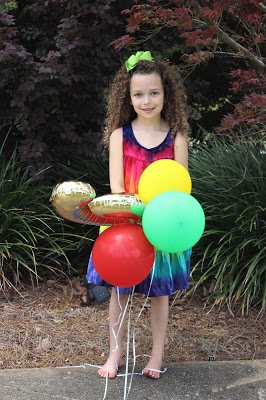