I didn’t win the game but I kept my crown

This is the story of my life. 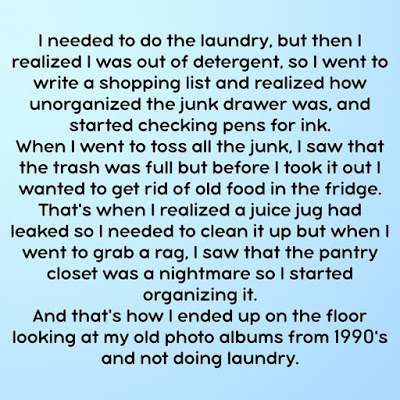 Yesterday Christopher called around 1:30. I told him I was going to do a second coat of paint on the cabinet doors then sit down with the heating pad. The next three hours were a snowball effect of little jobs. I painted and washed the brushes, made supper (I’m constantly forgetting I’m the adult responsible for meals around here), got AB in the tub and washed her hair, washed several pans, loaded the dishwasher, swept the floor, threw away some old food and took out the trash, got a snack, washed paint off the floor and went out in the pouring rain to shut the car windows. When Christopher got home around five o’clock I had just finally sat down. This is why I feel like I get none of my things done. I’m always doing one thousand other things!

We finally had church on Sunday. They had the parking lot split into three sections- people with lawn chairs, people in golf carts, and people in cars. We were in the car group. 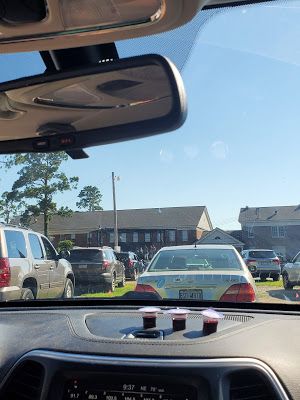 AB and I dressed in our church clothes like normal even though no one would notice what we wore. I thought it might help her remember that even though we weren’t inside we were still worshipping. At one point I looked in the back of the car and she was doing a headstand against the driver’s seat and her dress was bunched under her arms. I should have put her in a gymnastics leotard. 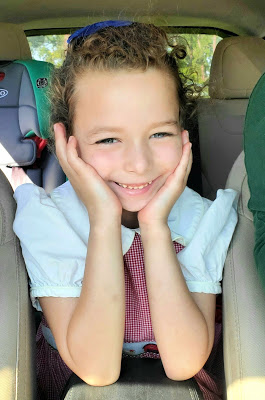 We were given these little all-in-one communion cups, complete with a wafer on top and the dove of the Holy Spirit printed on the top. 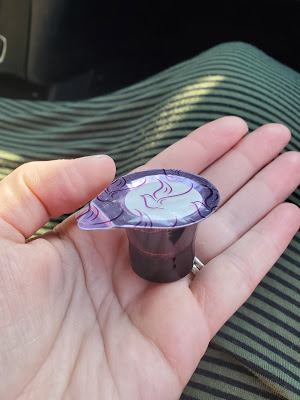 That afternoon we participated in the holiest of Sunday games, an online murder mystery with my relatives. It’s a little known fact that I can be very competitive. It usually only comes out when playing games with my siblings and has weaseled its way into my marriage. I cannot count the number of times Christopher and I have started to play a game and I start with the smack talking and he responds with, “Ok.” Ok? That’s not the kind of competition I’m looking for! Elizabeth brought the same level of nonchalance when I asked if she was playing. 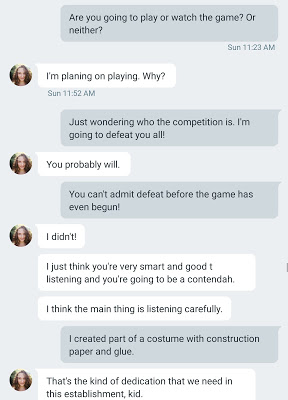 The theme was 80s Prom Gone Wrong and everyone dressed their part. I was given the role of Peter Prez, the class president who was hoping to be crowned Prom King. I made myself a crown since I was sure to win and a winner is always prepared with accessories. 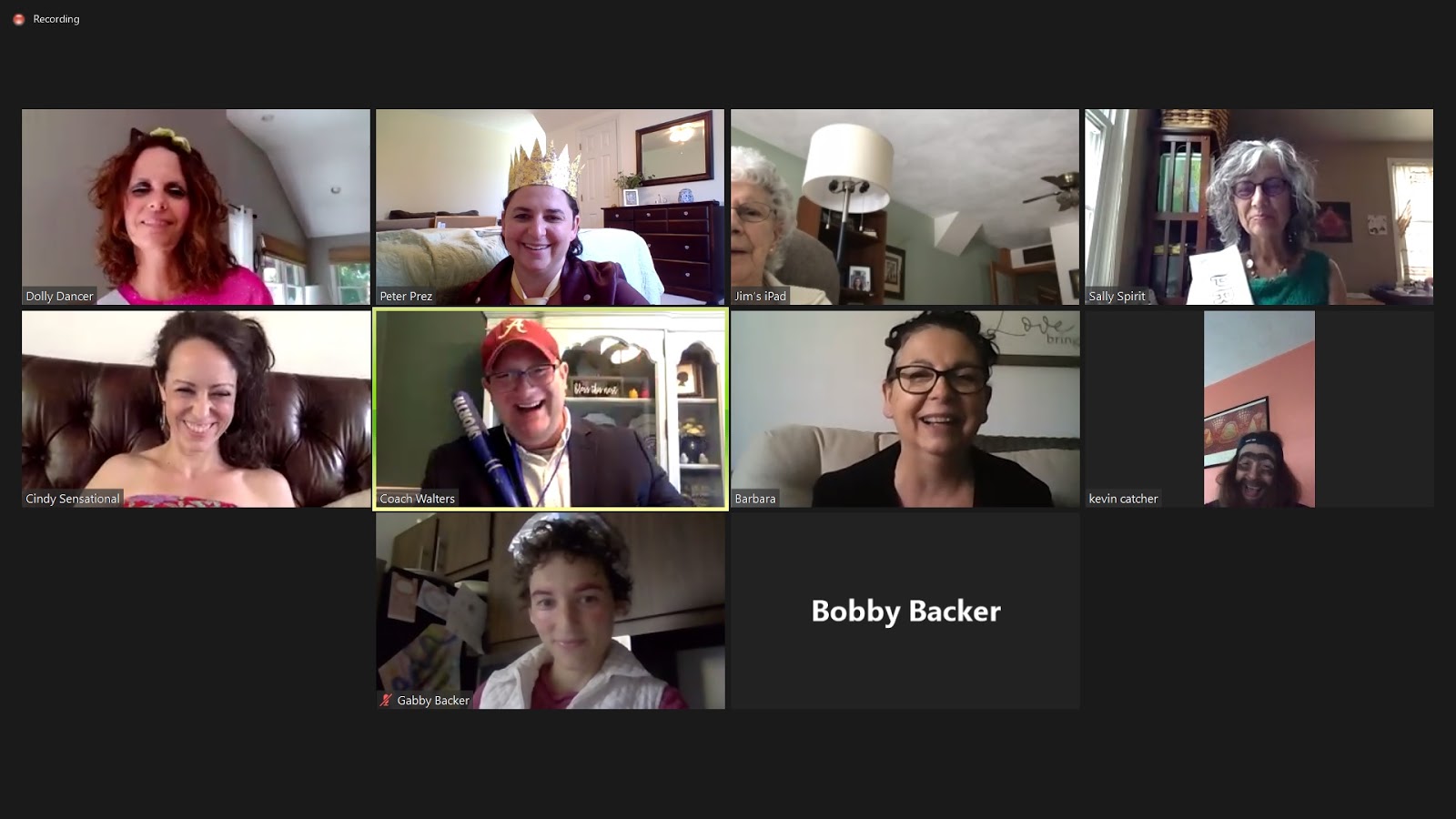 Maybe I’ll wear my crown to church next Sunday.