things were good in her ‘hood

I am not a fan of Halloween and have not one Halloween decoration to my name. We tend to stick with general fall-themed decor. Annabelle mentioned off-handily that it would be funny if a friendly ghost was pretending to play our electric keyboard. I used two vacuums, a drum and cloth pumpkin a little magic to create a piano-playing ghost. When we got home from school, I turned the piano on so it would play an assortment of classical hits and jazzy tunes. Then I used the vacuum to clean the rug so not only was it decorative, it was useful. 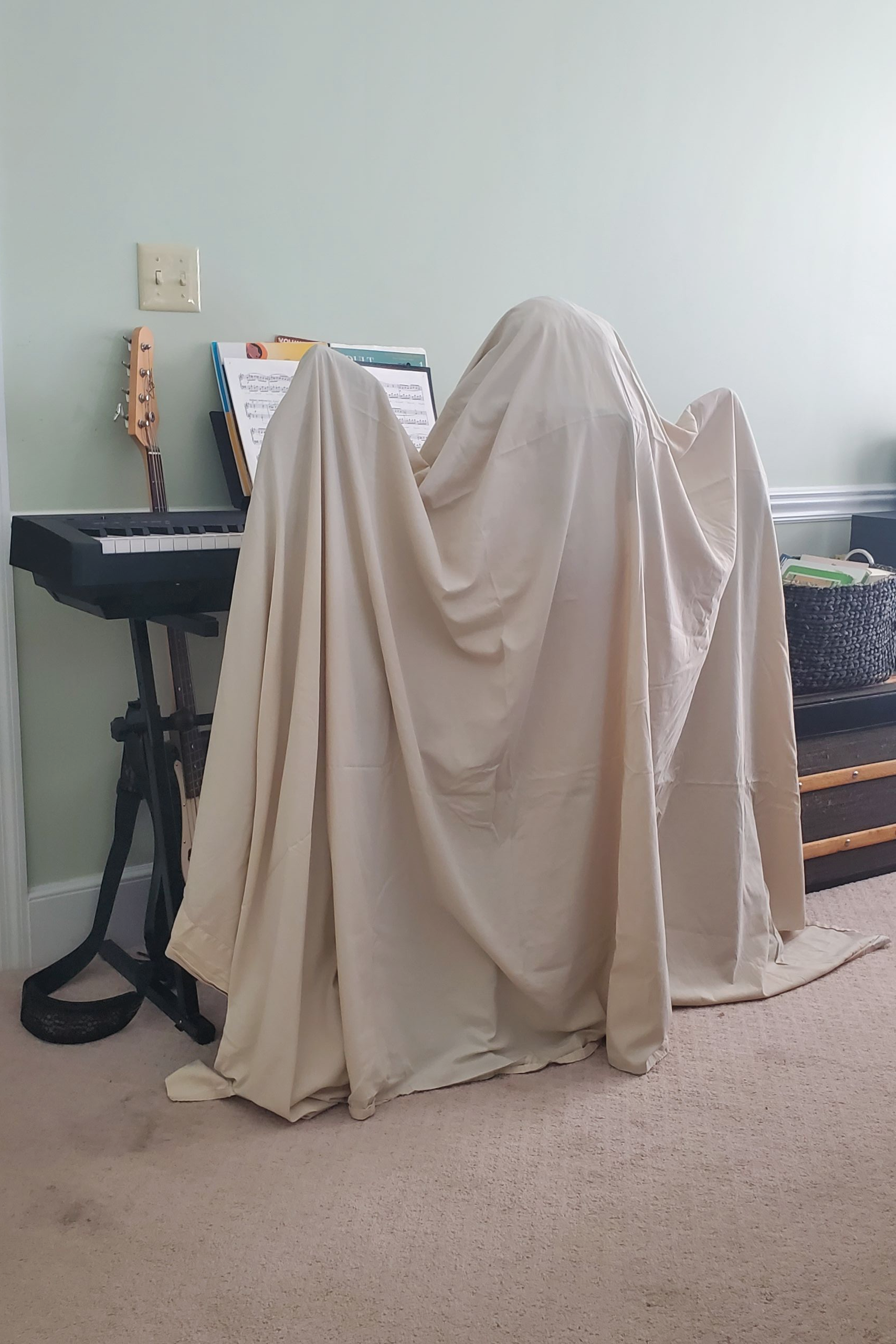 I broke one of my cardinal parenting rules this Halloween. I’ve always said that AB can’t change her mind on a Halloween costume after October 1st unless she wants to wear something in the dress-up basket. Usually, I make her costumes and I need plenty of time to cut and stitch and hot glue gun my fingers. This year she said she wanted to be a bat which, to no one’s surprise, did not thrill me at all. I longed for the days of costumes with tutus and wings. I hadn’t started making the bat costume yet when she switched to Little Red Riding Hood. It was a surprising choice since she’s never mentioned liking Red, but she was listening to her podcast about fairy tales and decided to vote for Little R. R. Hood 2020. I hand sewed the apron while watching Netflix, much like Caroline Ingalls did in ye olden days of the 1800’s. 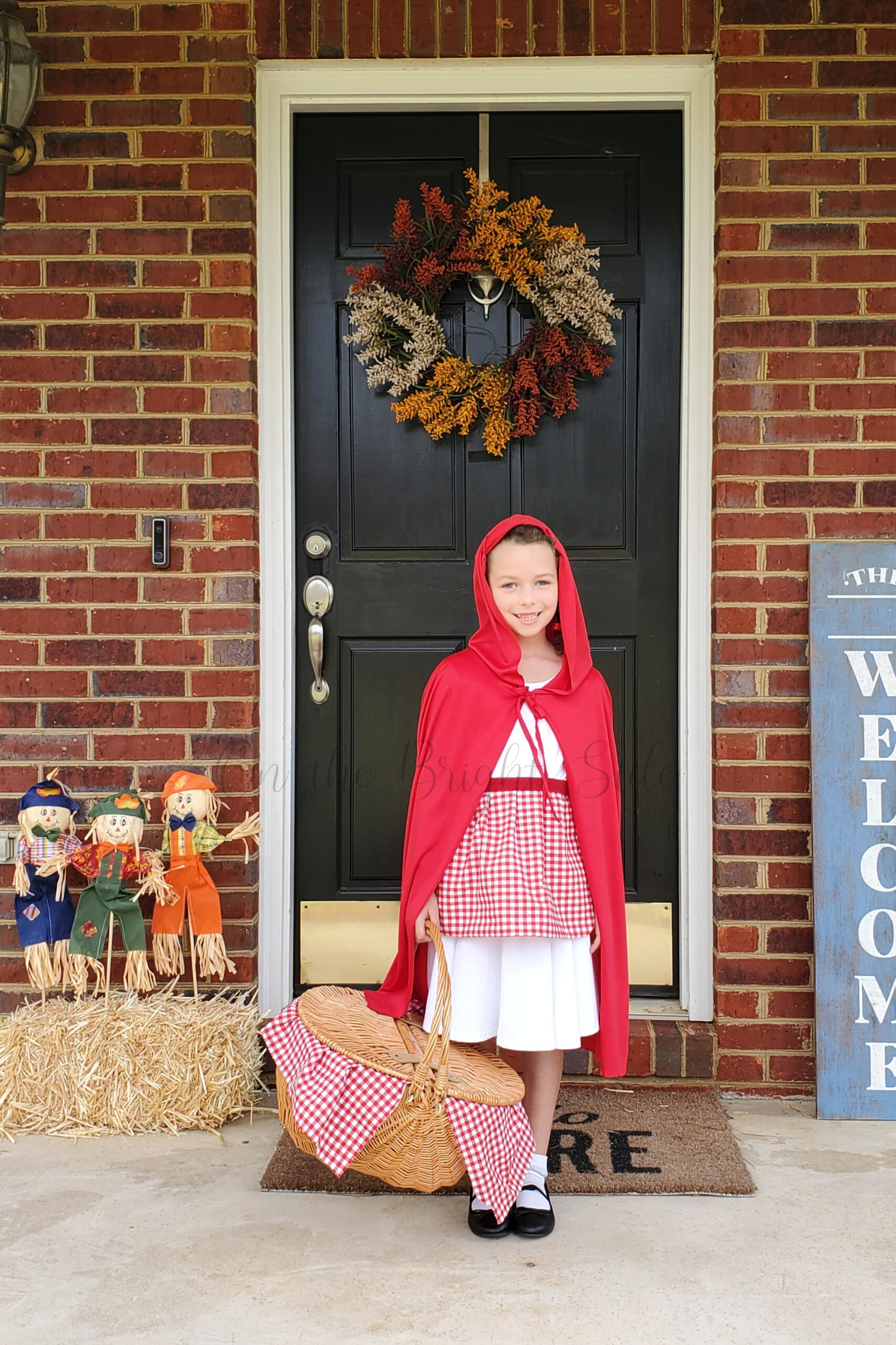 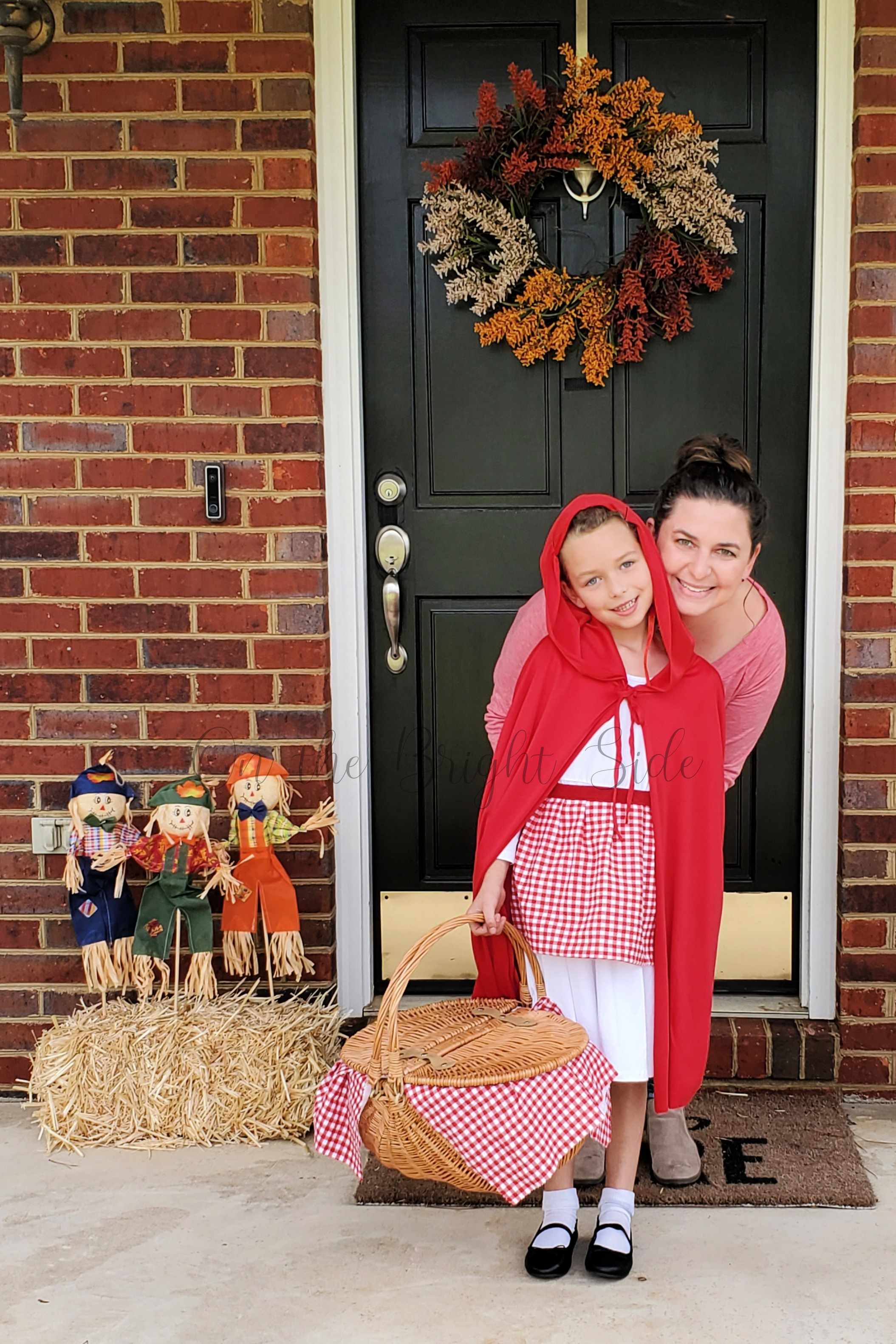 The hairdresser told me that “they” might cancel Halloween this year. Normally I wouldn’t care but I did not want AB to miss out on another thing this year. Whoever “they” are could knock on my door and try handing out a cease and desist order, but gosh darn it she was going to have a chance to dress up.  I didn’t think it was any more dangerous than taking her to the grocery store. We went to an outdoor trunk or treat at church and she skipped around the building ”like Red Riding Hood does.” It was precious. When we went to a few houses that night, she kept asking that we stay back while she went to the door. Then she’d get nervous and turn around every two steps on the way to the door turning around to make sure we were still there. She repeatably walked into bushes and shrubs because she was too busy looking behind her. Little Hood isn’t ready to be out in the woods by herself. 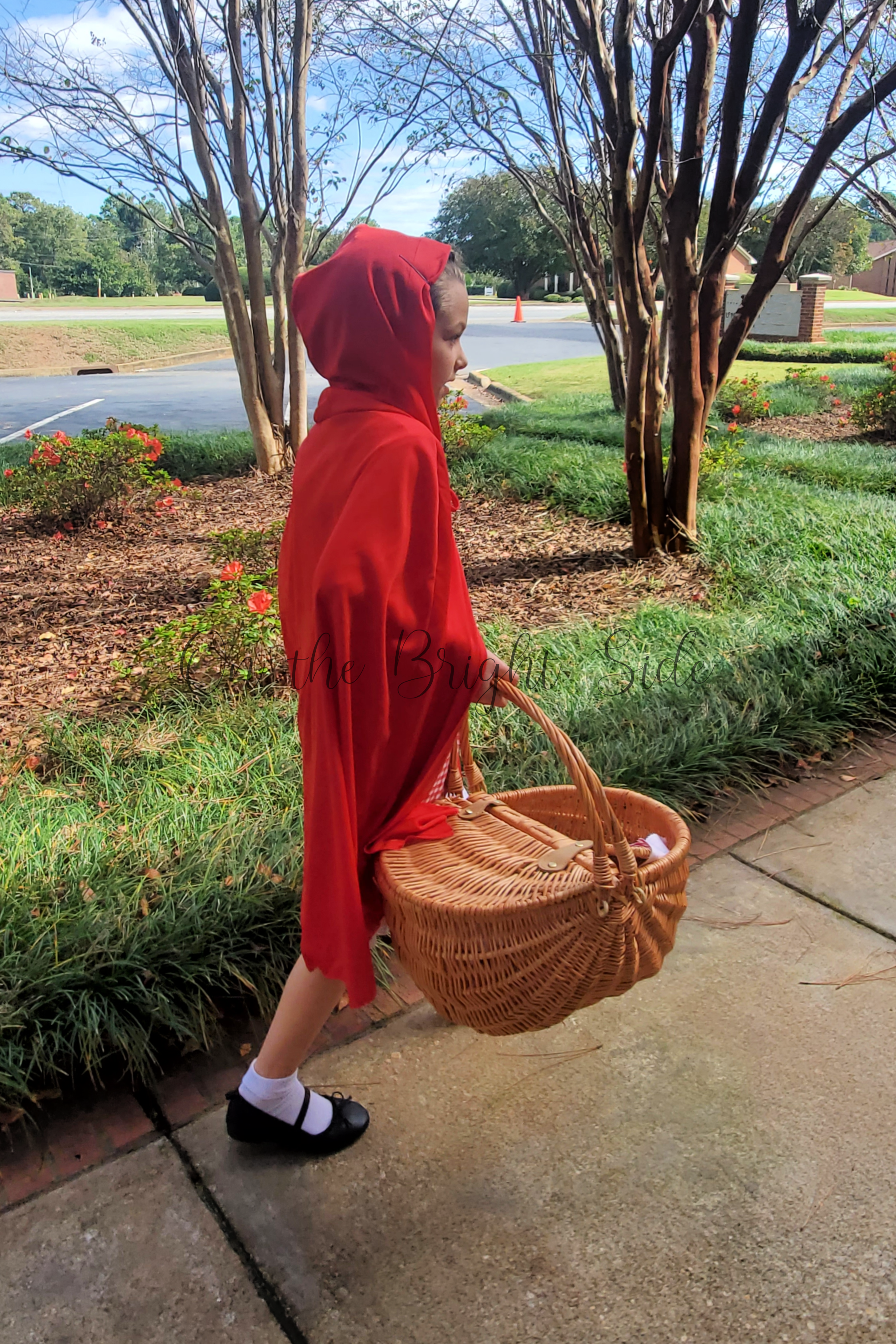