I have exactly twelve minutes to type this out before I need to do the following: pack AB’s swim bag, try on my new bathing suit, switch over the laundry, find my library book, pack snacks and zip out of the driveway for school pickup. I do mean zip because this is my new set of wheels. 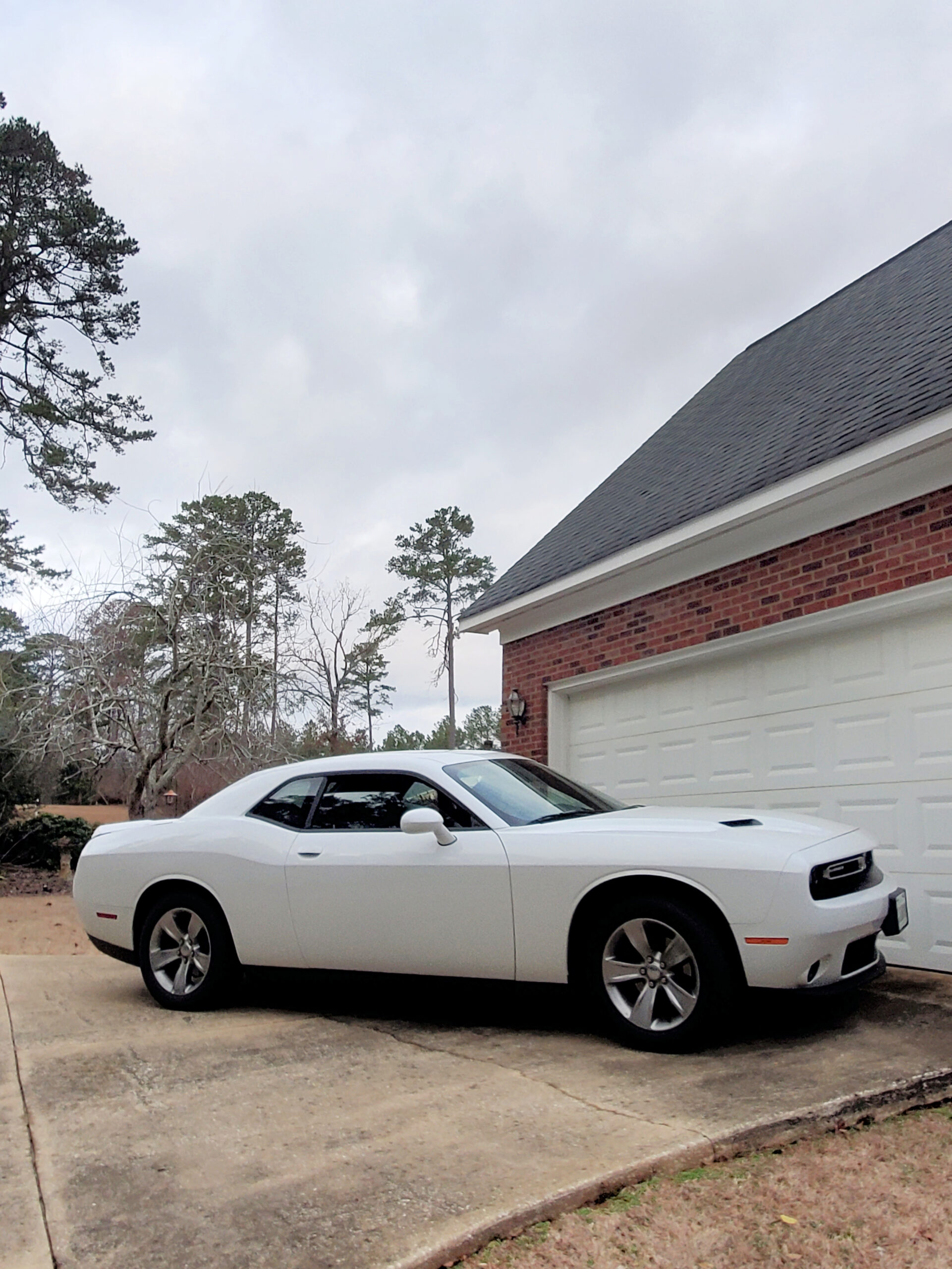 Christopher’s car is at the mechanic so we got a rental car. Christopher told them he wanted the most basic model at the lowest price point and this is what they gave him. I have never gotten so much pizzazz for such a small amount of cash. I did buy a pair of large (fake) pearl earrings for $2 but this car might beat that purchase. Christopher has no desire to drive it ‘because “it’s too bold and obvious” but I said HAND OVER THE KEYS. I am the most wallflower of all wallflowers but I will be happy to cruise around town in a sports car. To be honest, I can’t find the inside door handle but once I did it was smooth sailing. On the way to school this morning, Annabelle said “Do you think people are looking at us because we’re cool?” Absolutely. I didn’t look cool when I get out with crumbs on my leggings because I had to eat toast in the car on the way to school, but from the outside things look great. It does have an odd smell thanks to the severe lack of cleaning over at Enterprise but AB waved her arms around wildly in an effort to spread the smell so…

Narrator: “She did not finish her sentence before the alarm rang and she had to leave, nor did she remember what she was saying about AB and the smell.”

The new bathing suit didn’t look good and I couldn’t find the library book so I was unsuccessful on two fronts, but I did remember the snacks. But back to the car, it’s been a true delight. It’s been in our possession for 24 hours and there are already cracker crumbs in the back seat because we can’t have nice things, but us girls feel like hot stuff zooming around town.

At swimming lessons today, Tim, the on-duty lifeguard, and Maddie, the lifeguard not on duty but there to flirt with Tim (did you follow that? Do you need a chart?) were having a whispered conversation. Neither of them has announced in my presence that they like each other, but it’s very obvious. Why else would they want to hang out at arguably the country’s most boring YMCA every Tuesday after her shift at Olive Garden? Tim jumped off his chair, pumped his fist in the air and loudly said, “I bet lions taste good. Any animal that can eat humans must taste good.” Really? Is that sound logic? I think not. If only he put half that energy into watching my child in the pool. A few months ago a different lifeguard was teaching water aerobics from the pool deck. He was standing on a yoga mat and had dragged over a portable fan. The entire cord of said fan was going right through a puddle. I took Annabelle and exited the building as quickly as possible. I don’t want to meet my maker because of a dude who doesn’t follow simple rules about not using electricity in water.

I don’t know why this blog has become a documentation of our local Y. When it goes up in flames I will be called as a witness close to the scene.

On Sunday Annabelle had a splinter in her foot that we couldn’t get out. She is VERY dramatic about splinters. She will cry and jerk away when the tweezers are a foot away. I brought her to the doctor on Monday morning and let the doctor be on the receiving end of the howls. He got it out in less than 12 seconds which proves once again why he’s the one who gets the big bucks. He said it was a sliver of pinecone (?) and jokingly asked Annabelle if she wanted to keep it. He does not know her like I do. I truly thought she would say yes and I’d have to either A. find it a home or b. accidentally on purpose lose it. This is footage of me signaling the doctor to take back his offer.

There isn’t much else to report around here. The dryer stopped working properly so I’ve turned into Ma Ingalls and have put up a clothesline. Sure, one end of the rope is tied around a satellite dish pole which isn’t very prairie-like and I’m hanging up my daughter’s pants, but other than that it’s identical to the Ingalls. We both wash our husband’s shirts. We both hand scrub stubborn stains. My fancee car has Billy Joel radio but other than that we’re practically twins.