may perspective be 2020 and we not repeat these mistakes

Welcome to my yearly airing of grievances where I beg the world to cease and desist all behaviors I find annoying. It goes without saying that any and all viruses which shall not be named are no longer welcome in the new year.

+ Several years ago in my grievances I mentioned how I loath abbreviated words such as sammie, brekkie, and addy (instead of address). It makes me gag just writing those words. Sadly the world has not listened to me and I’m still hearing those words. I come to you this year with a new word we need to abolish from our vocabulary: K instead of ok. Do you not have time to type ONE more letter and make it a complete word? I’m not asking that people go above and beyond by spelling o-k-a-y. All I’m asking is for a complete word.

+ Political pamphlets. It was a veeery long political season and in Georgia, it still hasn’t wrapped up. We’ve been getting 2-5 pieces of mail from both political parties almost every day since October. We’ve known who we’re voting for in the runoff election for months so we learn nothing new from the pamphlets and they go straight into the trash. At this point, I think I should have kept count of which party sent the least mail and vote for them!

+ Groups of friends who get together for visit then spend the entire time on their phones and not interacting with one another. One time at church I was VERY ANNOYED WITH THE WORLD and I directed this annoyance at a group of teenage boys sitting in a row, each on their phones. I wanted to roll up a bulletin and throw it at them but Christopher said isn’t how we are to behave in church and it doesn’t need to bother me so much and who suddenly made him the reasonable one in this relationship?

+ One-way aisles in stores. This issue was brought up by the pandemic shandemic and much like the pandemic shandemic, it needs to be kicked to the curb. If the one-way arrows on the floor are meant to limit interpersonal contact, then tell me how it makes sense for me to see the box of crackers I need in empty aisle 13, but the arrow is saying I need to walk up crowded aisle 12 to get to the other end of 13 so that I’m not going the “wrong” way. I understand their reasoning, but it’s not well executed. I’ve said before how I’m a very conscientious rule follower, but this makes absolutely no sense. I tell my conscience it’s more of a suggestion/preference than law as I go into the empty aisle the wrong way. Our grocery store recently took down the arrow stickers because no one was following them. TJMaxx still has them but whoever put them on the floor didn’t pay attention to what they were doing because in one section the arrows make a square around the food and you could go ’round and ’round for hours. In another spot, the arrows meet in the middle of the aisles and are pointing in opposite directions. –> <–

+ Constant notifications for phone and computer updates. I will push ‘ask me later’ and ‘postpone’ 99 times so I don’t have to deal with the changes the updates will bring. I can only push postpone on my phone so many times before it does its own thing and updates itself but I will delay as long as possible. 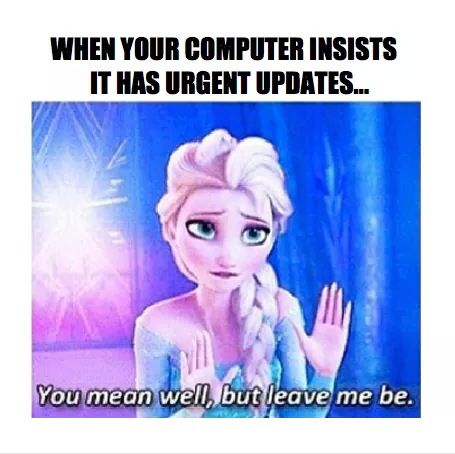 + Boomerangs. I don’t mind boomerangs that are someone diving off a cliff then going in reverse up to the top of the cliff. There are some very entertaining and well done boomerangs. The boomerangs I’m specifically speaking on are pointless. A girl did a boomerang of her hand taking a book on and off a shelf. Someone else posted a boomerang of stirring her coffee. You could literally do the same action without the boomerang part and it would look the same. 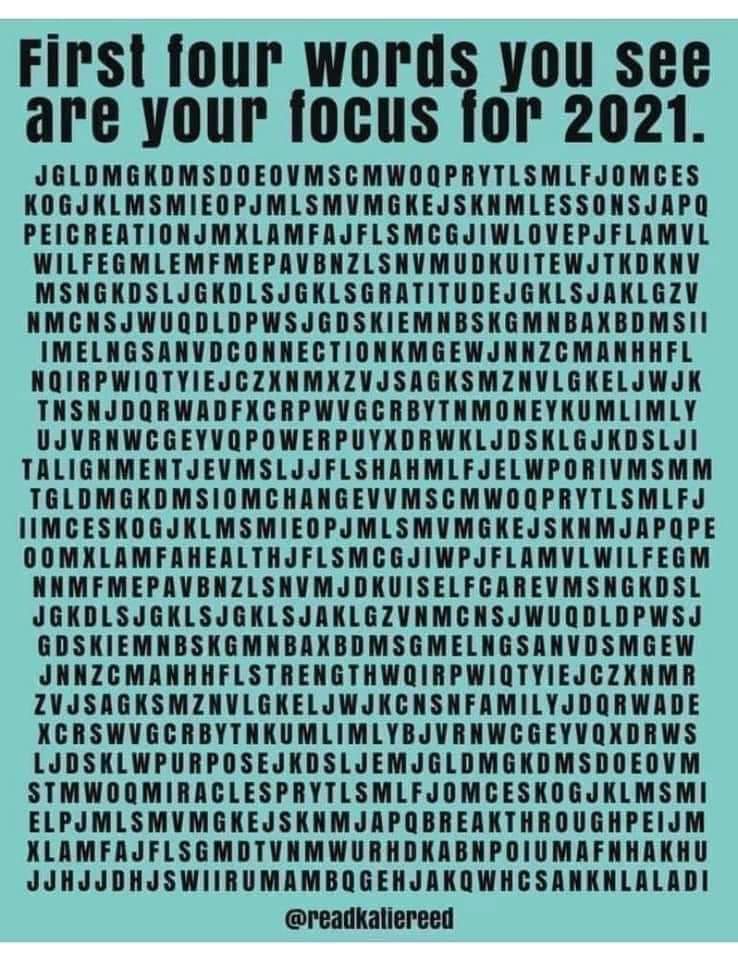 The first word I saw was mud. I was hoping for something along the lines of plenty of sleep or an unexpected windfall of cash is in your future. I hope this not a sign of things to come!