Jealous: of everyone else in the US getting snow but us. I’m glad I have heat and running water, but I’d love to look out the window and see snow instead of the 10th day of rain in a row.

Sad: that Annabelle has forgotten to take her precious Memere blanket to bed several nights this year. She’s had Memere blankie since she was minutes old. It has gone everywhere with us. Now she might not notice if she doesn’t have it at bedtime and it gives me actual tears. Christopher said, “Well, she is getting older. She’s almost 7” WHICH IS THE WRONG THING TO SAY TO SOMEONE ON THE EMOTIONAL BRINK. The last time she forgot the blanket downstairs, I brought it up to her and woke her up so she’d know it was there. 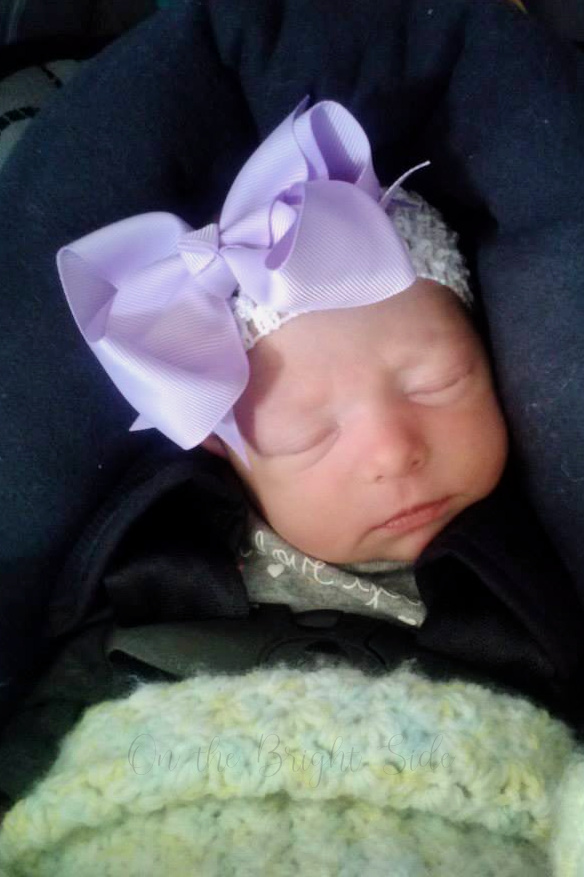 She had Memere blankie on her very first walk around the block.

Buying: Bar Keepers Friend cleaner and new sponges. I also downloaded a podcast episode called Cleaning and Laundry Get Easier when You Understand This. I was more excited about it than one should be about cleaning products, but such is middle-age life.

Mourning: the passing of my 20s (which I’ve been doing for a few years now). AB interrupted me at supper last night to say that she “can see that you do have a lot of gray hair but they’re more silver than white so it’s ok.” I think she meant it as a compliment but I didn’t need someone pointing out my gray hair and Memere blankie being forgotten within the same 24 hours. I got an updated AARP membership card last month. I ripped it up and was about to throw it away when I saw that I qualified for a free, no purchase necessary, S&H included car trunk organizer. I love some good car organization which seems like yet another check in the “are you middle age?” quiz.

Reading: Who Thought this was a Good Idea? by Alyssa Mastromonaco, 500 Miles from You by Jenny Colgan and Sacred Tears by Lindsey Wheeler. I’m listening to Lovely War by Julie Berry. Michelle recommended it and I read anything she tells me to. I have Surprise Me by Sophie Kinsella, Redeployment by Phil Klay and A Woman of No Importance by Sonia Purnell to read next in the library basket. They’ve already been renewed twice so I’m not sure if I’ll get to them all before they’re due again.

Updating: Annabelle’s bedroom. I painted the nature mural on one wall but the other walls are in desperate need of some TLC. She will have the mural until she is in college then her children will enjoy it. It took too long to paint for me to throw some new paint over it. I was going to do white but AB asked if we could do a color. More specifically, she wanted orange to which I said “letmethinkaboutit NO.” 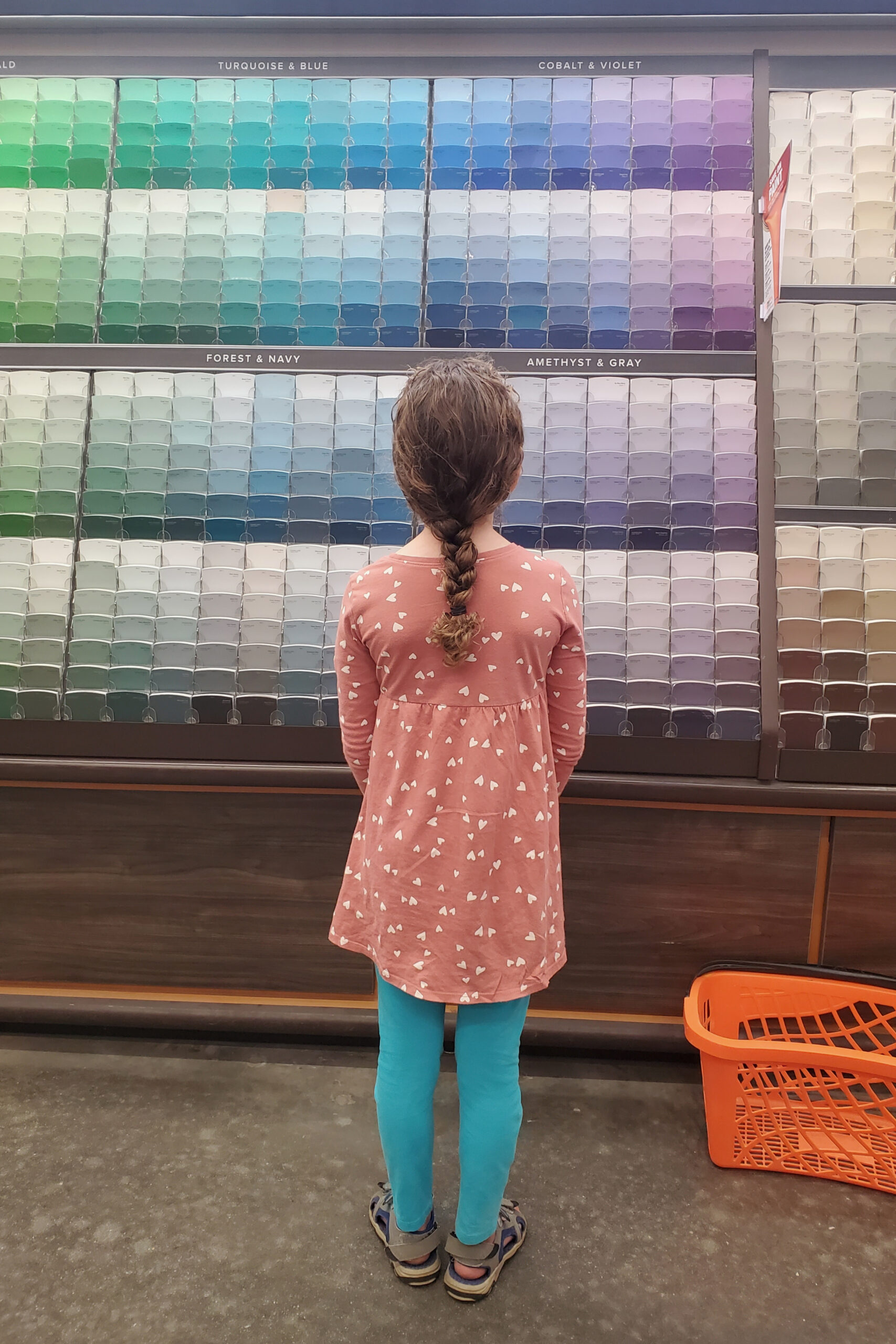 We settled on purple. I started taping this week but haven’t started the actual painting yet. I don’t mind painting, but I always forget how long it takes to move furniture and tape everything and collect the paintbrushes and is it time for a nap yet.

Thinking: about the appointment I had with the fertility doctor last month. He was very nice and I feel very comfortable with him. He instantly said he knew I wasn’t from Georgia because of my accent. I said I was from Massachusetts which started a conversation about politics and he made an incorrect assumption about my political views based on my birthplace. He started talking about red states and blue states and said something like “I’m sure you and I agree on issues because we’re from the same color state.” I got confused about which color my party is so I agreed that he and I are of the same political persuasion. We were deep into the conversation before I realized I had accidentally agreed that I am a democrat. I don’t care whether he’s right, left, middle, or Kayne West’s Birthday Party as long as he can do his job well. I never clarified which way I vote so now I feel like I have to keep up this political charade forever. The future of my uterus and the size of my family is in his hands and I don’t want to give him any ideas that I shouldn’t raise another child because I can’t keep two simple colors straight.

Mourning: the failure of the neck firming, anti-wrinkle, saggy neck tightener and double chin reducer anti-aging moisturizer I bought. I had such high hopes that it would tighten all my extra chins up but it did nothing. I was supposed to get a free second bottle, which I signed up for twice, but I never received it. I continue to use it because I paid for it and it is moisturizing, but it did not deliver the botox in a bottle I was hoping for. I cannot tell Christopher this because I can’t deal with my chins AND him saying ”I told you so.” I recently found a V-line face slimming lifting double chin removal massager that sounds promising. When God closes one chin repair window He opens another.