Last year AB had a little birthday party with just the three of us. We gave her the option of a small friend’s party at the house or a night at a hotel. She picked the hotel but thanks to the ‘rona we couldn’t go. I was sure her 6th birthday would be the only one we’d celebrate in a pandemic but here we are, a year in and still dealing with it. She talked for months about having her friends over on her birthday but I didn’t want to promise too much because things can change on a dime. Thankfully she has a sweet little group of children whose families are fine with visits so she was able to have a party. After going through several themes, AB decided on a Harry Potter party. We did that theme last year and I am no more an HP fan than I was last year, so I campaigned hard for a different theme. We were THIS CLOSE to having a dragon and taco party which I was in favor of 110%, but she stayed firm in her request so we did HP. Why does she have to go and get opinions on things? At least we already had the Harry Potter bow. 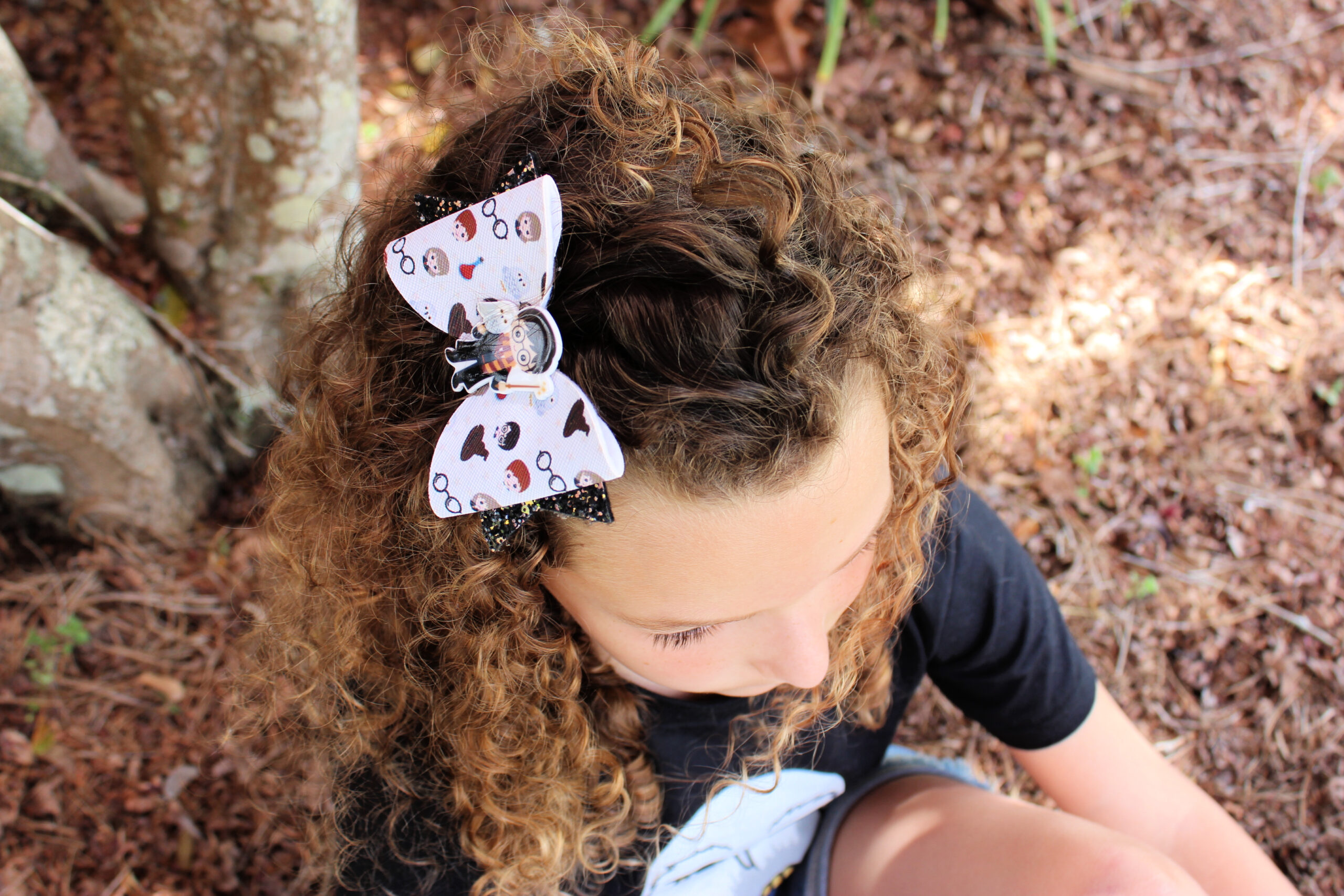 About 10 minutes before the party started, she told me she was “going to take a siesta before the fiesta.” The little introvert apples does not fall far from the tree. 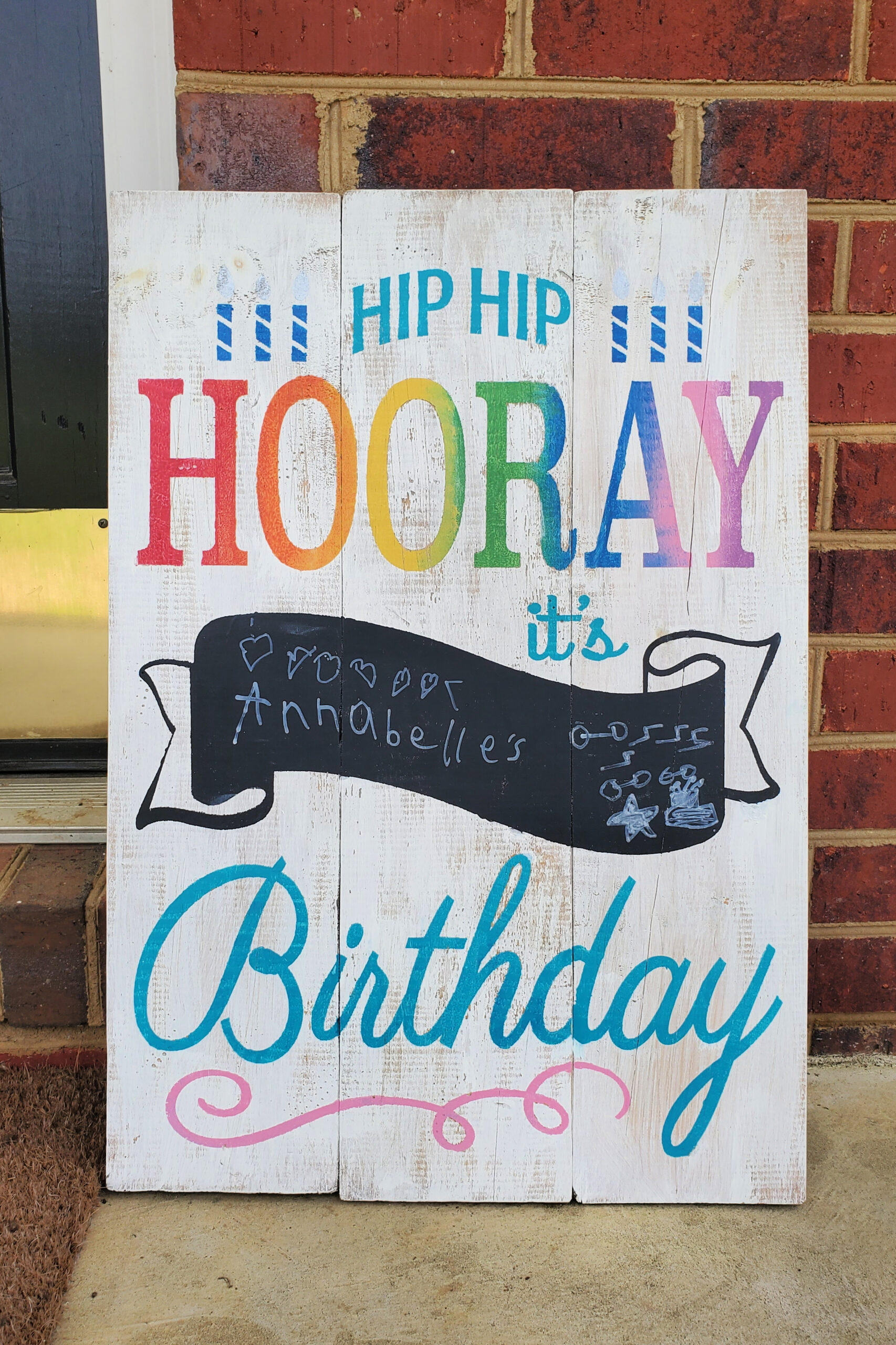 We wanted none of the spells and sorcery to be a party of the party so we came up with games that involved neither. I spray-painted 10 brooms from the dollar store silver and gold. You know what a bunch of 4-7 year olds don’t care about? Whether or not the brooms were lovingly and painstakingly painted instead of left blue and white. You know what I don’t care for? A bunch of blue and white brooms that look like they were made in China and not forged in the ancient fires of wizards. 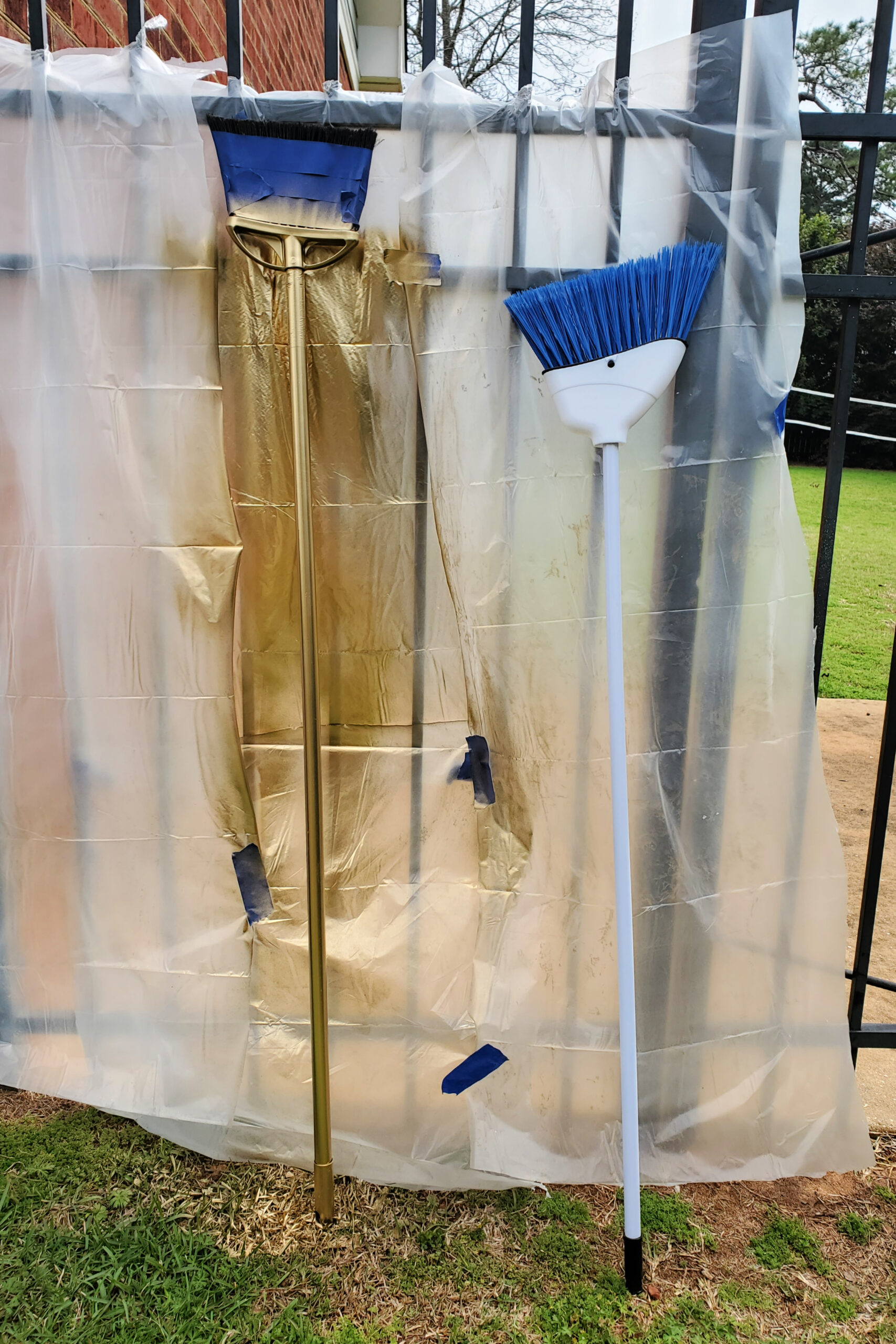 The kids loved decorating the handles in washi tape. The moms loved that their children now had their own personal brooms for sweeping the house. Next year we’ll decorate vacuums! 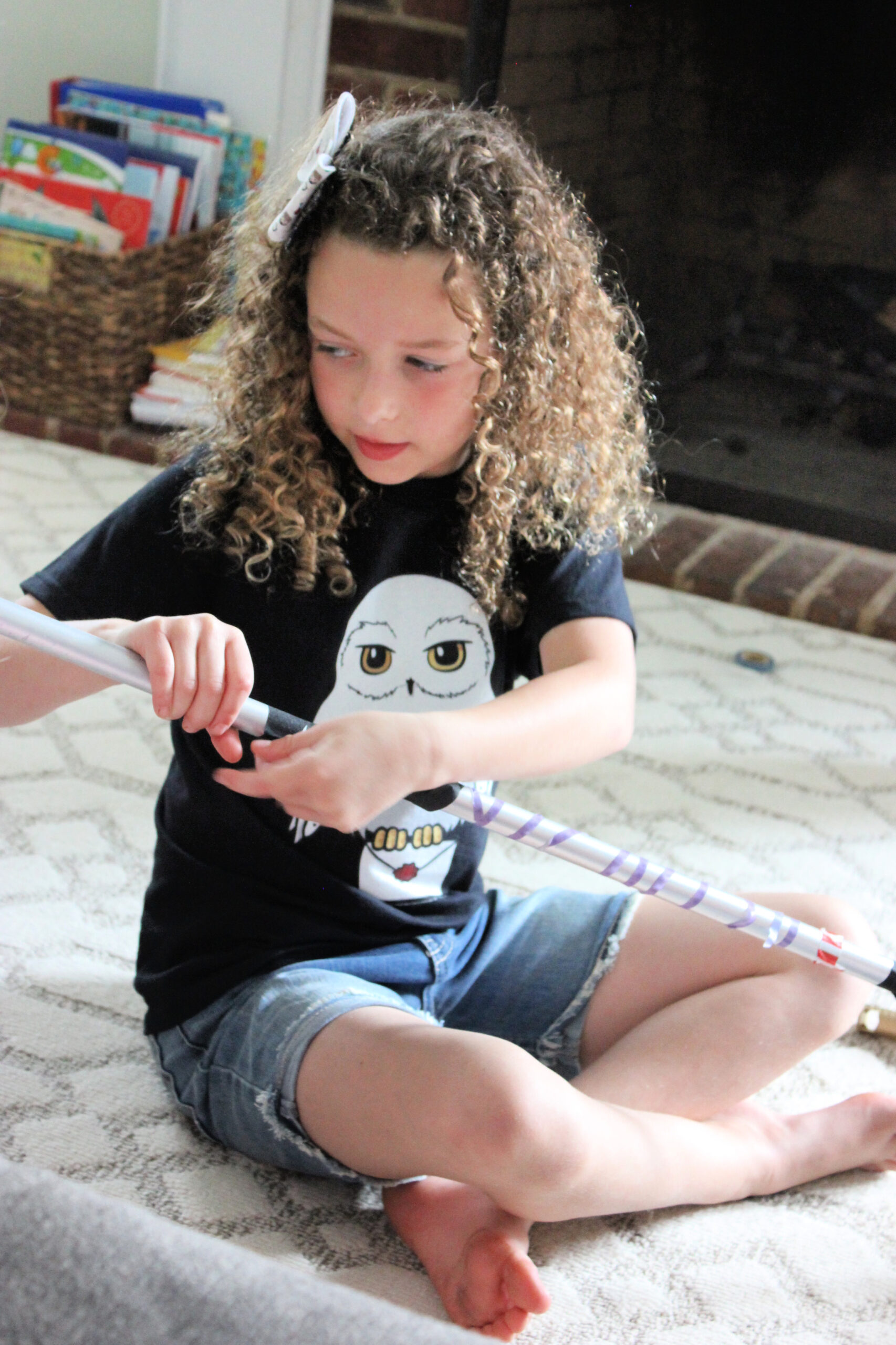 Christopher was appointed the ringmaster to explain the game of quidditch which is played on brooms in the Harry Potter books. He used big words and several directions that very few of the children understood. Us moms had a great time watching the chaos. Eventually he said, “You know what? Just throw the ball and play it however you want.” 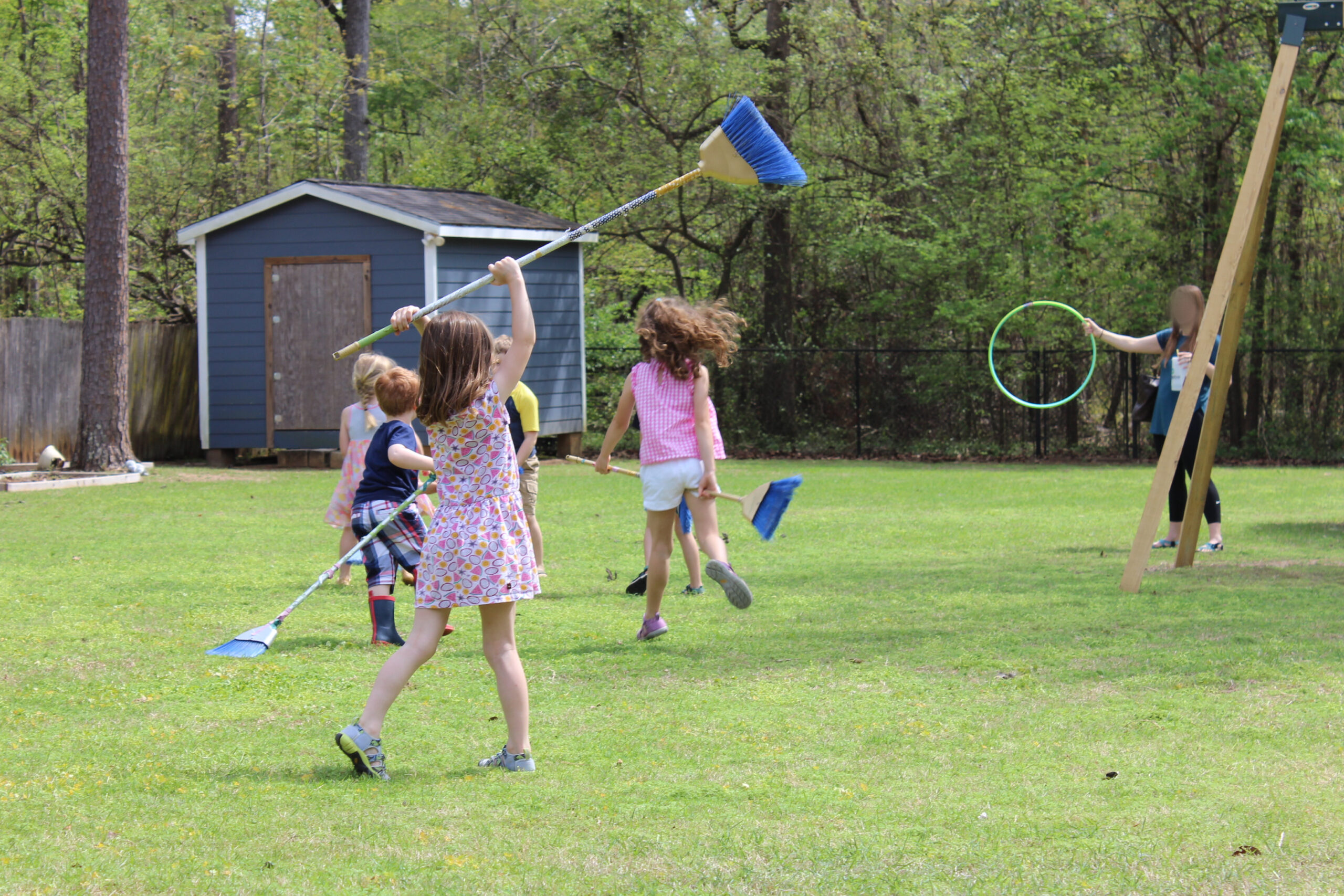 I don’t want to sound overly dramatic, but for about 45 minutes there the cake situation was Threat Level Red. I didn’t have a good design idea so I was fumbling and pouring sprinkles and none of it was right. I told Christopher he needed to run to Publix and buy another cake. It was terrible and I could not show my face in front of the other moms with a cake like that. He said it was great but he’s unable to give unbiased opinions. I said it would be great if he and AB had decorated it, but it was an insult to my Wilton decorating level two class. Everything else about party prep had gone shockingly well and I was shockingly calm, so it’s no shock that my nerves came out on the cake. We didn’t get a cake from Publix and I was able to show my face to the other moms, but I still think it’s not my greatest work. Annabelle liked it which I suppose is the most important part. My ego will be fine. 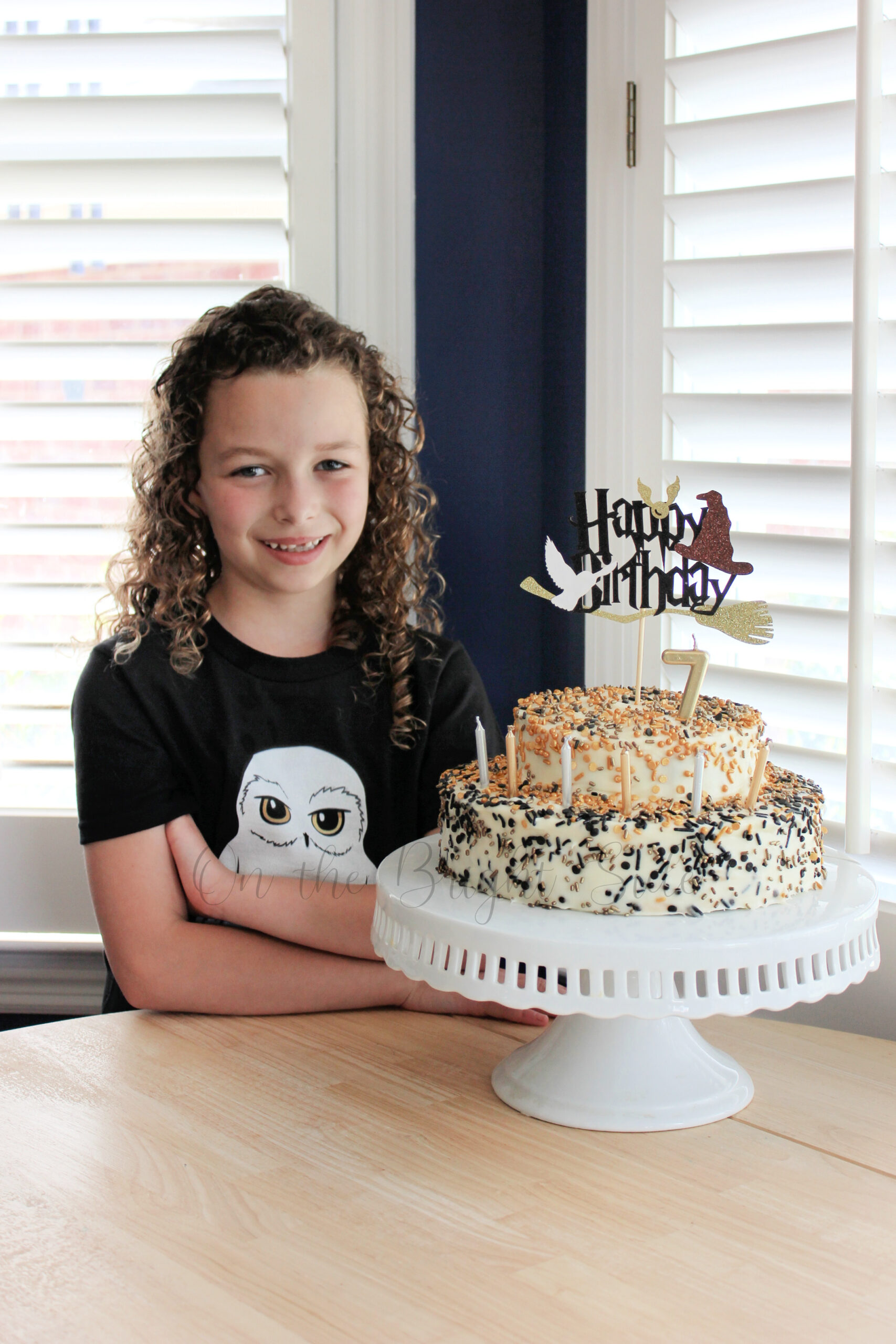 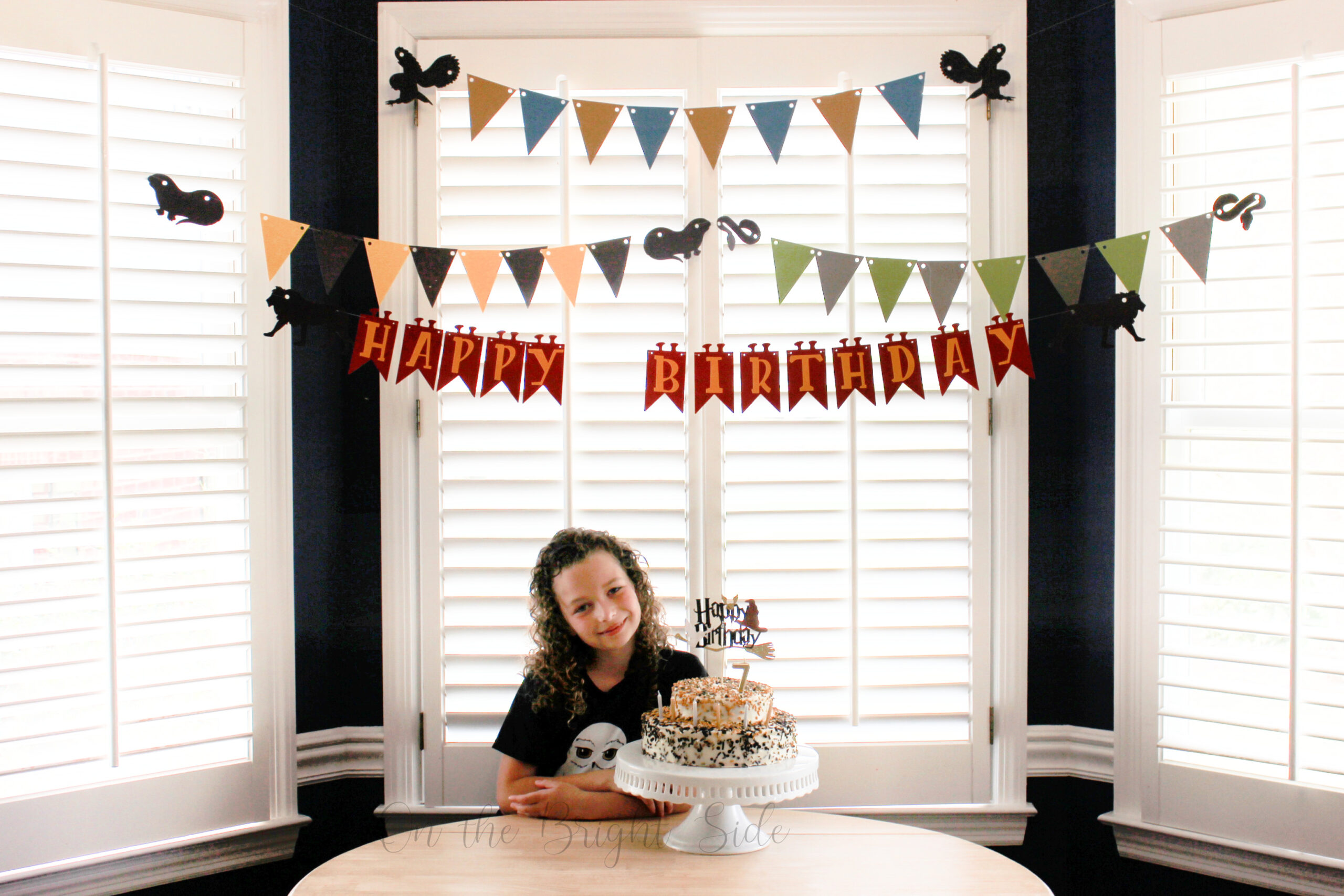 She’s my favorite even if she does listen to the same seven audiobooks on repeat for an entire year and tell me things like “You’re right. You are getting more gray hair.” 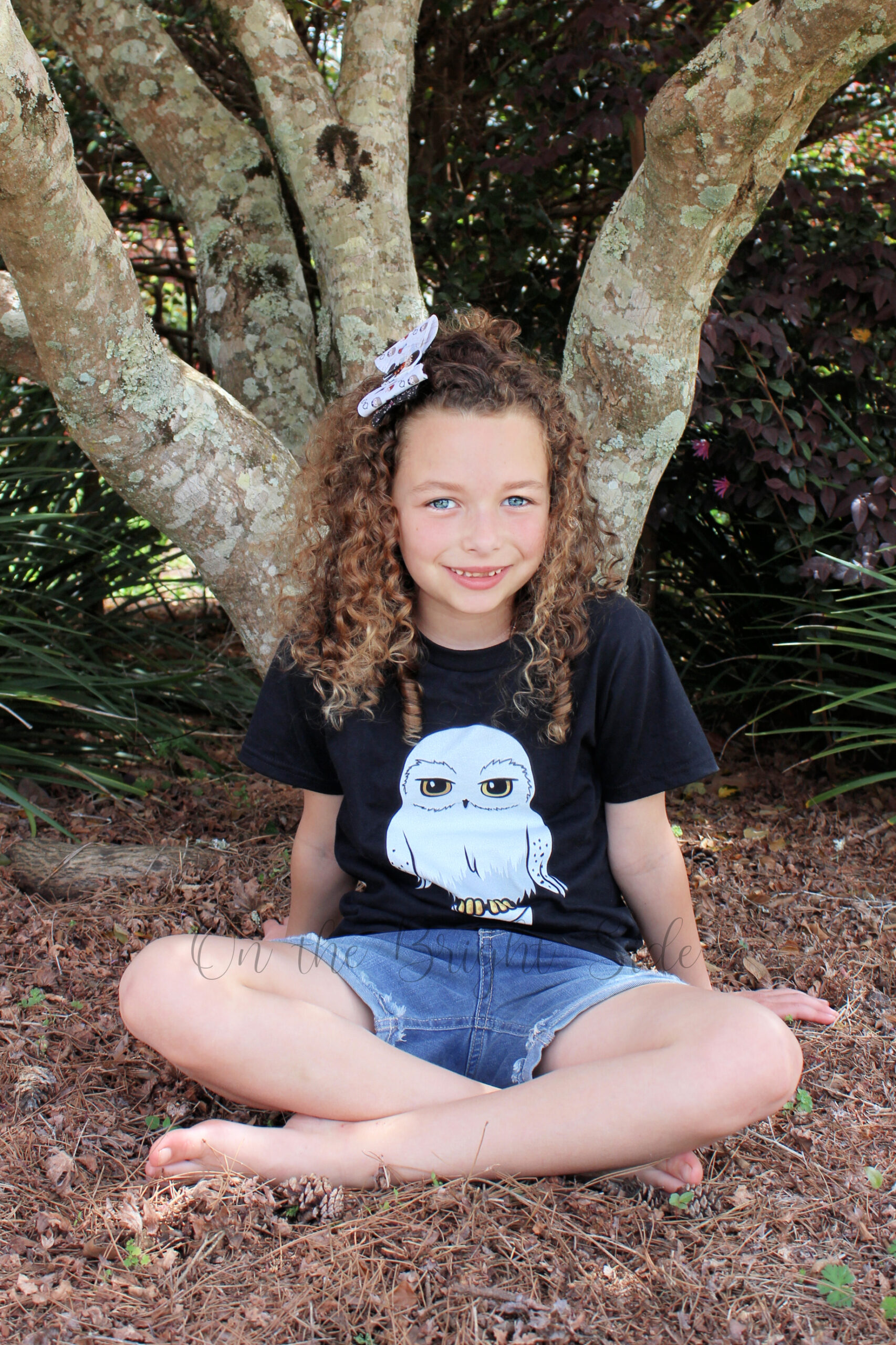