I’m winging it as a mother

Last year I did all the right things during Annabelle’s public school career. I sent in supplies whenever the teacher asked. I never cut anyone off in carline. We didn’t lose paperwork. We were never tardy without good reason (being at the doctor). AB never visited the principles office (her good behavior reflects well on me). I planned the one and only field trip of the year. Given all that success, I started this year off with my head held high in pride and sure I would roll into the new school as pro mom.

On the first day of school, I forgot to put Annabelle’s picture on her about me page. I didn’t send her in with a sweater. We got to the classroom and found out I had forgotten to pack her Latin book. When I picked her up, she said I hadn’t packed her composition book. In my defense, it wasn’t on the ”bring to school” list I was given, but every other child had it. Annabelle has reminded me several times of what I forgot.

On Thursday, the front office called to say AB had a bloody nose. I thought she was calling simply because it’s the protocol to inform parents of injuries, but after a pause, the lady said, “So, how do you want us to treat it?” Um. Pinch it? Hold tissues over it? Look on WebMD? Why are you calling me for medical advice? I’m just the mom. Then I remembered they don’t have a school nurse so evidently, they call the parents who are supposed to be the experts on their children’s health. The lady said they had allergy medicine and asked if I wanted her to give Annabelle a dose. I said sure, why not. I didn’t think allergy medicine helped with bloody noses but what do I know? I can’t remember to put a school book in a backpack. Who made me the mom around here?????

Our Annabelle’s first big project was due on Thursday. They’ve been learning about John James Audubon and bird banding so we had to make a bird out of a paper towel roll. After assembling it, she was to label as many parts as she could remember. I have a large supply of feathers, pompoms, yarn, popsicle sticks, and all manner of craft supplies for such a time as this. I was fully prepared and ready to rock. I would redeem all the mistakes I made in the first weeks of school. It would be the best paper towel roll bird in the state. Sadly my help was not wanted or needed beyond operating the hot glue gun. I showed an impressive amount of self-control and didn’t hoover while Sesame made the bird. I assumed she’d use the tube as the bird’s entire body but she insisted that she wanted the tube to be the bird’s head. This meant the wings AND THE FEET were attached to the head. 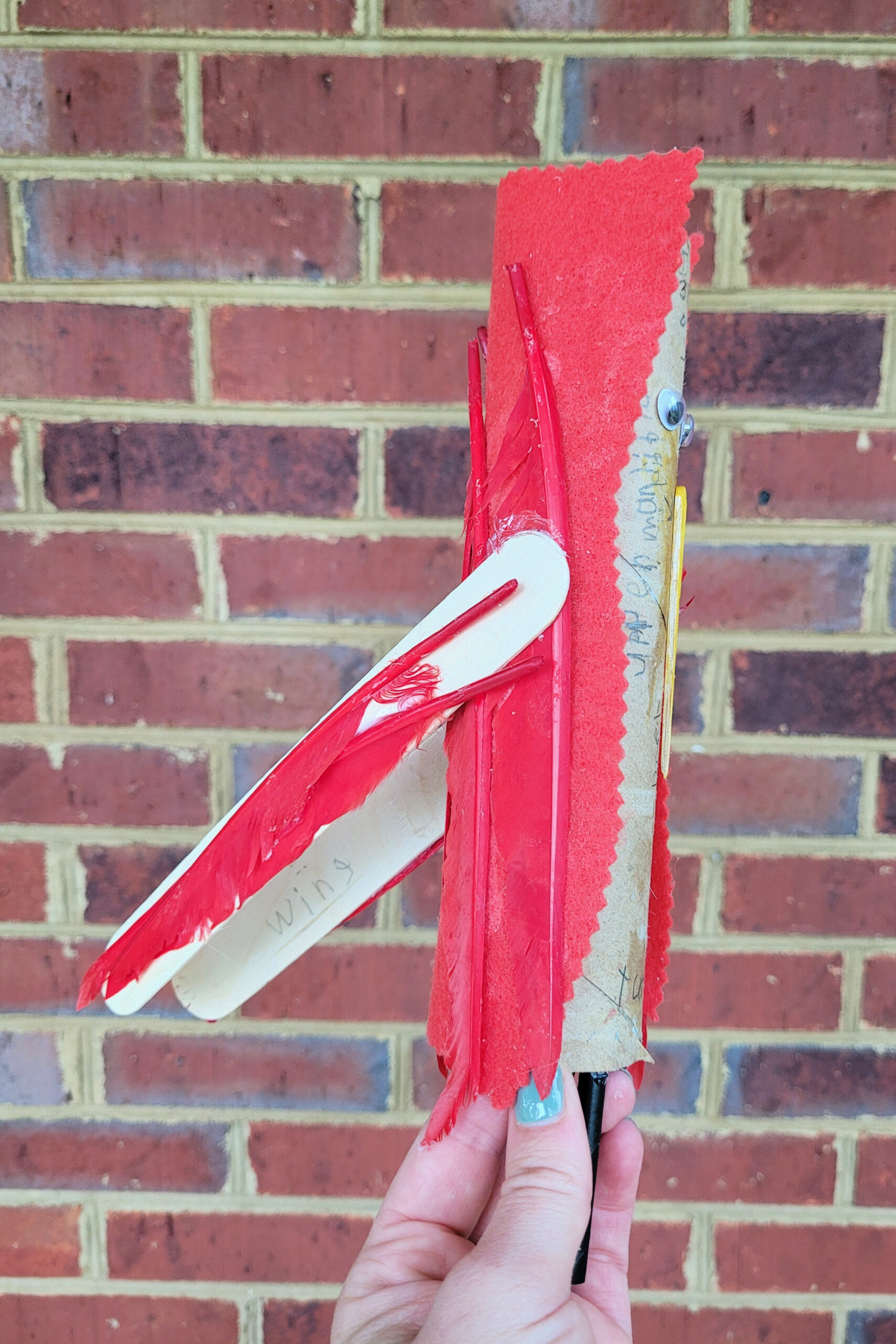 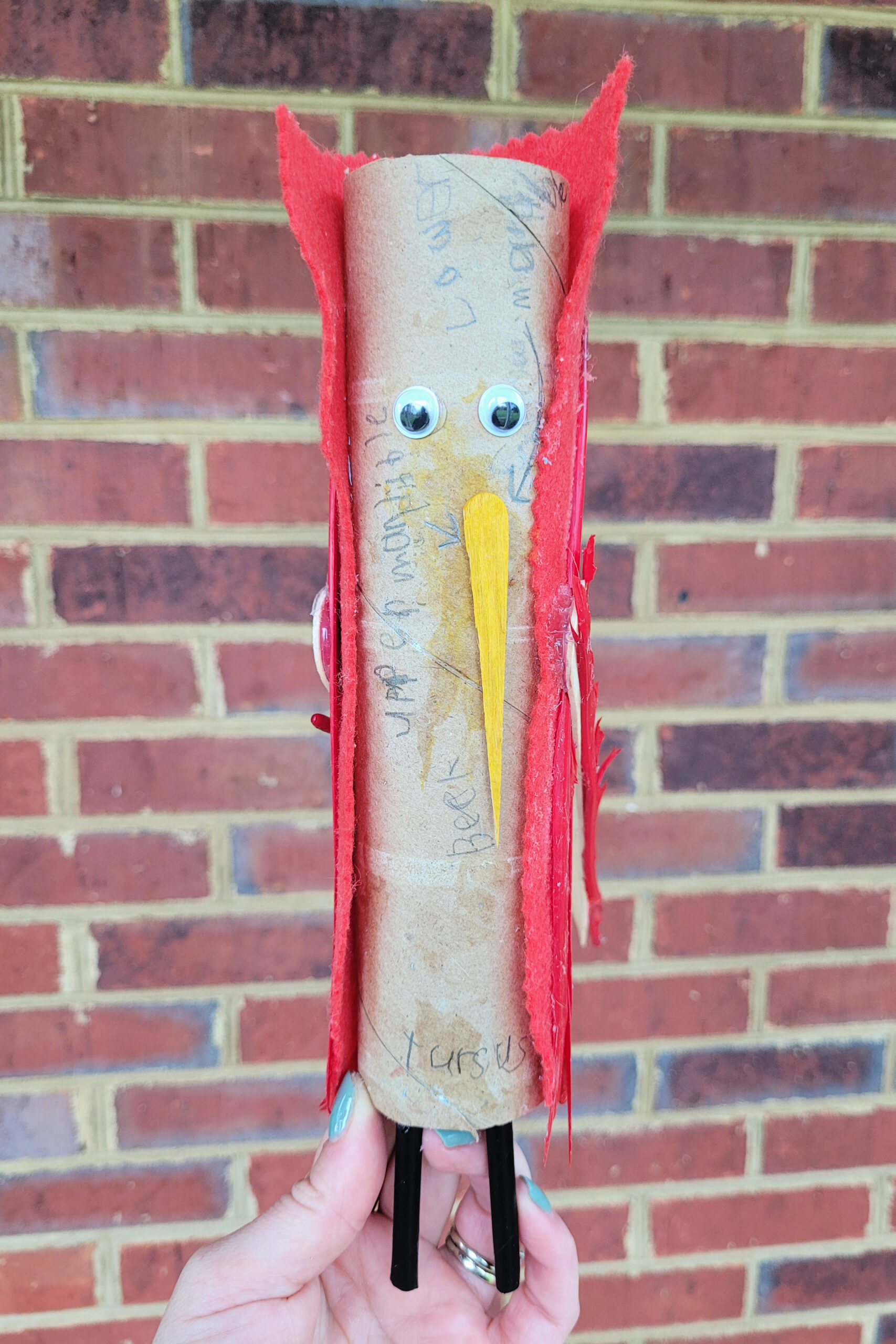 He did end up being very cute and it does look like he has an entire body, but to AB still says it’s only a head.