This is the first school year that Annabelle has started with the “my friends are_________ so can we” talk. She’s seldom flustered if they do or have something she doesn’t, but it was very obvious that she wanted to do something for spring break when she found out the others were all going on vacation. I had no plans for spring break beyond sleeping in. That was the extent of my planning. When I realized AB thought I had Big Plans I tried to up my game. I talked to my grandmother in Florida about visiting her but that didn’t work out. I had to come up with something else. I wrote activities on popsicle sticks and put them in a jar for her to pick out each morning. Every morning we’d do yard work or a spring cleaning inside then we’d do the special activity in the afternoon. We went to the arcade and did a scavenger hunt in our backyard. We had a morning movie marathon. We had a playdate. One day we went to a drive-through safari. We did get to sleep in too. Every morning Sesame would come into my bed for snuggles. “MAMA! I’m here for snugs!” It’s was my favorite part of the week.

On Saturday we drove to Florida and visited the outdoor Tallahassee Museum. We couldn’t have asked for a prettier day. 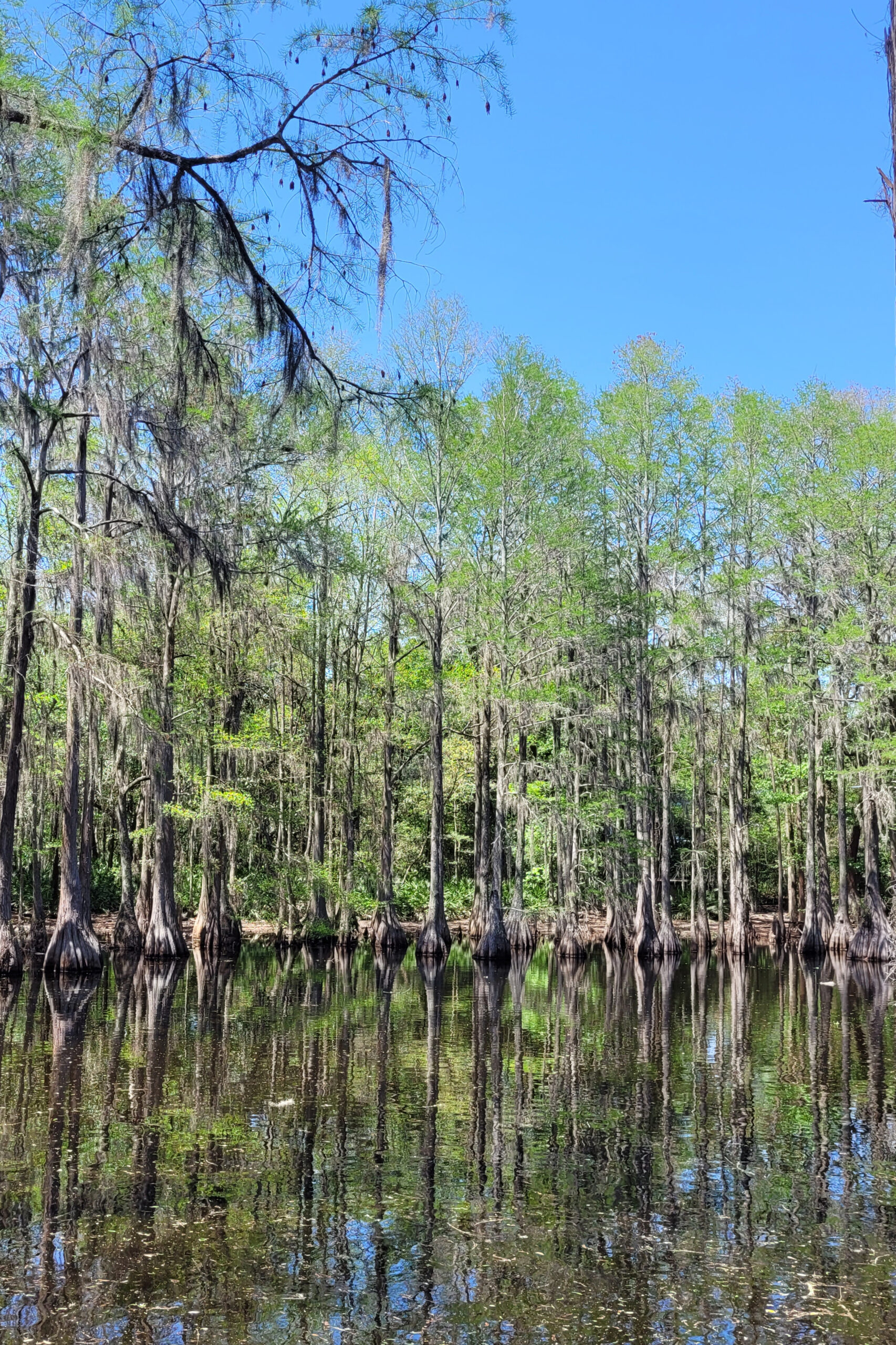 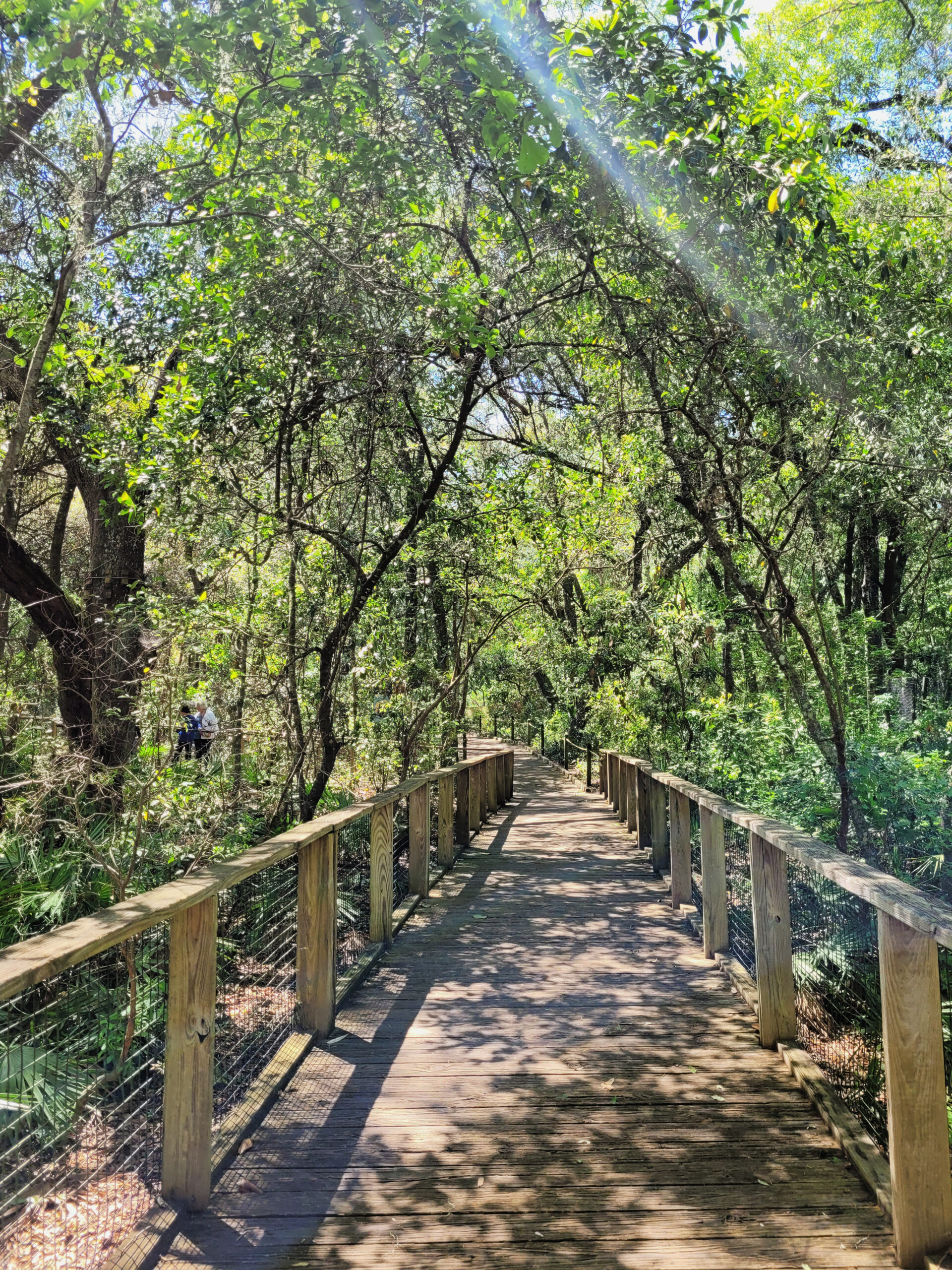 Annabelle went on the kids zipline. She was so serious the whole time and didn’t appreciate it when I let out the smallest amount of cheerleader. She’s starting to get embarrassed when I’m too enthusiastic which makes me want to pull out the confetti cannons and be all the more enthusiastic. 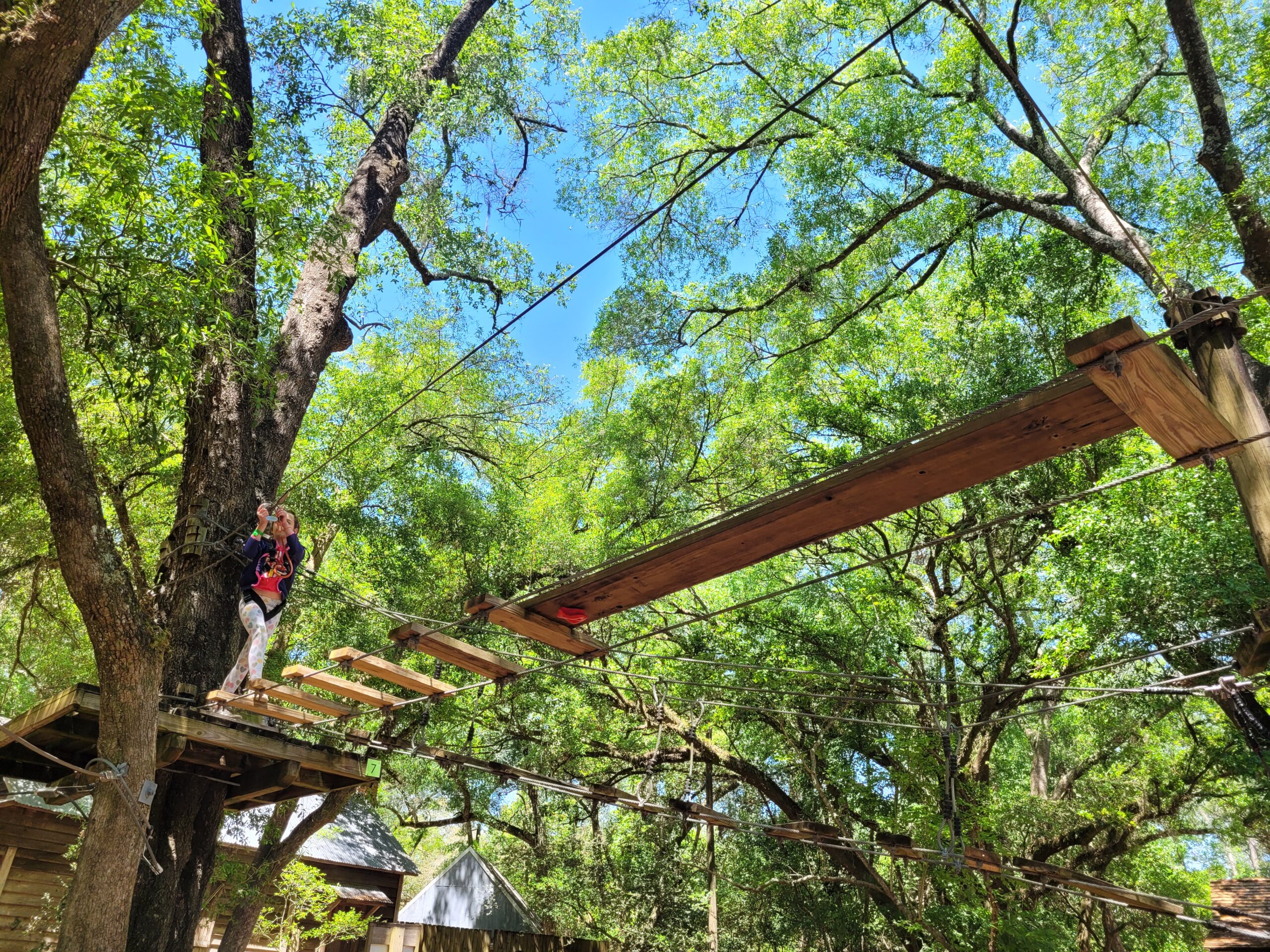 They had several animals in enclosures very similar to the animals’ natural habitats. They were so much nicer than cement and iron fence exhibits. There was a red fox hanging out in a tree and a black bear swimming in the lake.

There was a caterpillar on a leaf that captured AB’s attention. We drove several hours and spent several dollars for her to latch onto something we could have seen for free at home. 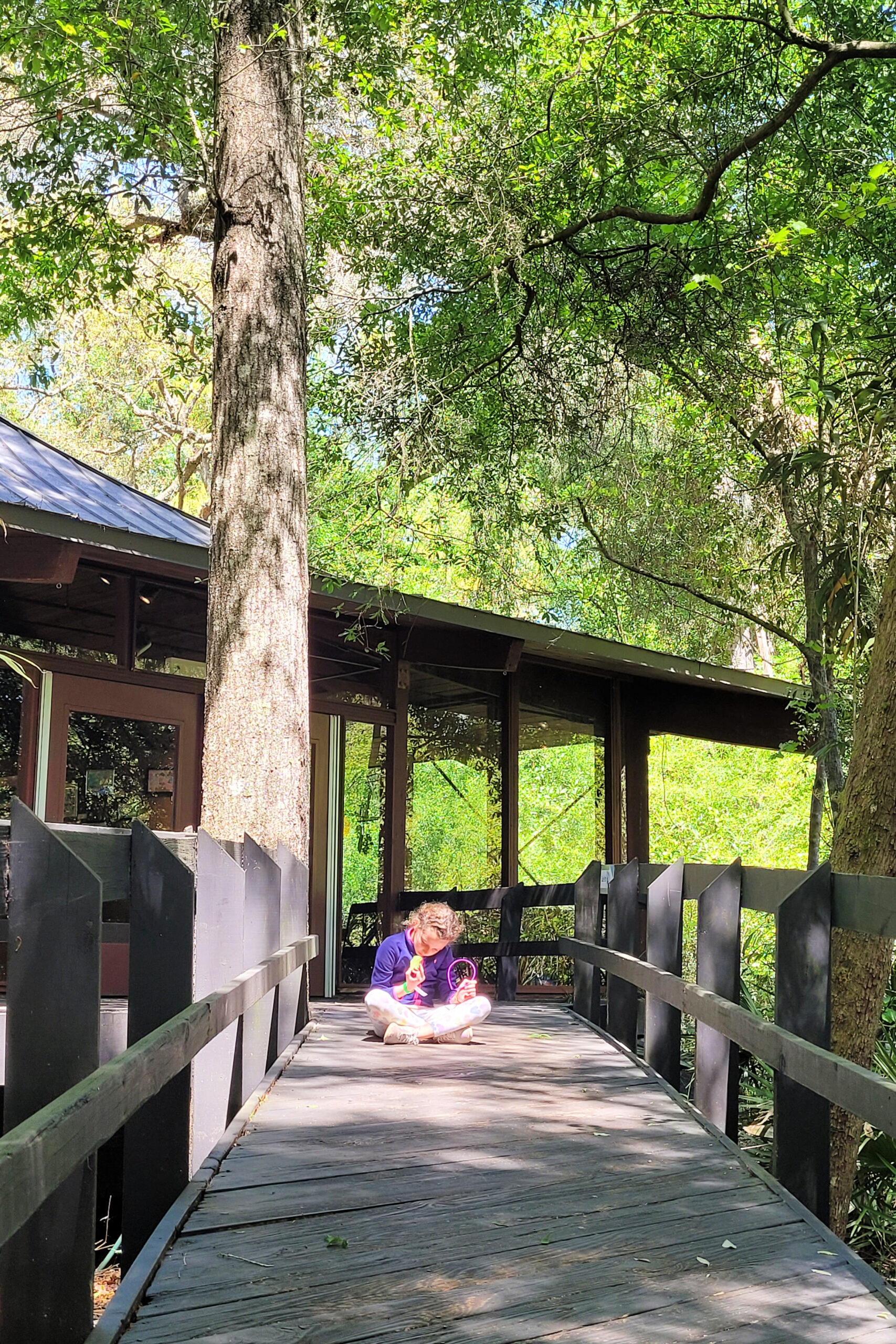 If only I had known that all she needed for spring break entertainment was a caterpillar! I’m writing that on a popsicle stick next year.