Somehow the school year is already over. We were just at the open house and on Tuesday we had the end of the year luau party. As the unofficial room mom who cannot say no, I was asked to bring a salty snack and a healthy snack. I was going to construct a palm tree out of pretzel sticks and fruit but Christopher talked me out of it. “I can spray blueberries with edible paint to look like coconuts” may have clued him into the fact that I was able to stay up all night to make something none of the kids would appreciate. I went with goldfish in Hawaiian cups and fruit kabobs instead.There were 10 children in her class at the beginning of the year but only 8 at the end and they all became good friends. It was really sweet how excited they all were to see which awards the teacher gave out. They were almost more excited for the others than for themselves. 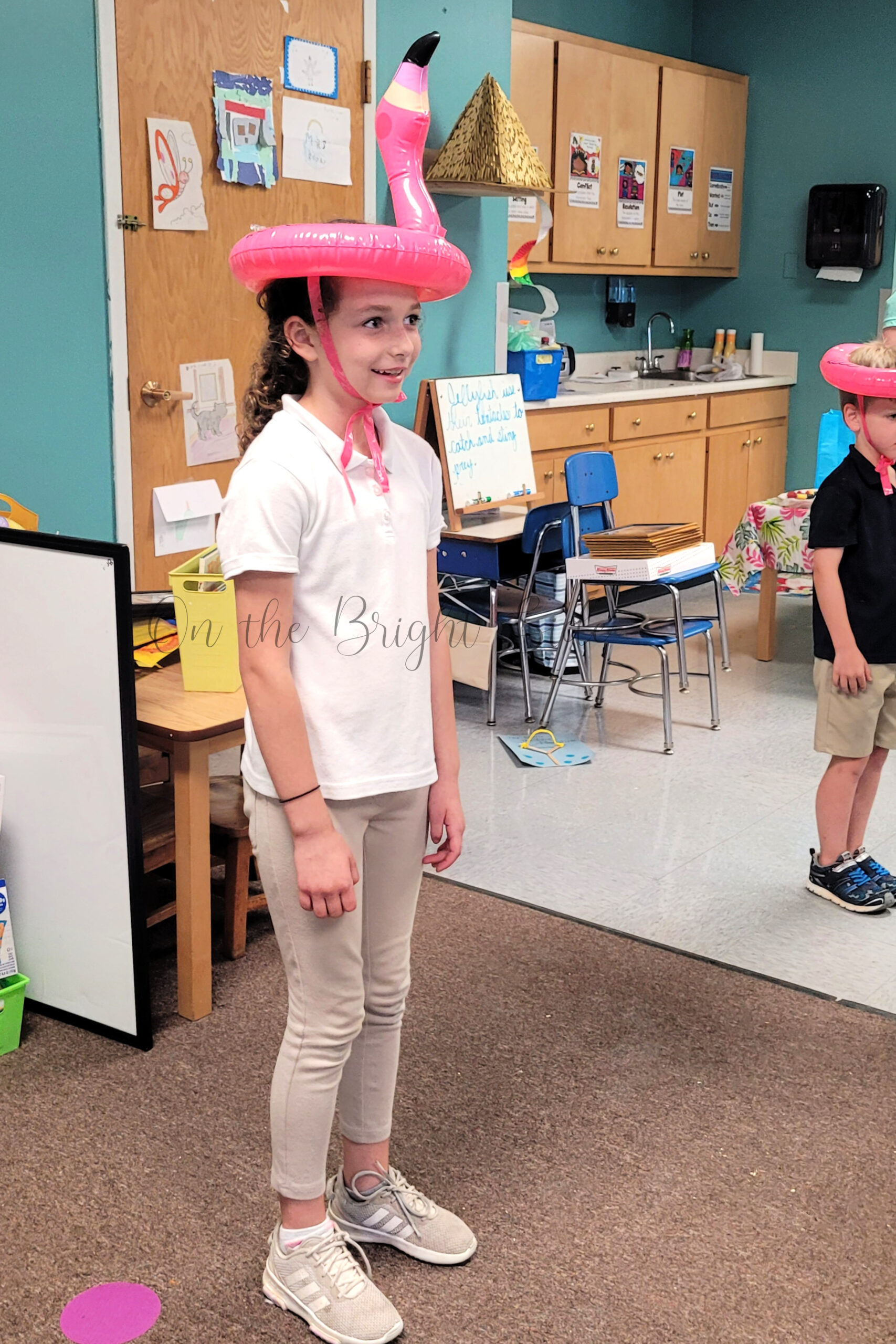 I wasn’t a fan of their teacher at the beginning of the year. She was nice enough as a person, but she didn’t have the personality to teach first and second grade. She sang no songs, played no games, and barely decorated the classroom. She was not a party bus. About two months into the year there was a switch and we scored the jackpot with the new teacher. She was Annabelle’s dance teacher a few years ago which helped Annabelle with the transition. She is everything the other teacher wasn’t. They danced to the timeline song to help with memorization. They had an animal parade day where they could bring their favorite stuffed animal. I know all those things aren’t necessary to learn but they make it so much more enjoyable. AB struggles in some areas and she was so patient with her and never made her feel less than the children who didn’t struggle. She never complained about all the texts I sent her during the week about the at home school work. 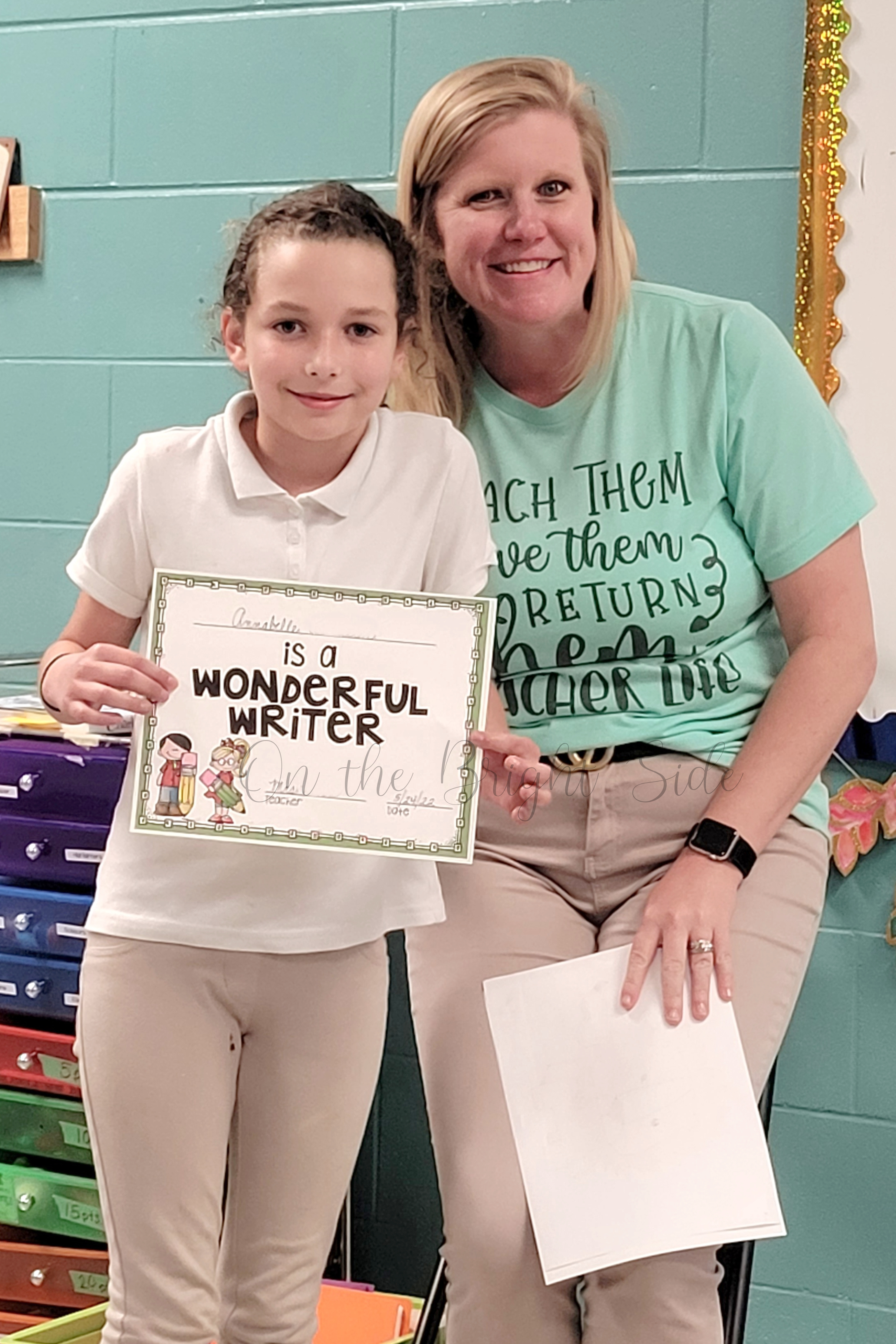 We made it to the ninth month of the school year before Sesame forgot her lunch. I congratulated myself too early because I thought we would make it the whole year but pride cometh before bringing a lunchbox to school at 10:30. We were never tardy. I obsessively checked my alarms for Tuesday and Thursday mornings to ensure they’d go off in 15 minutes increments and I wouldn’t accidentally sleep in. We rolled in at 7:59 once or twice but the gate was still open and she never had to get a late slip from Katie in the office. I was quite proud of myself of our time management skills. It all went out the window on the very last day. She never had to be at school on Wednesdays, but this week we did for the awards ceremony and classical showcase. My entire rhythm was off so I hadn’t checked my alarm enough times the night before and didn’t wake up until 7:11 which was when AB should have been finishing breakfast and brushing her teeth. Somehow we threw ourselves together enough to be presentable and made it on time because I WOULD NOT let our perfect record be tarnished. 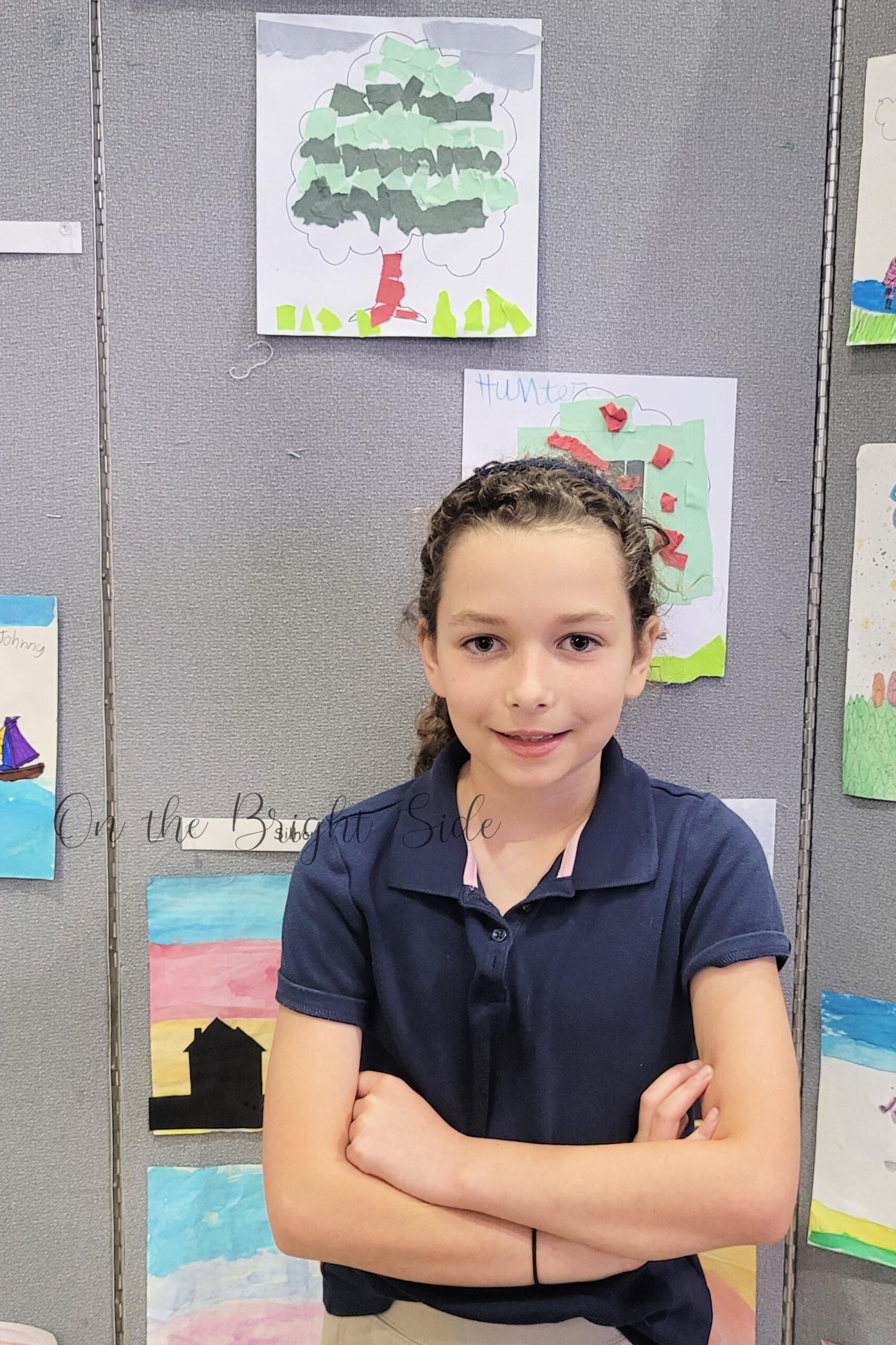 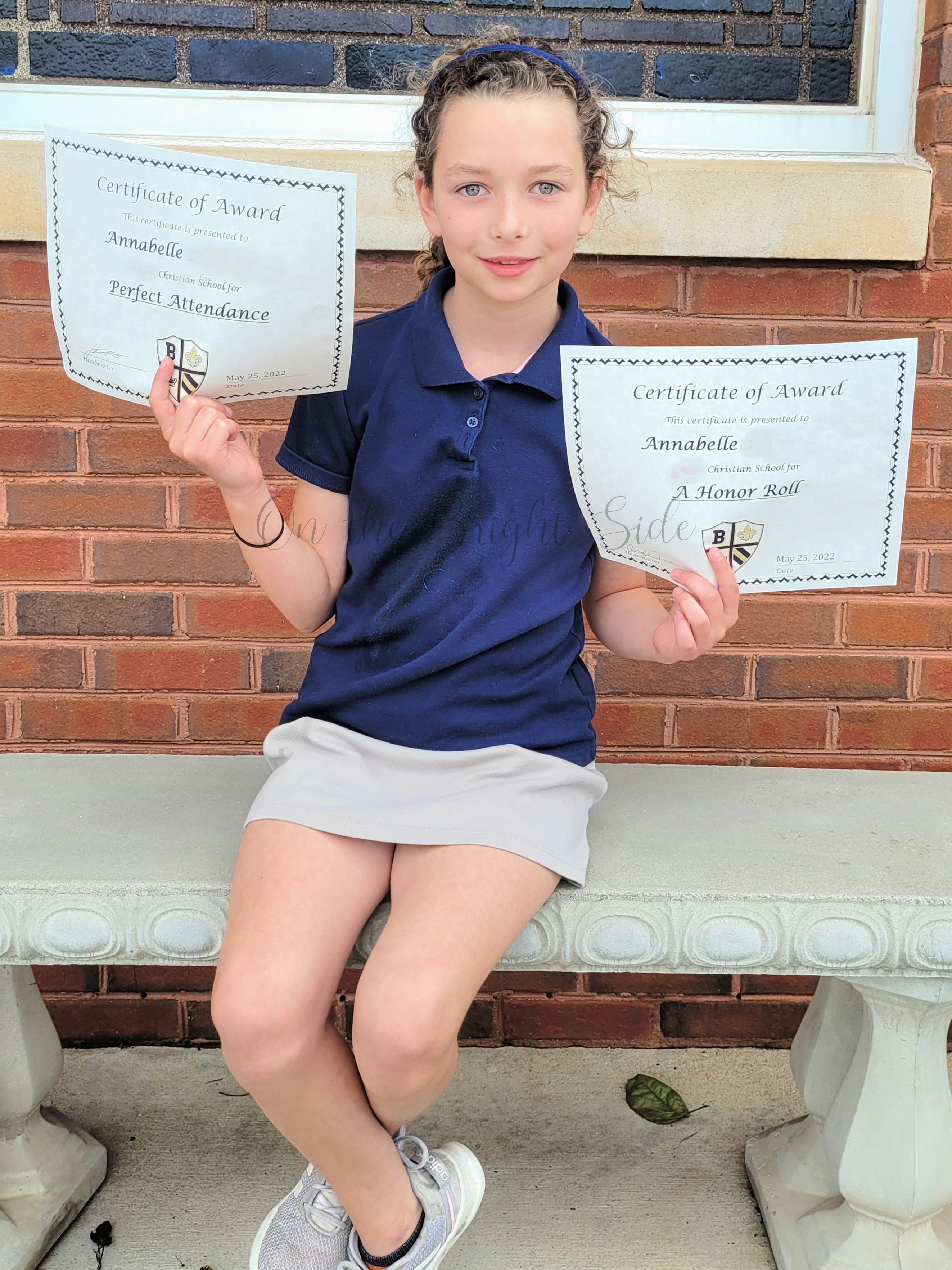 I didn’t get an award for orchestrating Third Thursday Lunch, keeping London from cutting the tassels off her shoes or gluing four boxes of noodles to a cardboard pyramid but there’s always next year. I’m sure the office will keep better track of parent participation in the 22-23 school year.