visitors here and visitors there

Evidently, this has turned into a once-a-season blog. It’s been so long since I logged in that I’m shocked I got the password correct on the first try.

I can barely remember what has happened in the last few months. School starts in under two weeks which is absurd. It feels like we did nothing but I know we did things. I’ve told Christopher several times that this was the fastest summer and I don’t think we’ve ever had a shorter summer vacation. He tells me that summer is the same length every year. Thank you, Mr. Calendar. Don’t bring up realistic timelines when I’m discussing my sad feelings about lazy summer days being almost over.

The Texas relatives come up for a visit and the cousins went to Winshape camp together. Annabelle didn’t want to hold my hand but she was all about holding Emory’s hand. 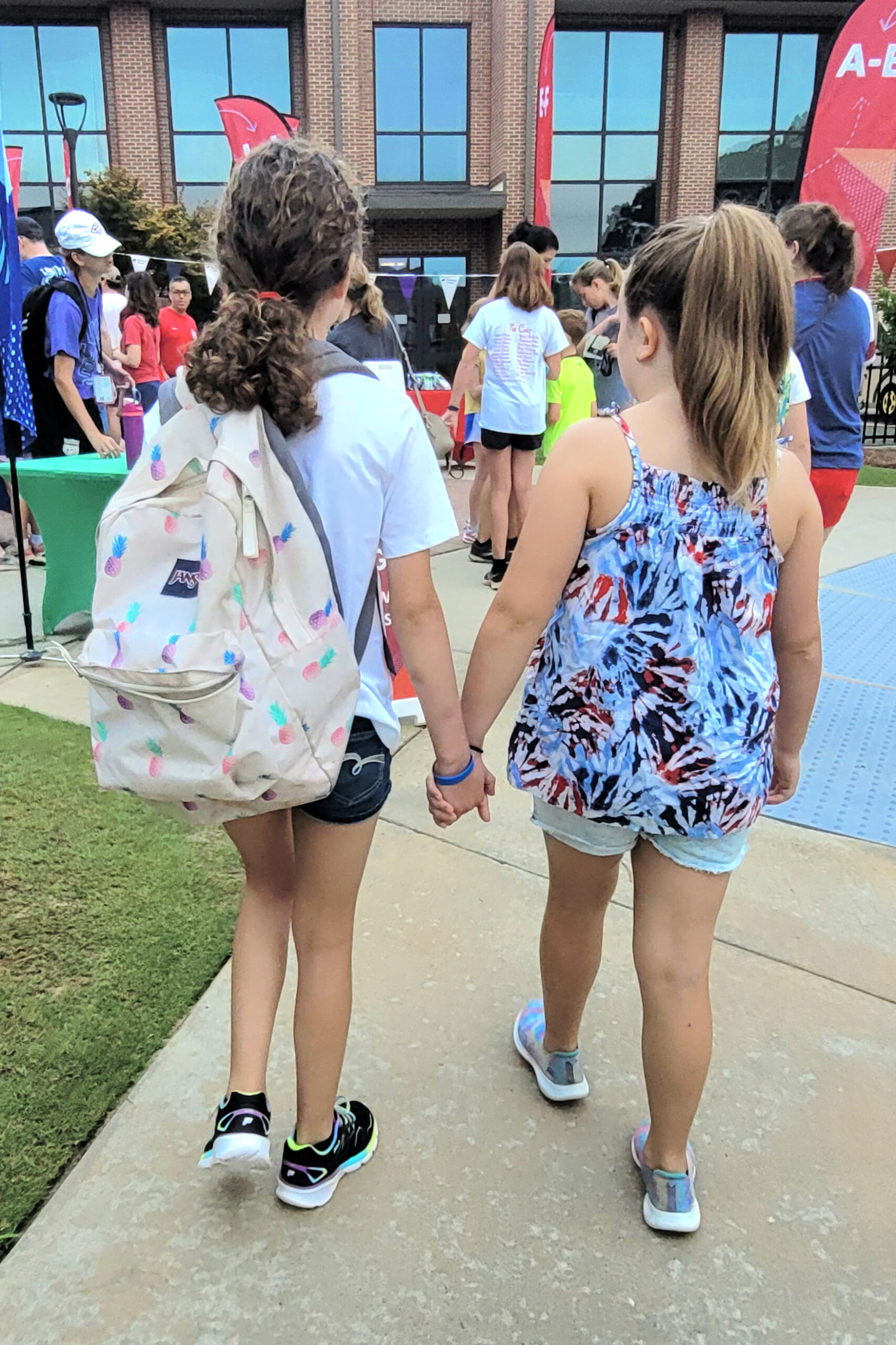 Sesame was thrilled that all the cousins came. She talked about it for months and has asked several times when they can come back. 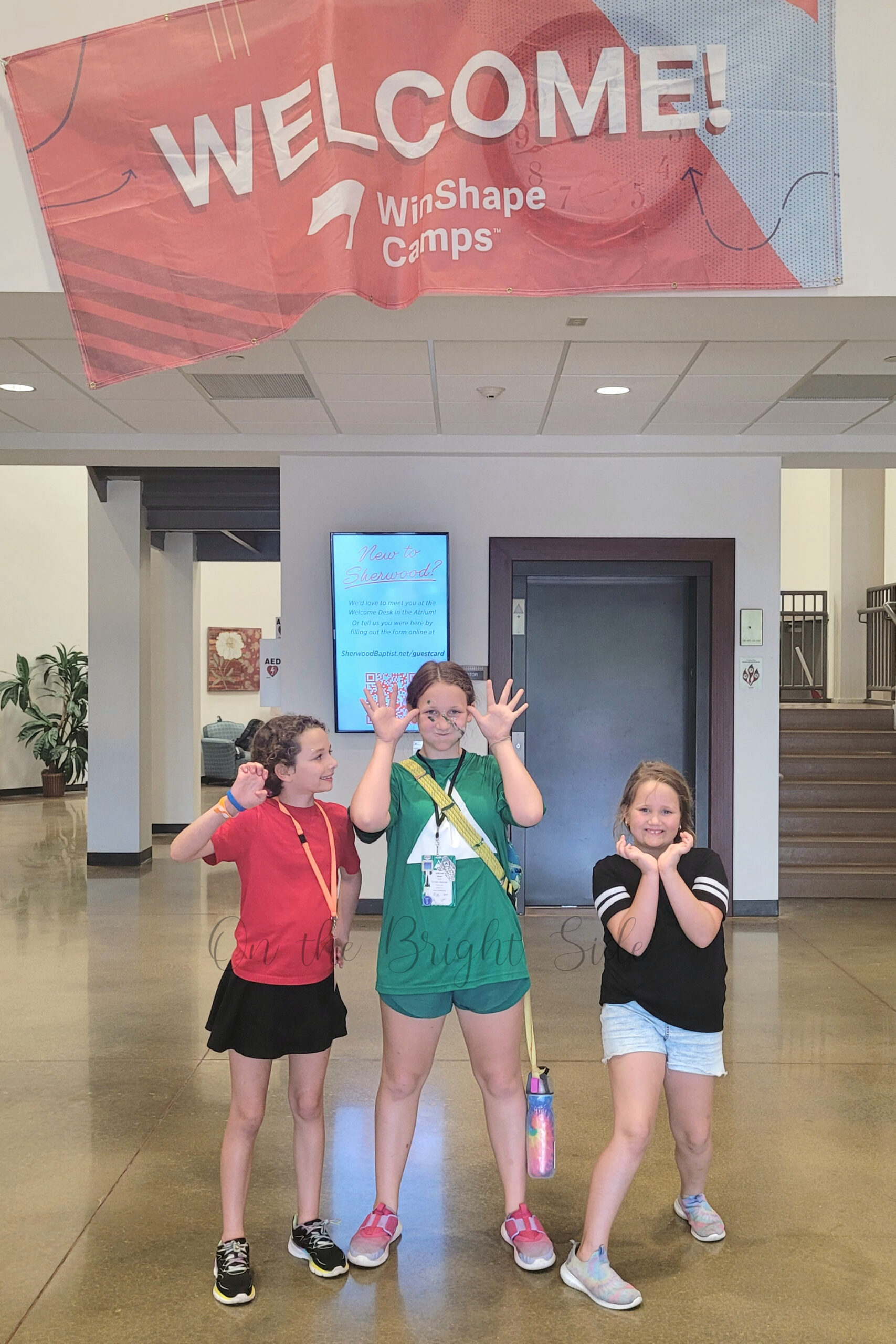 Immediately after that excitement, we went north for our summer visit. No trip home is complete without a stop At the Sign of the Lemon. It’s the best frozen lemonade in all the land. 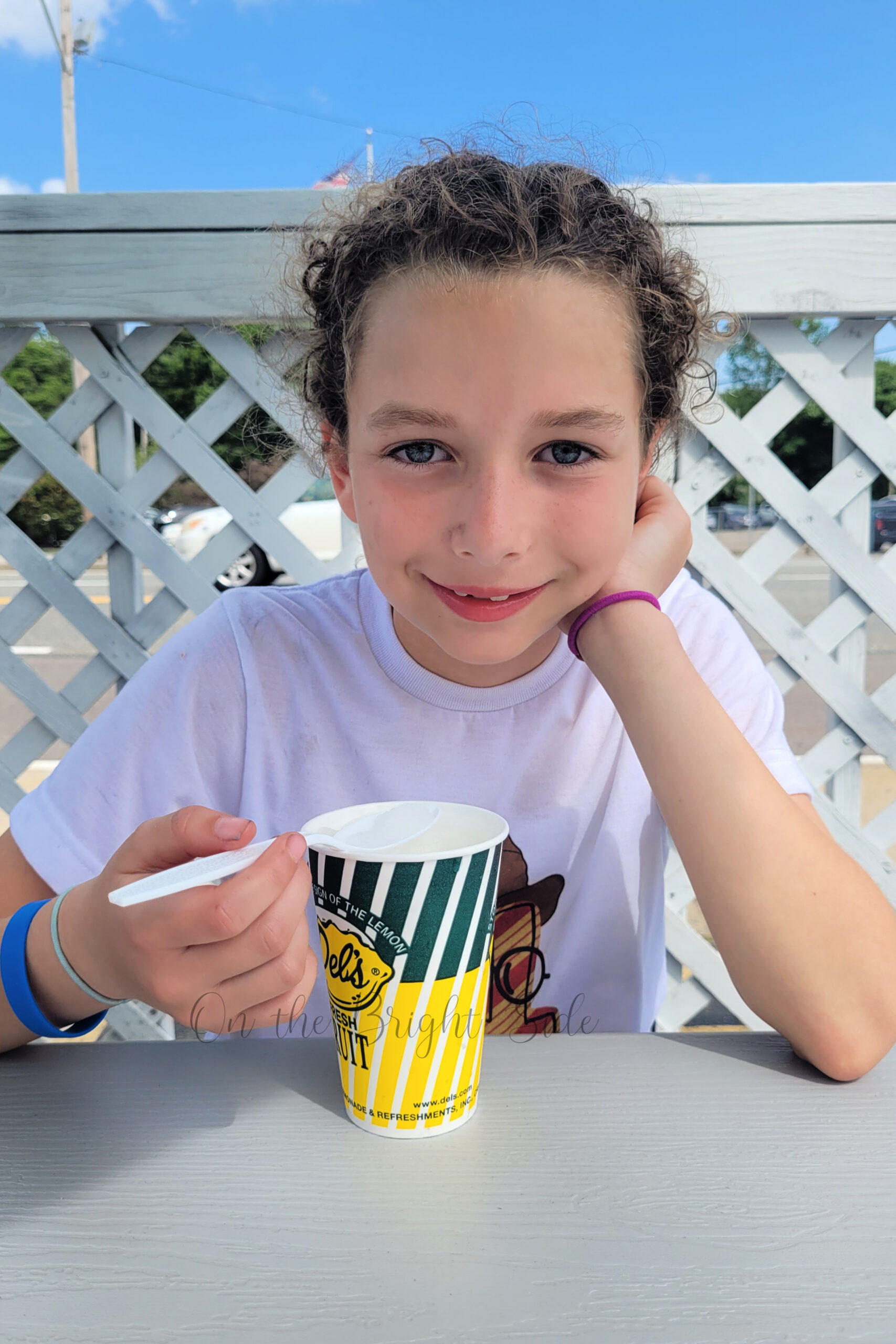 We went to the beach twice. I hate the taste of salt water with a passion and am perfectly content to not get water on any part of my body above my waist, but I could spend all day at the beach. We found the best purple shells and bits of sea glass. Annabelle found a piece of sea glass the size of my palm that I am fairly certain hasn’t crossed the line from a chunk of broken glass to sea glass, but she’s so proud of it that we brought it home anyway. 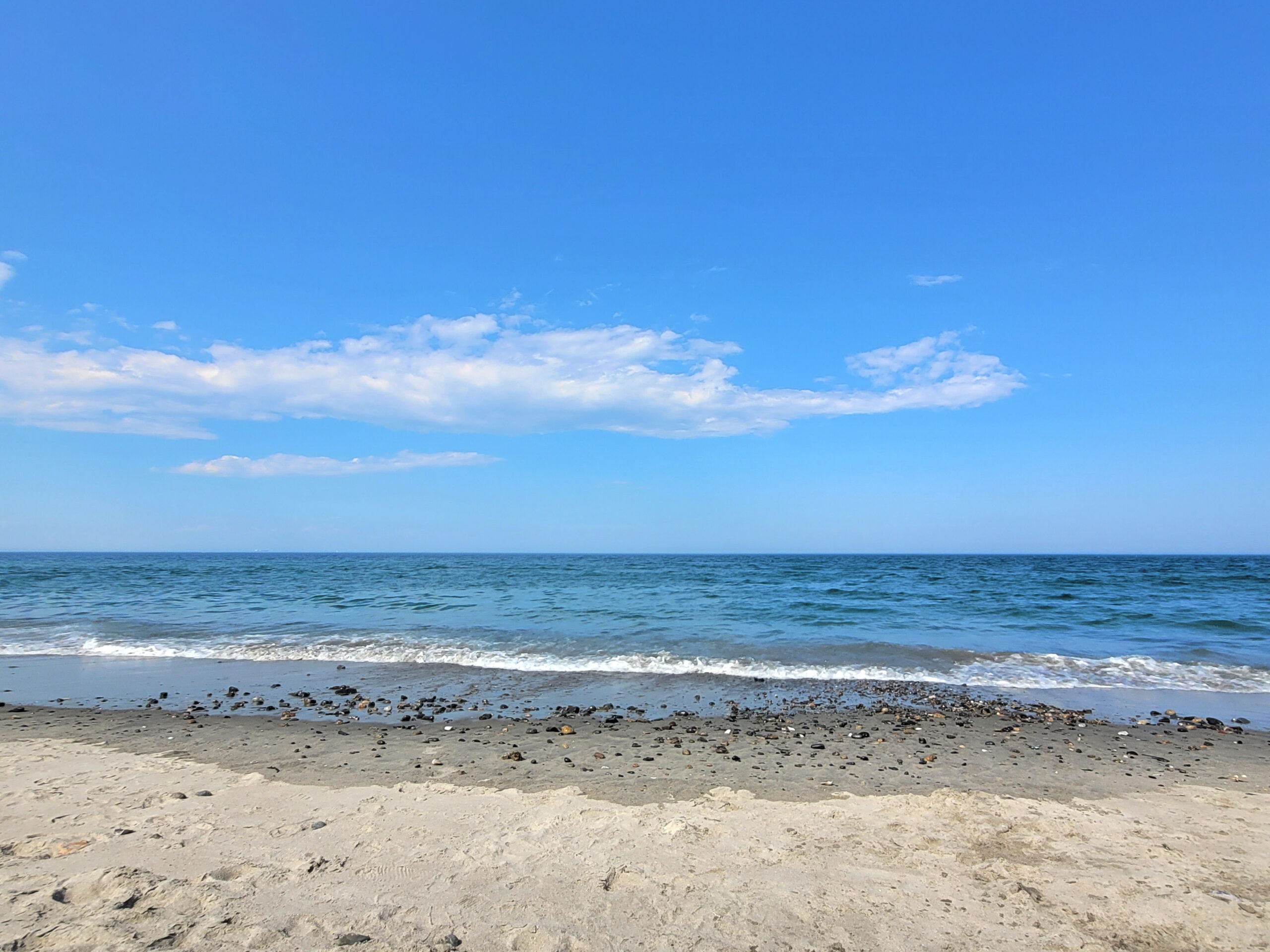 Erika’s brother Wesley has reached moderate tiktok “fame” on his account. He recently was at a convention where he was frequently recognized. With a great amount of flair, dramatics, and a dash of exaggeration, he told Erika, “People would come up to me and try telling me they like my work but they’d get flustered being in my presence and stumble over their words. Someone in my shoes needs to reassure them that I too am human. I am happy to share an elevator with them and answer their questions. I’ll spend time with anyone.” That’s how it can feel when I go home. There are so many people to see and I have to spend as much time with as many as I can.

I was reunited with baby Oliver. We hadn’t seen him since Aaron’s wedding in December so I had to make him like me again in the best way I know how: I bribed him with food. It worked great until Grammy asked me to put sunscreen on his face and he was NOT PLEASED. I handed over a lot of crackers to make up for that offense. 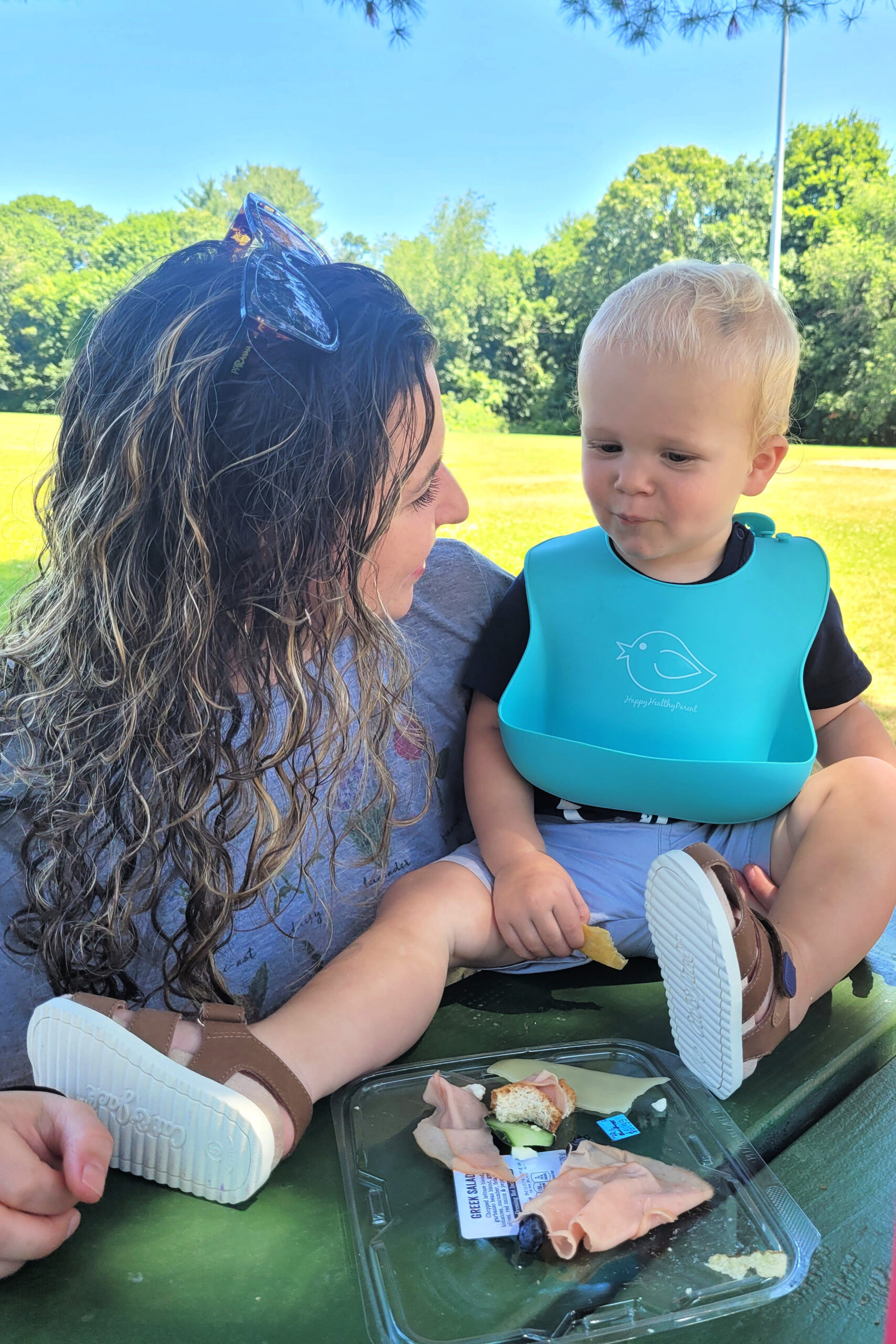 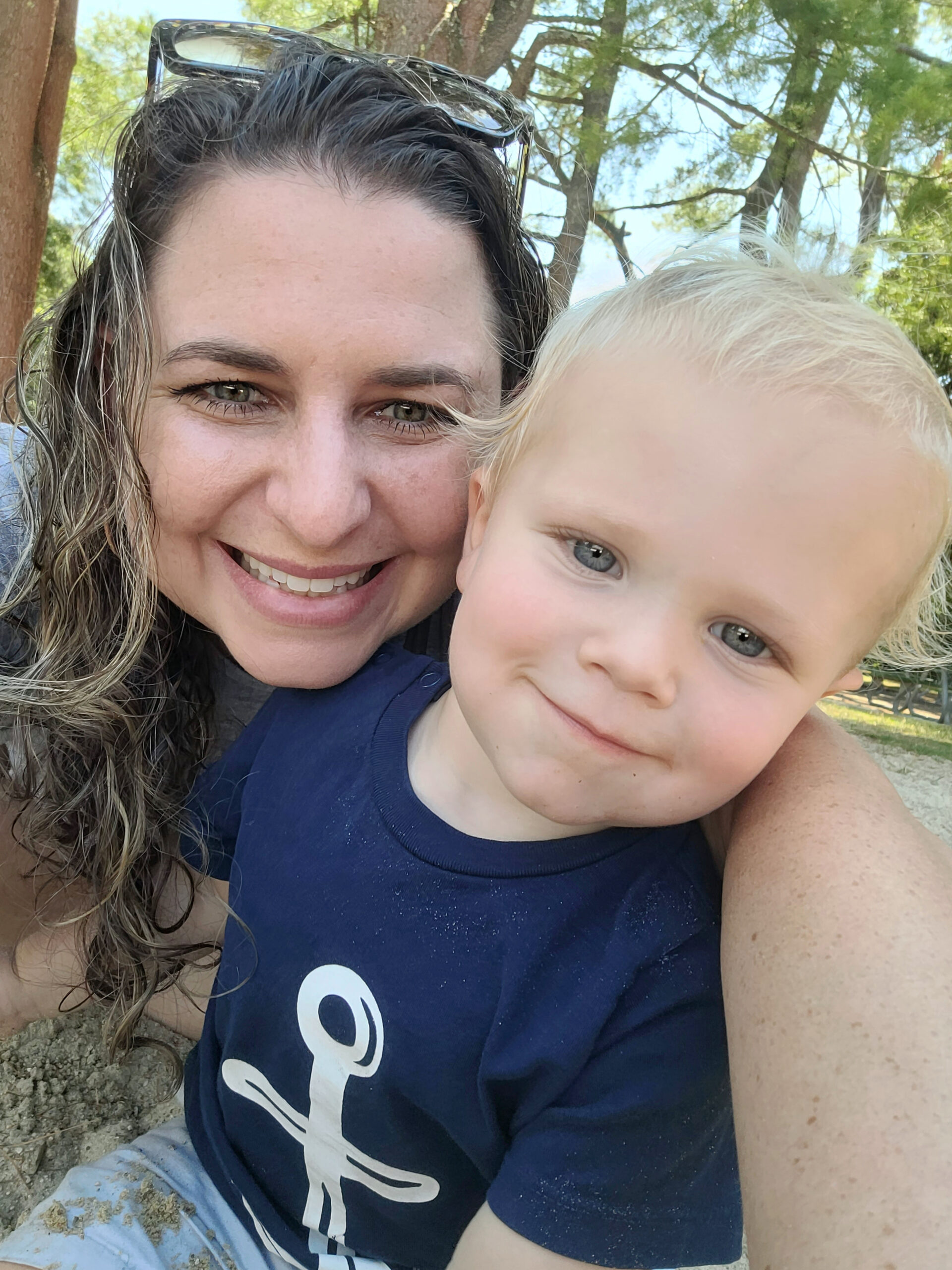 All the sibs and grandchildren got together. Daniel missed the bearded brother memo. 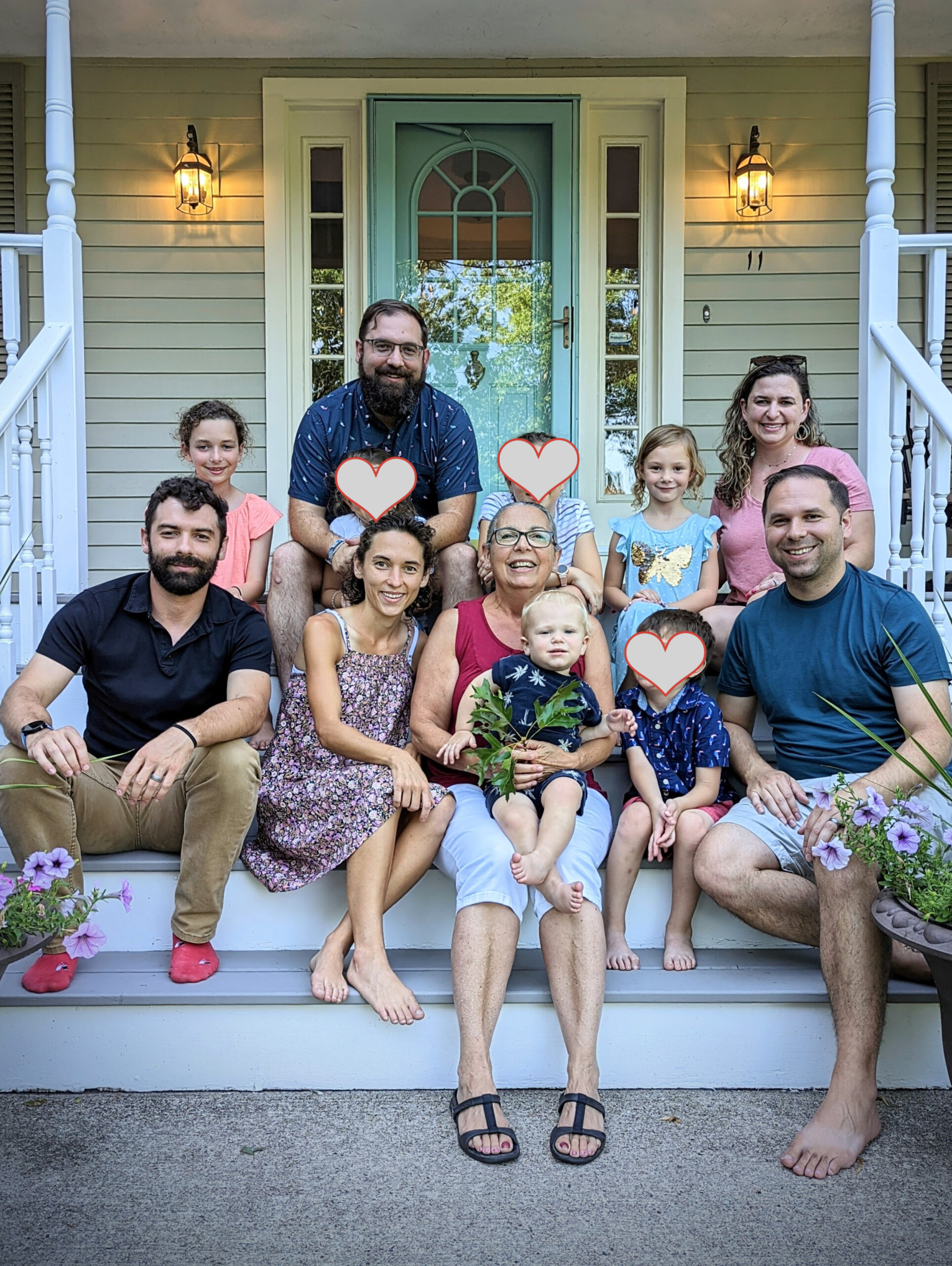 Last month Grandma fell and broke a few bones. She’s bounced back and forth between rehab and the hospital for the last few weeks. We got to see her once in rehab and I planned several more visits, but they all got canceled when she was rushed back to the ICU. She was there for several days and every time I tried to visit something came up and I couldn’t. I thought she was going to die before I got to see her. After several days Mom and I were able to visit for a few hours. She was far from her normal chipper self. I brushed her hair (she hasn’t been able to see Christine the hairdresser in several weeks and her hair needed some TLC) and lotioned her up. I found out later she didn’t remember we were there, but it’s a sweet memory for me. 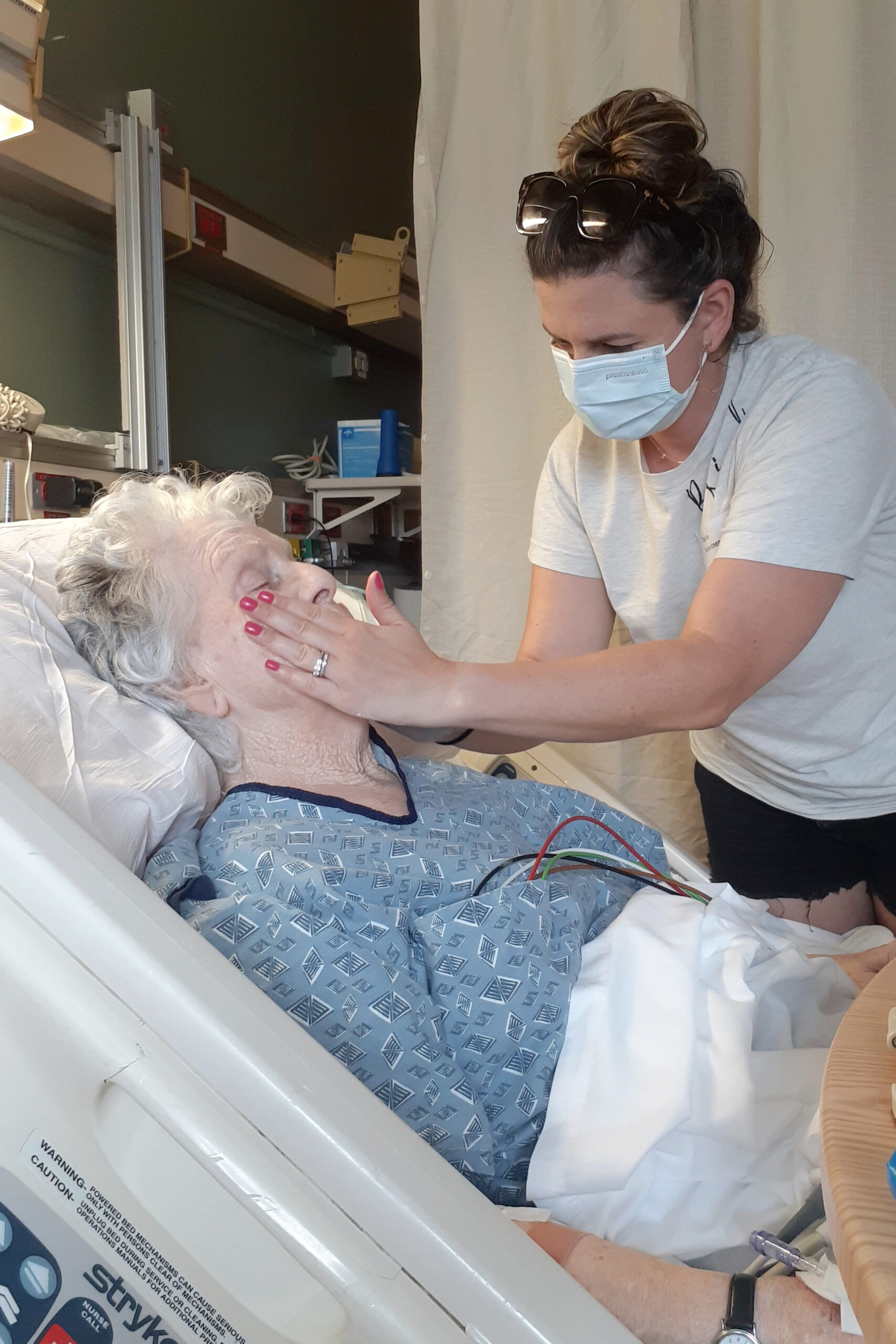 We were able to see her back at rehab the day before we left and she looked so much better. She had no recollection of her time in the hospital, but she could remember all the details of the trip she thought she had taken to Africa in that time. She’s always wanted to visit Africa but never made it there. While she was really in a hospital in New England, she was visiting an African village in her head. “They were such nice people. So nice! I wasn’t sure if they’d like me since I have such an Italian last name, but we got along so well! Everyone in Africa is so nice!”

The Single Ladies Club had a get-together to celebrate Joanna’s birthday. 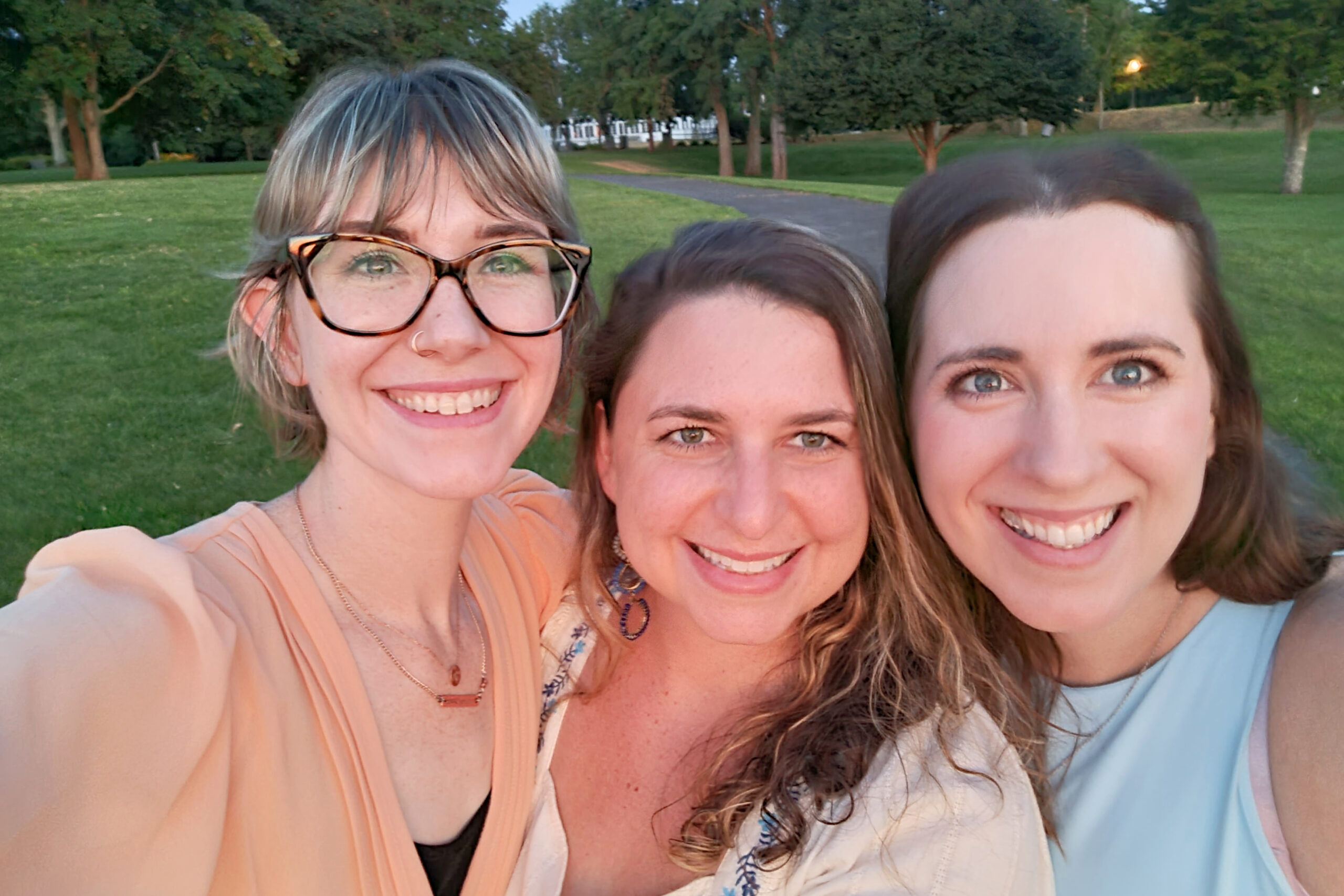 I didn’t know this guy would be my seatmate when I volunteered to sit in the back of Autumn’s car on the way to the restaurant. He didn’t find any of our jokes humerus. What a bonehead. 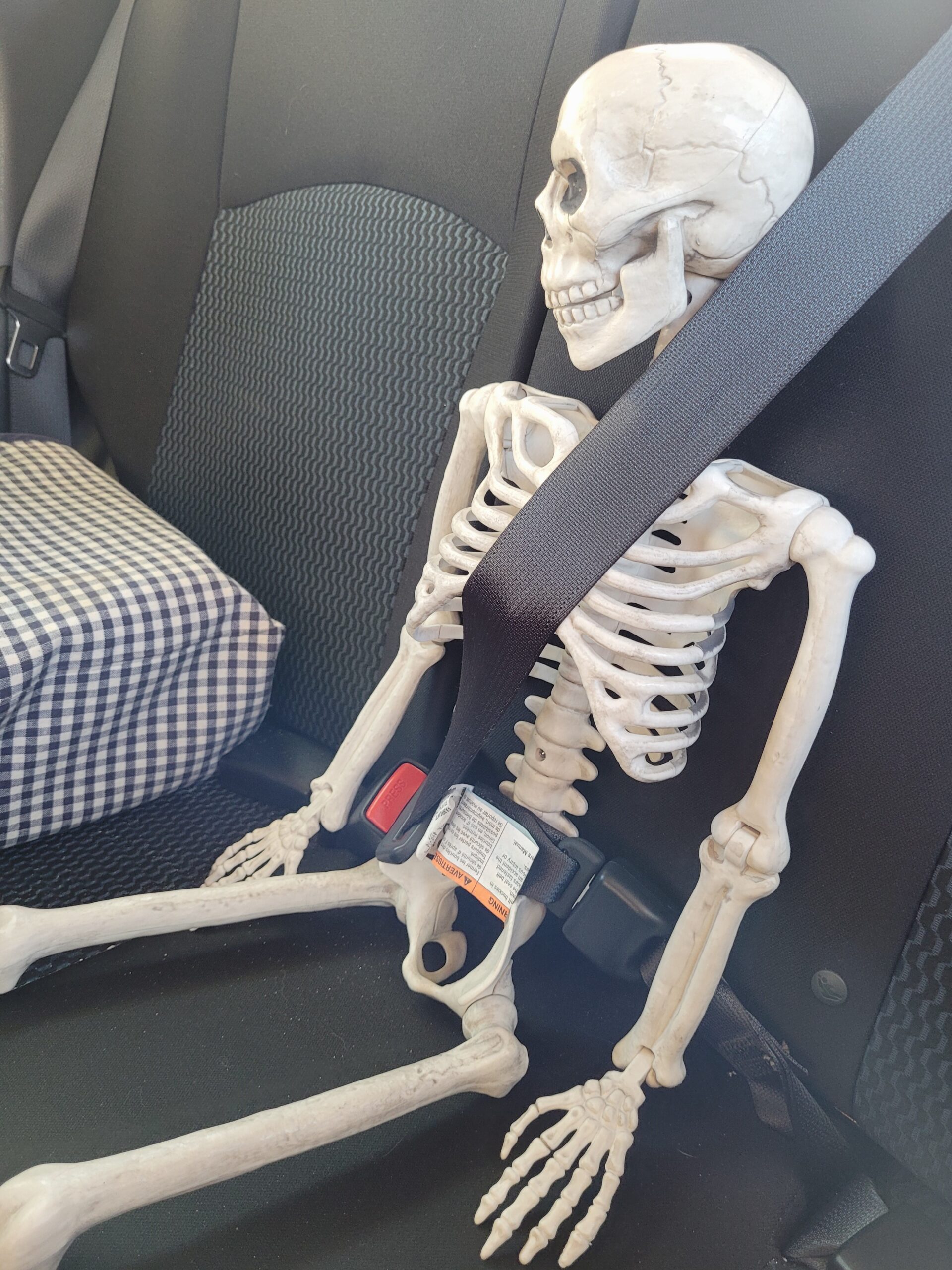