Currently, the end of summer edition

Starting: my morning car ride karaoke back up. I only drive to school twice a week so I have to make the songs good. The passenger isn’t overly impressed with my selections but to be fair, I’ve been singing the same two songs for three years now. I sing It’s a Beautiful Day In the Neighborhood and one about having a great day. Once I start a tradition I cannot stop and I will not stop until she asks. Sometimes I change the words to “It’s a hot day in the neighborhood, too hot for September! When will it cool down? When will it cool down?” Copyright pending. 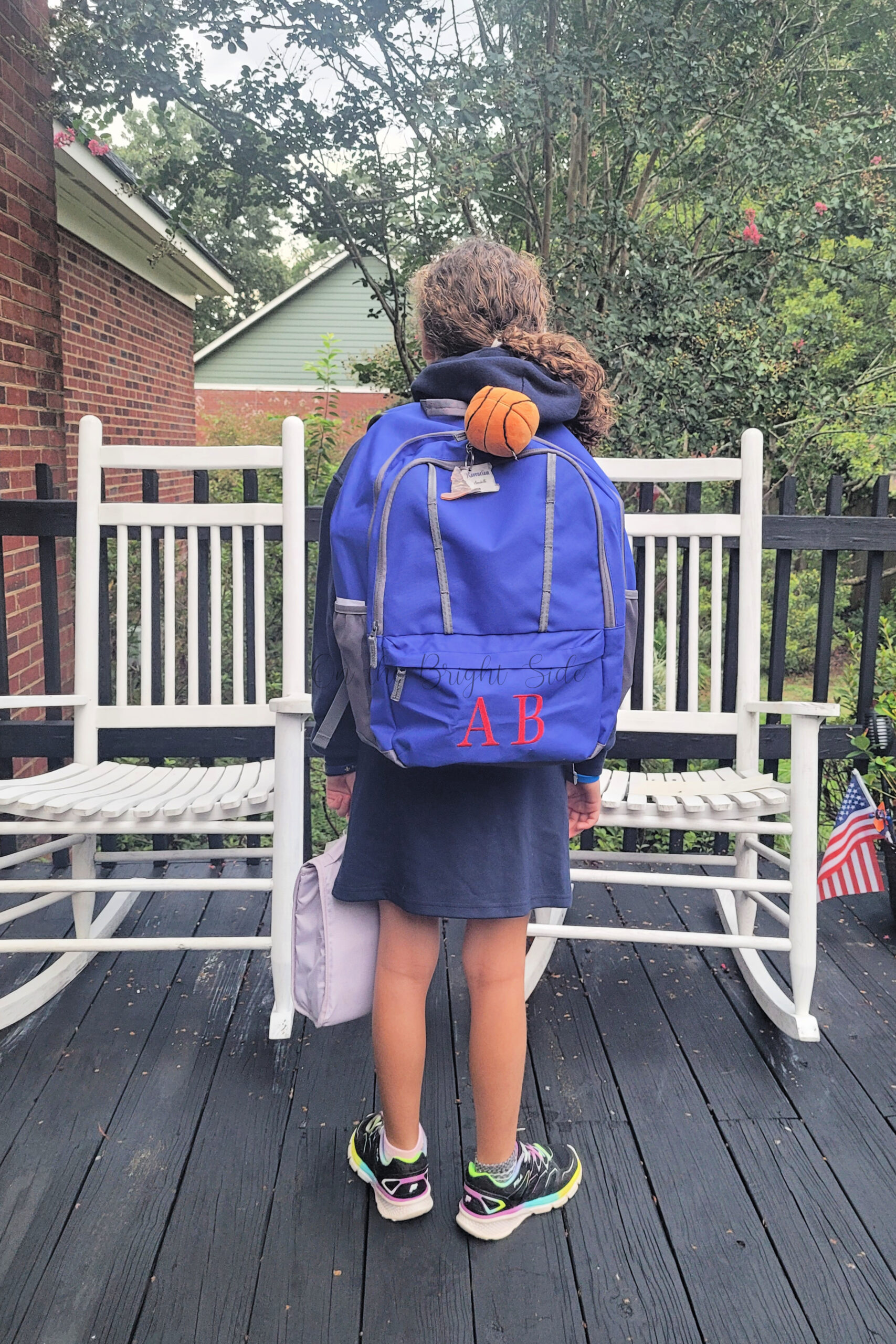 Annabelle did not want a first day of school picture in front of the beautiful balloon arch. I didn’t bother asking. She barely wanted me to walk her into her classroom but I didn’t give her the option. I strolled in like I owned the place. I spent so much time there last year that part of me feels like I do own the place. All the teachers have special beaded lanyards this year and I believe I should have one also. But back to AB. She’s in 3rd grade which is unbelievable. She only started walking last week. I tried to sit with her last week when I was in there at lunchtime and out of the side of her mouth she said, “MOM! I’m with my friends! School is for friends and home is for family and cats!” I said, “Don’t you want a little snuggle? A little kiss? A little hug-a-roo?” “MMMOOOOOMM!!!” But ten minutes later she walked over and kissed me on the head. 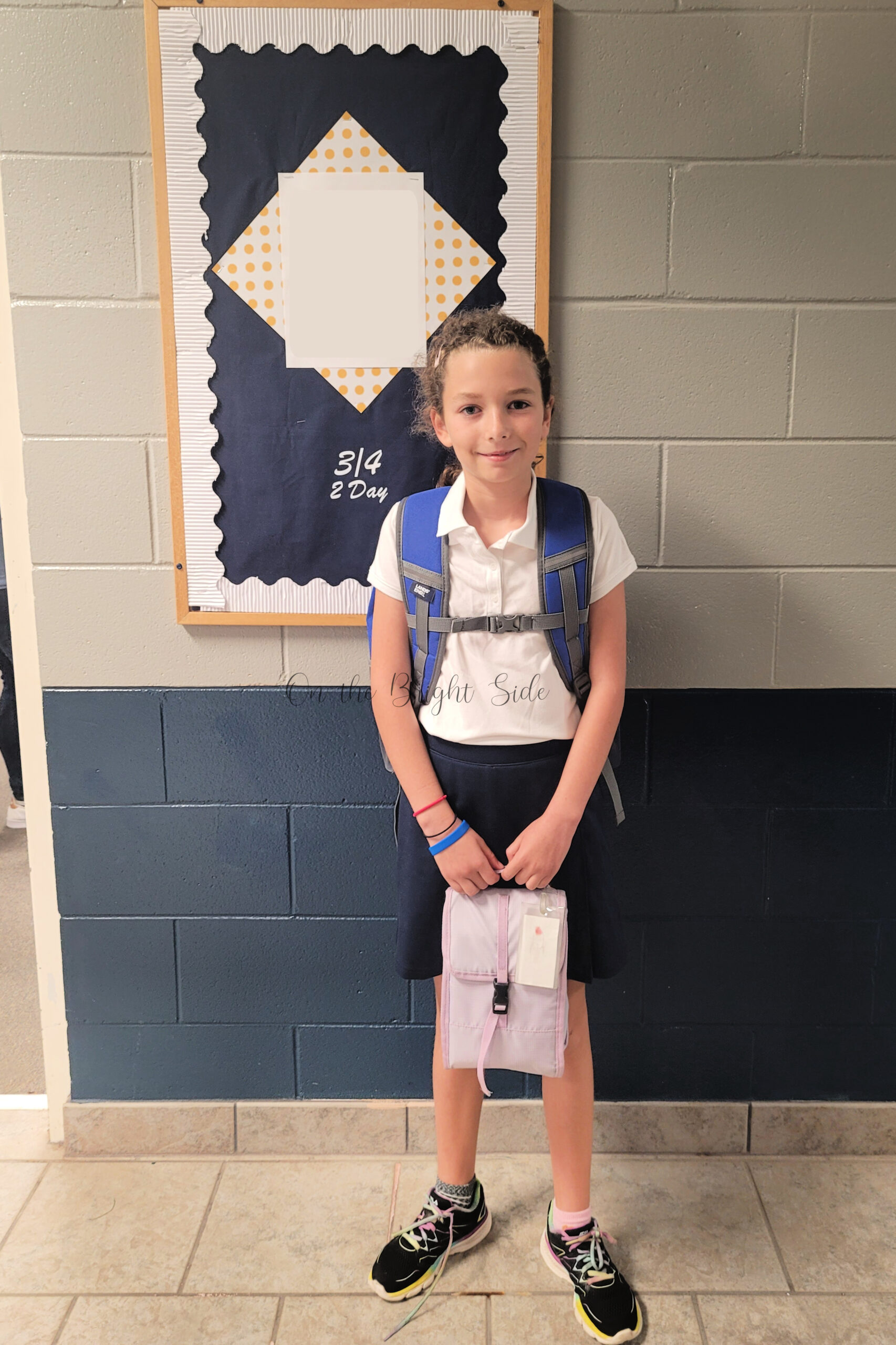 The Tuesday/Thursday teacher sends home the work for the other three school days but I add in my some of own curriculum as well. I was talking to AB about what she’d like to do for art this year and she said, “I’m going to paint the Mona Lisa on a grain of rice with a rainbow over her head.” Cool, cool, cool. I was thinking more along the lines of what pinterest might have to offer but reach for the stars!

Planning: teacher lunches. The third Thursday teacher lunches I was in charge of last year have started back up. Someone who wasn’t one bit at all whatsoever involved with my three successful lunches last year but is in somewhat a position of authority at the school told me I needed to plan the lunches a different way this year. He said we had to send out the information and signup link in a new way that parents weren’t used to. I knew it would fail and told Christopher so several times. Don’t mess with my system when it’s not broken! Don’t do it! Christopher said, “You wouldn’t do well in the corporate world. This is how the corporate world operates.” I wouldn’t and that is why I’m a stay at home mom and not in the corporate world. As I predicted, the new system fell apart in every way possible. We pulled it off by the skin of our teeth but it was a complete disaster from a planning standpoint. Mark needs to stay away from my system!

Unsuccessfully avoiding: football. I am not a fan. It is one of the most unorganized sports I’ve ever experienced and I’ve watched toddlers play soccer. I have a shirt I really like that says “New England vs. Everybody” on it. I wear it loud and proud in honor of my homeland because New England is better than everybody. It never once occurred to me that it was in reference to the New England Patriots. Every time I wear it people want to talk football which is unfortunate because I live in the college football-obsessed capital of the US of A. I cannot escape it no matter how much I try. The only football factoid I can contribute is Tedy Bruschi, a former Patriots player, and I had the same orthodontist- Mom’s cousin Frankie. That is the extent of my football “knowledge” and it doesn’t carry me far.

Wearing: my new hat. I have a well-documented interest in Chance the Rapper. I don’t know if I hear him on the radio (I don’t even like rap), but put a magazine with him on the front next to me and I’ll dive right in. I know about his childhood and his family. I know that a few years ago he decided to quit smoking and read the entire Bible at the same time. Personally, that seems like a lot to attempt at once but more power to him. I haven’t read any recent updates so I don’t know that he succeeded on either endeavor, but I’m sure he’ll personally update me when he has time. I’m very invested in his life. We’re an unlikely pairing, Chance and I, but look at Martha and Snoop. Stranger friendships have happened. I’ve been telling Christopher for years that I love Chance’s black #3 hat. Look what arrived in our mailbox this week. WHEN I TELL YOU I PUNCHED THE AIR FOR JOY. 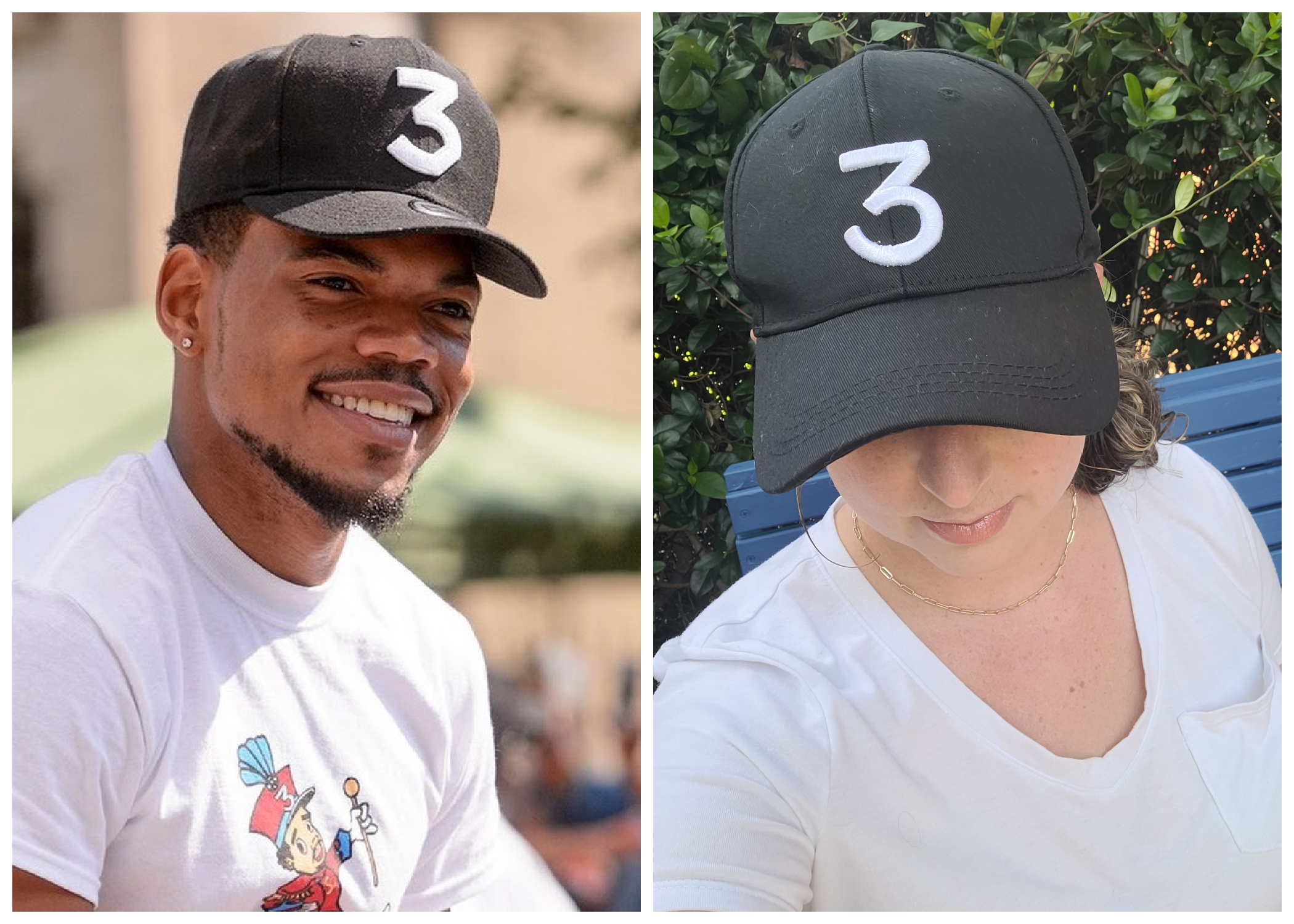 We’re basically identical twins. I can get a job as a Chance impersonator if my job at Board & Brush doesn’t pan out.

Mourning: the death of Her Royal Highness Queen Elizabeth II. I appreciated the many texts of condolence I received. Even the swimming lesson teacher texted me yesterday and said, “I know the queen’s funeral is today if you want to push the lesson back so you can watch it.”

One evening you’re on cloud nine with your new hat and the next you’re under a cloud of sadness. Life, man. What a rollercoaster. Maybe I’ll sing a song about it on the way to school.