I can’t risk giving any public statmentes at the wedding

The planning of Aaron’s wedding has been a slow uphill climb.

I was in a coffee shop working on the wedding and the two hipster pastors also there were talking about the upcoming wedding of one of them. I wasn’t eavesdropping! They were speaking loudly in a public space for all to hear. Not that I don’t eavesdrop, but in this particular situation I wasn’t. The already married one said they were engaged for nine months and his mother-in-law planned the wedding so ”it was a piece of cake.” The groom-to-be said they’ve been engaged for six months and it hasn’t been long enough. Meanwhile, I’m over here planning a wedding on a very small budget in five months. I planned my own wedding in four months so I know it can be done, but planning a wedding from 1,200 miles away in a venue I’ve never been in and won’t see until the week of the wedding is a horse of a different color.

The food situation is a real conundrum. The wedding is so close to Christmas and the venue is not a caterer’s dream so we’re having a hard time nailing someone down. I’m getting worried we won’t find someone in time. I might resort to calling Dunkin Donuts and ordering 200 munchkins. I am not Jesus performing the miracle of feeding 5,000 with five loaves of bread and two fish. I can’t scrounge up a caterer to feed 91 people with a bag of croutons and a can of tuna.

Planning a wedding involves too many phone calls and too much talking to strangers. I am very particular about who I will happily talk to on the phone and numerous caterers, rental companies, people at the venue & more don’t make the cut. No matter how many times I go over the agenda in my head before I call I always mess something up.

Speaking of messing up something in a conversation…

At work a few weeks ago a woman told me she’s colorblind and can’t tell between greens, blue and black. I made sure to be very clear about where I put those colors to avoid confusion. She also couldn’t see some parts of the stencil well so I helped with that as well. I tried to help without going overboard and babying, for lack of a better word. It was all going fine until the end. I told her she could put regular wax on her sign which would barely change the color of the paint, or she could use antique wax which would change the shades and make them look aged. What I should have done was leave it at that. What I did was follow up my statement about the antique wax changing the colors with, “It’s good for people who can actually see that kind of thing.” The second it came out of my mouth I was MORTIFIED.

I don’t know why I said it, it just came out. I didn’t mean to be rude. I wouldn’t say, ”Oh, you don’t have arms? Here, take a bat and go play baseball.” Her best friend was with her and she thought it was hysterical because evidently she’s always teasing her about mismatching and whatnot, but I am not a best friend who can say that kind of thing to a stranger. I’m supposed to be A Professional. A professional hider in a box who never shows my face at work again is what I’ll be. 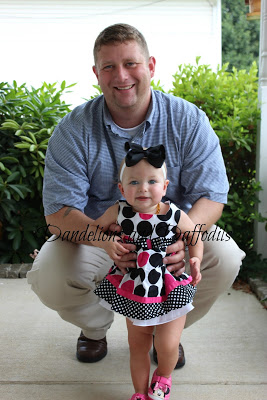 The other day Annabelle and I went to pick up a few things at Publix. The following conversation took place between me and the boy bagging the groceries:
Him: Do you want me to push the carriage* out to the car for you?
Me:  No thank you, I’m fine. (I’m all for boys being gentlemen but I didn’t have any spare cash for a tip.)
Him: Are you sure? I don’t mind.
Me: Oh, we’re good.
Him: It’s not a problem.
Me: I can do it but thank you anyway.

I then proceeded to crash the carriage straight into the neighboring cash register and almost run over people entering through the exit door. Just call me Grace.

To add to the awkward experiences I’ve lived through lately, when the pastor at church said to me “I’ll tell Chris too”, I stared at him for 48 minutes trying to figure out who this Chris person was. Don’t mind me. I’m just the person who doesn’t recognize her husband’s name when she hears it.


So that’s been life around here. In other words, it’s business as usual.

I am so excited about Annabelle’s first 4th of July. Fourth of July is right up there with Christmas when it comes to my favorite holidays. We made an American flag with her footprint. Feel free to send us a Pinterest Parents of the Year Award. 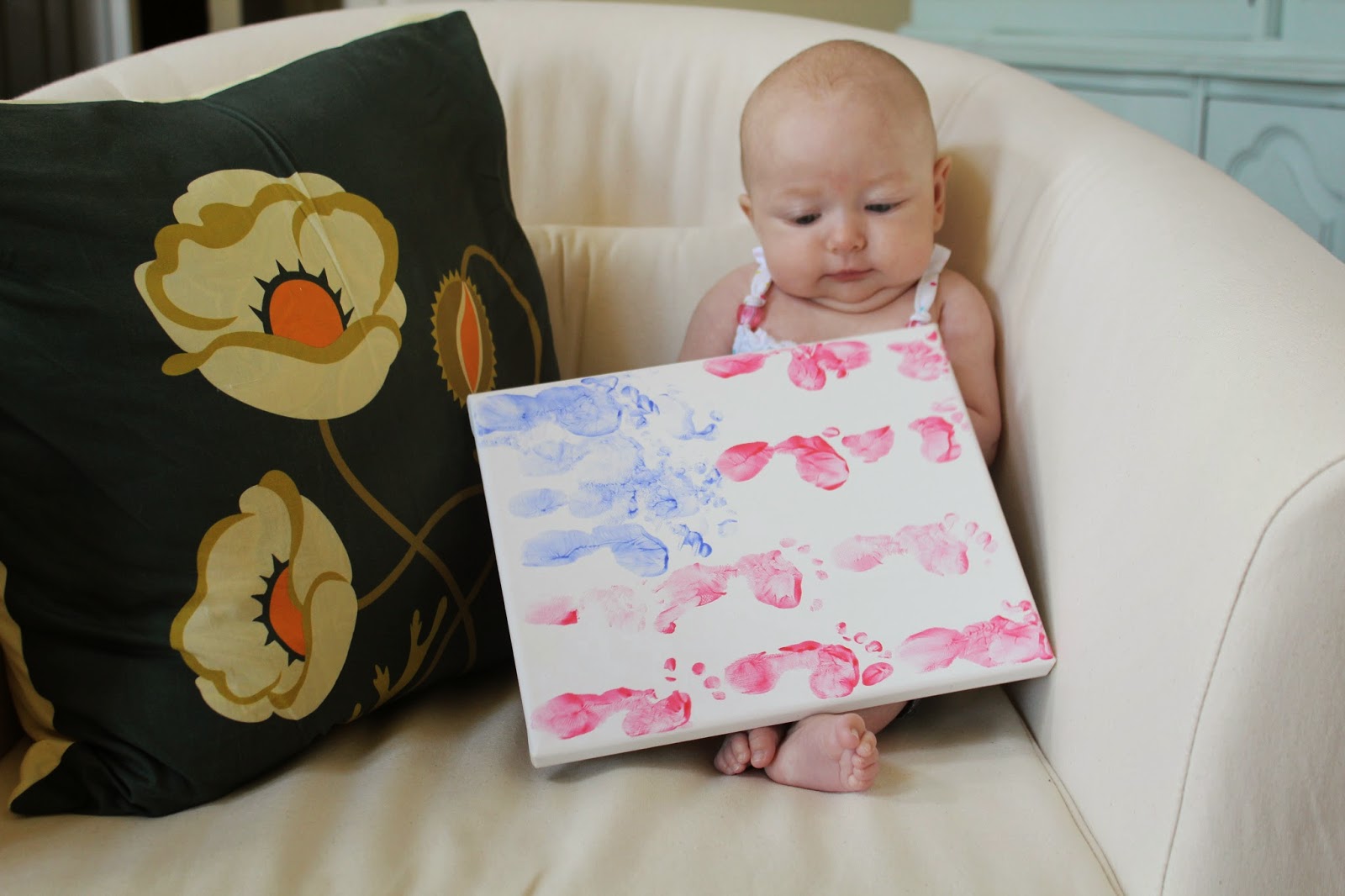 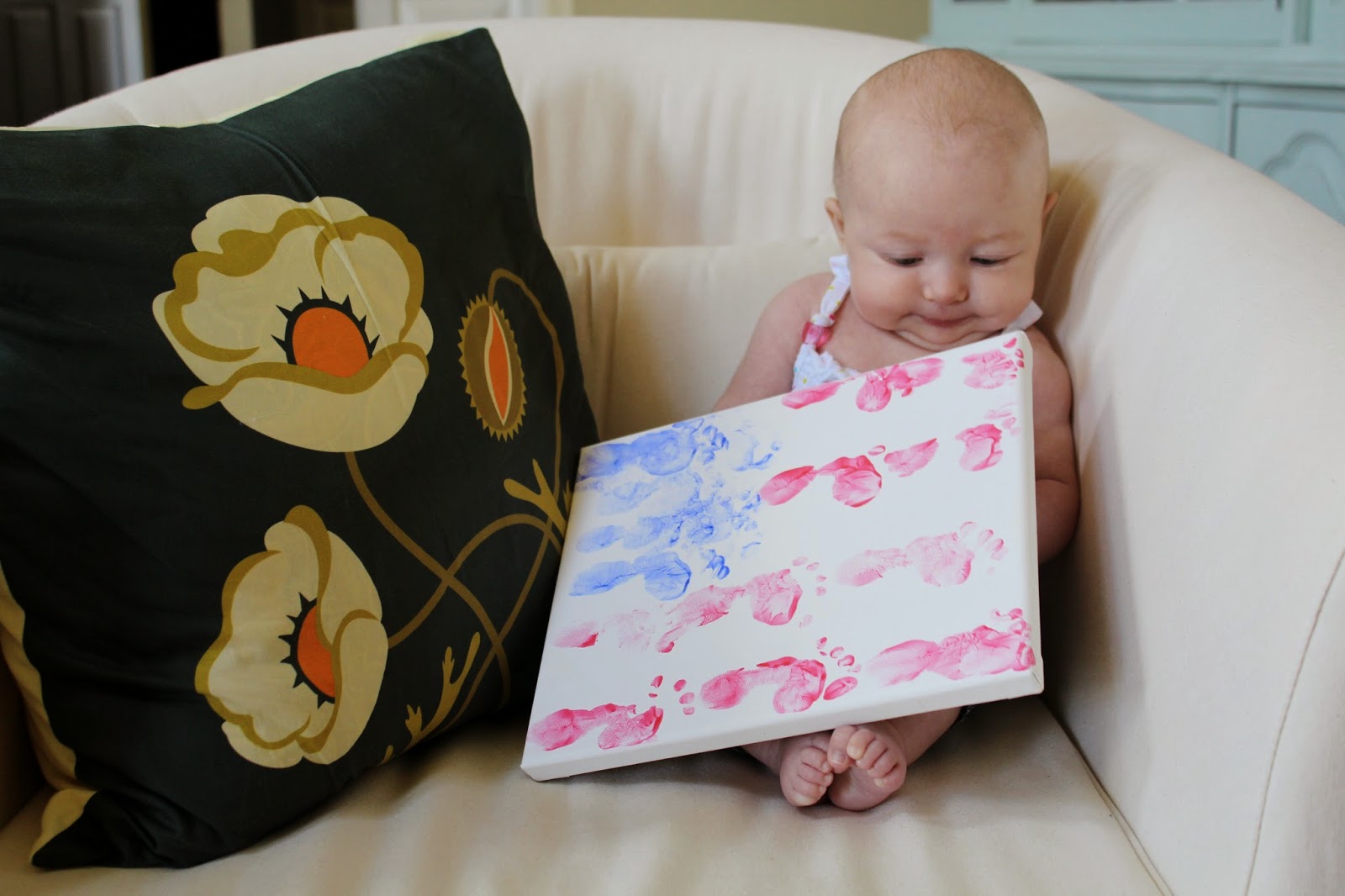 To round out this hodge podge post, and because I’m procrastinating about cleaning the bathroom, I present the following photo. This is the face of someone who slept from 9:30pm-6:30am, partied for an hour then went back to sleep until 10:30. 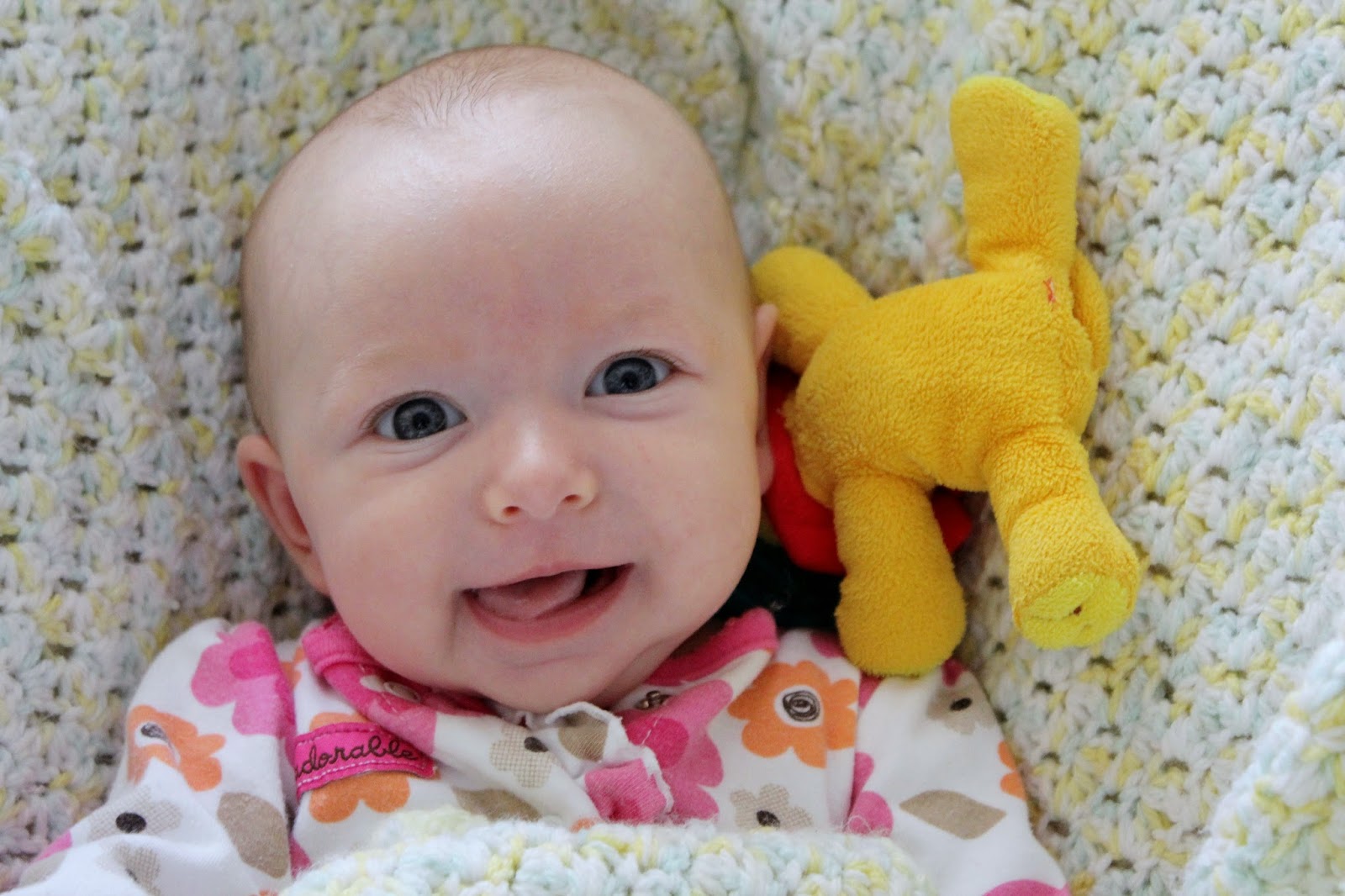 This is how I felt about Sesame’s sleep accomplishments: