Buddy and the bamboo forest

Christopher: Do you know where Vanessa and Dave live?
Me: Yes, they live right up the road on the left. We walk by their house all the time.
Christopher: Huh. I had no idea they live so close to us.
Me: I’ve told you that before. I’ve pointed out their house several times and we’ve waved to them in their yard.
several minutes later
Christopher: Did you know they go to First Baptist?
Me: Yes. That’s where we met them. We were in the same Sunday school class with them and Jessica with the big earrings.
Christopher: I don’t remember that.

Earlier this week Christopher was walking around this house looking like a drowned rat. That’s his go-to look when he’s getting sick.

Me: You need to take some strong medicine to kick that to the curb before it turns into a real sinus infection.
Christopher: I am taking strong medicine. I’ve been eating cough drops.
Narrator: He was not trying to make a joke. He was being serious.
Me:

Somehow he made it to his 40th birthday with the memory of a goldfish and the medical knowledge of a toddler who thinks a bag of skittles will heal bronchitis.

(Maybe I shouldn’t judge too harshly about old age. I did use the phrase “Is this what society is becoming” like a bespectacled 78 year old.)

Christopher cares not a wit for a birthday party theme. Annabelle and I live for a birthday theme and spent several morning snuggles debating balloons vs bears vs crazy hats vs Harry Potter vs silly willy jiggly fat head theme. The last got no votes but she campaigned hard. We settled on a book/library theme. I thought we could set up the dining room like a library and instead of regular Dewey decimal numbers, we could use years he’s been alive and have photo albums and books from that time period in each “library section.” It was simple enough. Somehow we ended up with an interactive museum of storybook characters created by Annabelle Sesame Lee.

She drew Jack from Jack and the Beanstalk (right) and Melon the dog (left) from a podcast on pieces on styrofoam. The styrofoam bits stuck in the rug are the gift that keeps on giving. We stuffed my lion costume with towels to create Aslan from Chronicles of Narnia. AB thought his name was “Avalan” and I didn’t work too hard to correct her. There was a dress-up section from A Midsummer Night’s Dream. She duck-taped garden stakes together to make the scarecrow from The Wizard of Oz. She dressed up as the Princess in Black and I dressed as the conductor from The Polar Express. The whole experience was called The Wild Wild Wild Wild Magical Kalidascope Fantasy Ride. I couldn’t get the name right and had to carry an index card with me that said, “w w w w mag. kal. fan. ride.” Since no creative thing she does is simple, I was given several instructions. She had recorded herself on the ipad acting out each character and as we got to it, I had to push the button and give any necessary explanations. At one stop I had to dance. She mixed up the stories of Avalan/Aslan and the knights of the Round Table which was a very interesting combination. 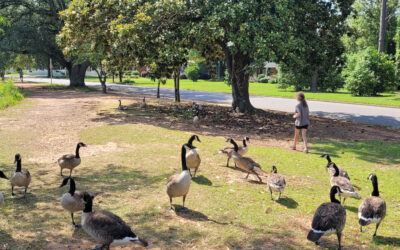 Sesame’s summer as told by Sesame

"I don't do blogs but I guess I can help with yours. Ok, let's see. My favorite shows to watch this summer are Wizards of Waverly Place and The InBestigators. My favorite podcasts are Wow In the World, Who When What, Bobby Wonder and Circle Round. We went to a water...

END_OF_DOCUMENT_TOKEN_TO_BE_REPLACED 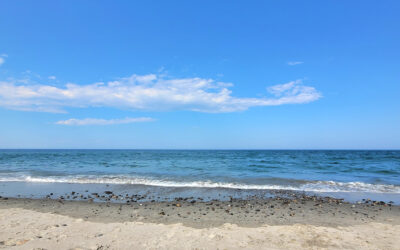 visitors here and visitors there

Evidently, this has turned into a once-a-season blog. It's been so long since I logged in that I'm shocked I got the password correct on the first try. I can barely remember what has happened in the last few months. School starts in under two weeks which is absurd. It...

END_OF_DOCUMENT_TOKEN_TO_BE_REPLACED

I don't think I've celebrated Elizabeth's birthday with her in person since I got married, but this year she happened to be visiting on her big day. My barrel of ideas for a party theme was very shallow, but we went with a Dolly Parton theme. To be specific, it was a...

END_OF_DOCUMENT_TOKEN_TO_BE_REPLACED

Some of Christopher's great joys in life are researching and learning new information. Leaning into these love languages, AB and I researched facts about Father's Day and sat him down for a mult-part presentation. Annabelle chose to present from inside a large...