we’ve got our moving shose on

Last night was the last we time we rocked Annabelle in the bedroom we brought her home to. No one, least of all me, was at all emotional. 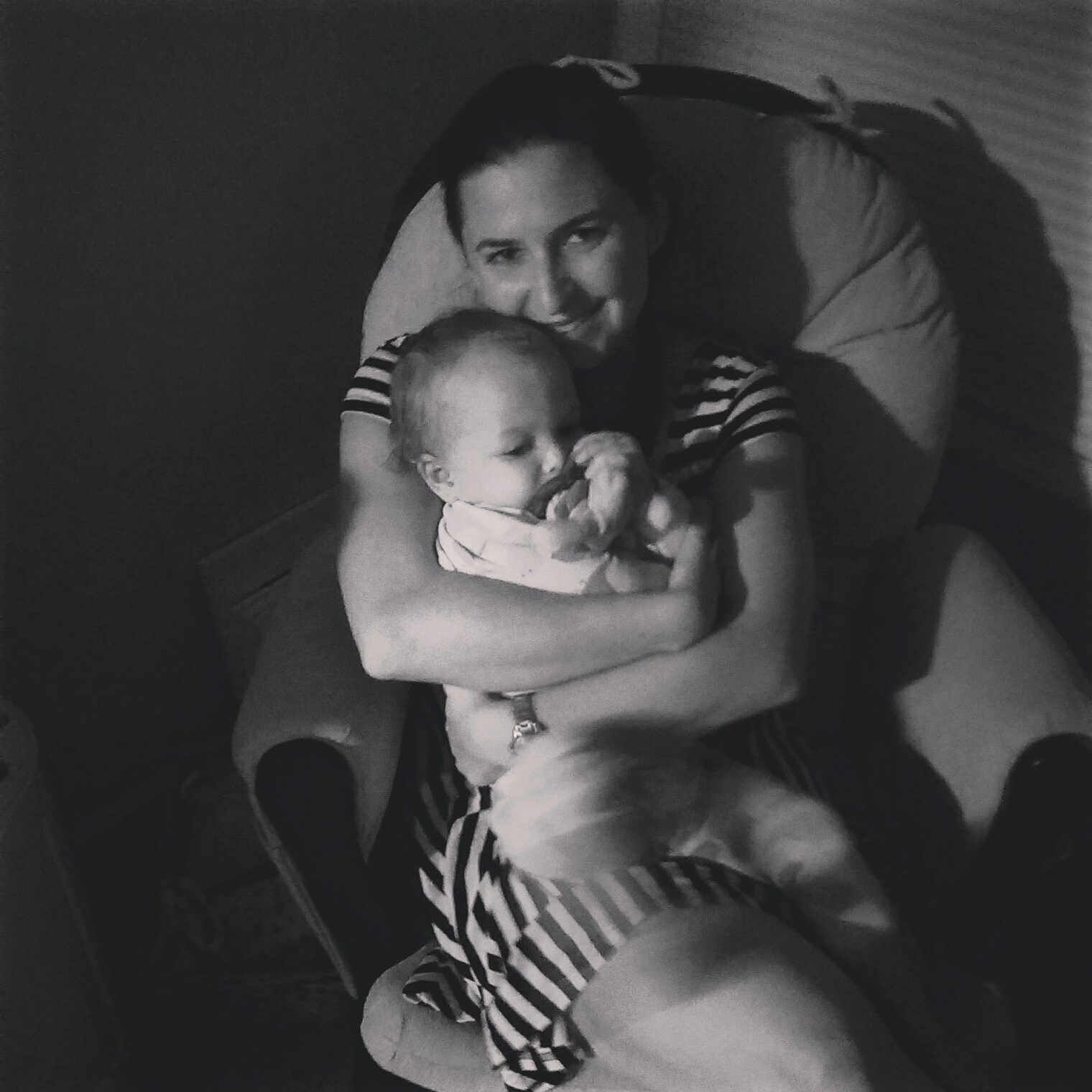 We spend most of yesterday after church packing the house. We moved all the stuff that we’re driving to the new house into the bathroom and the coat closet. The bathroom door can barely be opened and I practically have to climb on the counter to get to the toilet. The tub is full of stuff. I can only open the coat closet door part way or the drawers on Christopher’s file box slide open. My home is the sanctuary of peace and tranquility I always hoped it would be.

The packers came this morning to start boxing everything up and I could not have been more unenthusiastic about it. I woke up with a splitting headache and jaw pain thanks to stress and my still partially dislocated jaw. I felt like a million tiny little needles were jabbing into my ears. I wanted to curl up and cry and never leave the bed. Annabelle felt fine as a fiddle and started talking up a storm before she even got out of bed. We had piles through out the house and pictures leaning against all the walls. Her toys were separated into pack and do not pack piles. We had a stack of folded boxes just perfect for throwing around the floor. She bounced from pile to pile touching and moving everything. You would have thought she was at Disney World. I bounced from the ibuprofen bottle to the sudaphed bottle. Fun was had by all.

By the time they arrived (late) at 8:36, I was done. I wanted to go back to bed. The movers are very nice and extremely efficient. It would take me days and days to get this house packed, even if I didn’t have the small one. They’re going through boxes and wrapping paper like they’re going out of style. I appreciate a good wrapping job. I’ve been known to use paper, bubble wrap and newspaper one plate. Can’t be too careful. I don’t appreciate their labeling techniques or the way they combine items. For example, I saw them combine the following into one box labeled ”pillows”:
toys, fake greenery, a small metal star, two couch cushion, my cardboard letters that spell EAT, and part of a lamp.

I almost burst a blood vessel. I would never put the greenery that adorns my cupboards with Annabelle’s musical school bus.

Then I found this jewel. 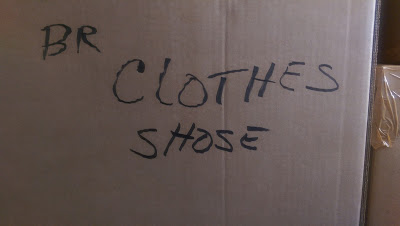 The day didn’t go off completely without a hitch but it did stay interesting. One guy was packing the kitchen and the light fell off the ceiling and crashed to the floor right by his feet. How does a light just fall off the ceiling? Another guy saw my bowl of muffins on the counter and asked if he could have one. I said he could have as many as he wanted. He asked if they were blueberry muffins. They were banana. Is my cooking that bad?

A few minutes later I heard the following conversation.
Mover 1: Is bowls spelled with e-l at the end or just l?
Mover 2: It doesn’t matter.

Um. YES IT DOES MATTER. I ASSURE you that the bowels belonging to people in this house are not going in any boxes. They won’t be walking around in any shose either.