We’ve had a busy few weeks at school. We had Dr. Suess week, Read Across America and World Day within days of each other. I’d like to schedule a meeting with the principle and/or all parties responsible for scheduling them all at the same time. There may have been a small planning hiccup on our end because we forgot to read 17 of the 50 books until after 9pm on the night before the Read Across America paper was due but we got it done.

I made the class snack on silly hat day. 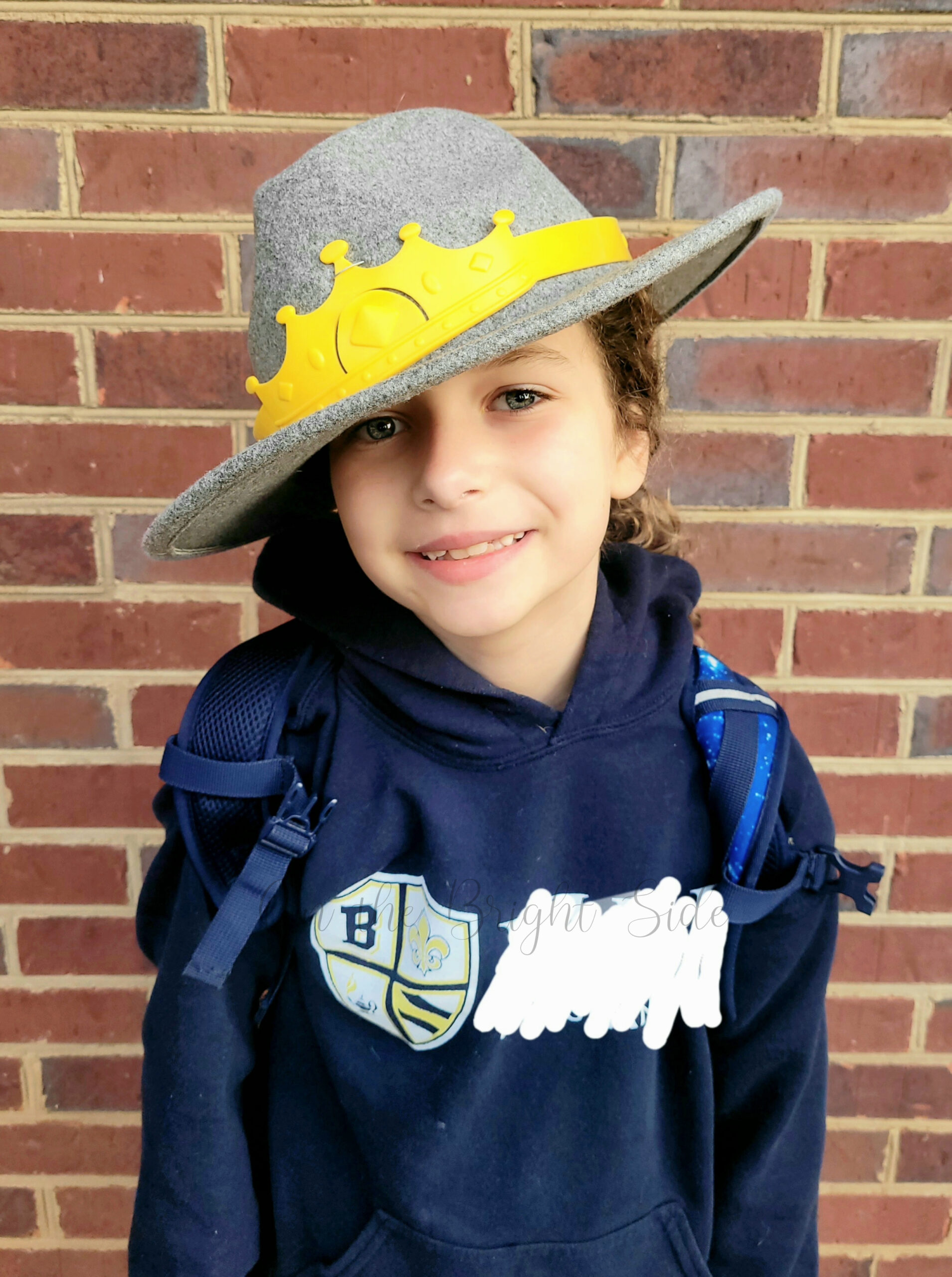 Red fish, blue fish we wanted to have,
But the blue fish are missing, they’re still out at sea.
The red fish are here, they’re as great as can be! 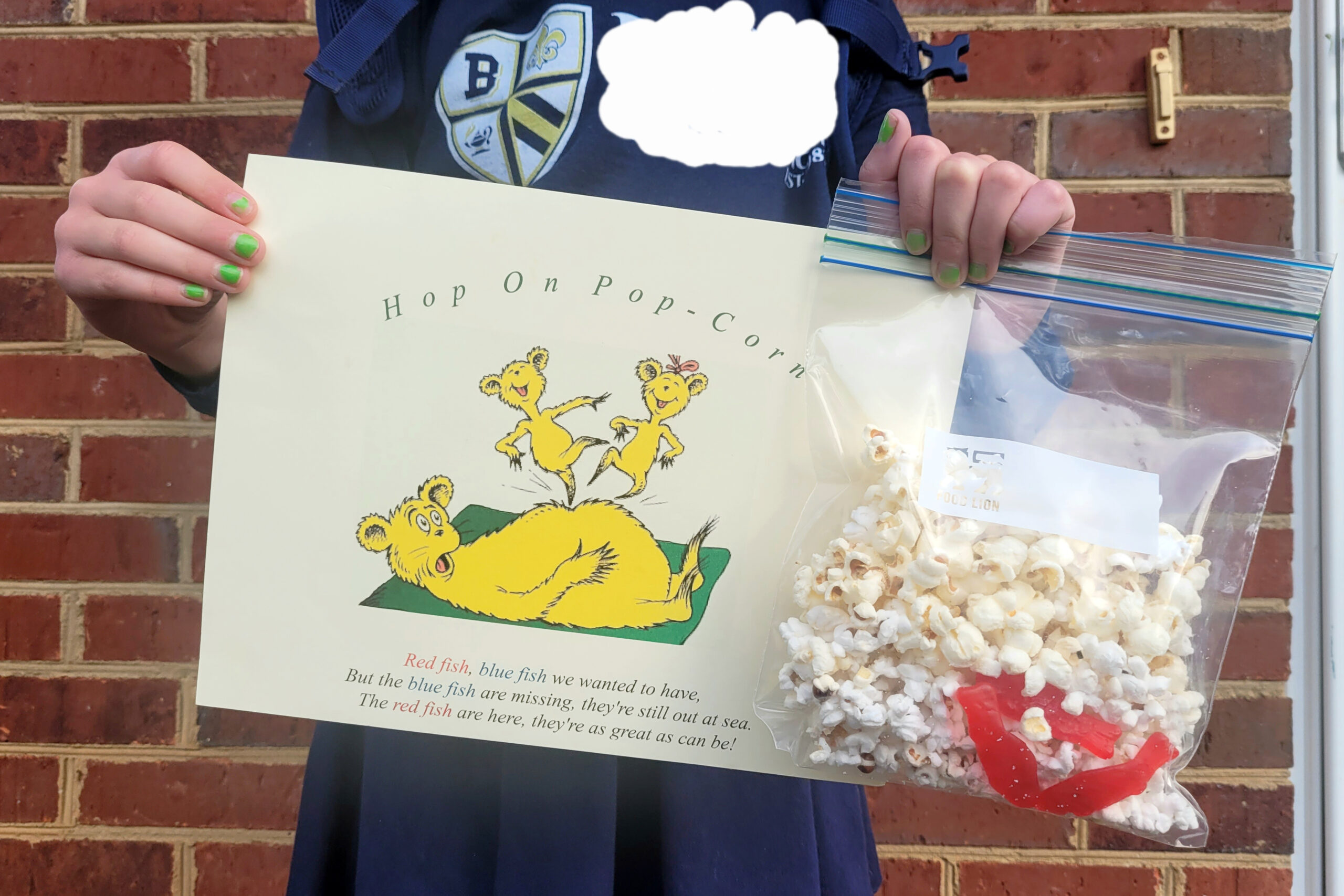 I was proud of that little rhyme and considered filling out the paperwork to change my name to Sarah Suess. As it turns out, first and second-grade boys do not care to read witty poems about why there were no blue fish in the red fish, blue fish Hop on Popcorn. “Why are they missing? Did your mom lose them?” Walmart didn’t have any blue candy, ok? Don’t ask so many questions. Appreciate the beauty of language and the fact that I woke up early to make you popcorn.

There’s a very true statement about 10% of the people in an organization doing 90% of the work. I am in that 10% group. That’s how I found myself gluing pasta to a cardboard pyramid on a Thursday afternoon. Annabelle’s class studied Egypt for world day and no one else volunteered to help with the class project. I genuinely do like helping, but sometimes I feel a little like it’s assumed I’ll be the one to sign up for everything because I only have one child while all the other moms have multiple children. 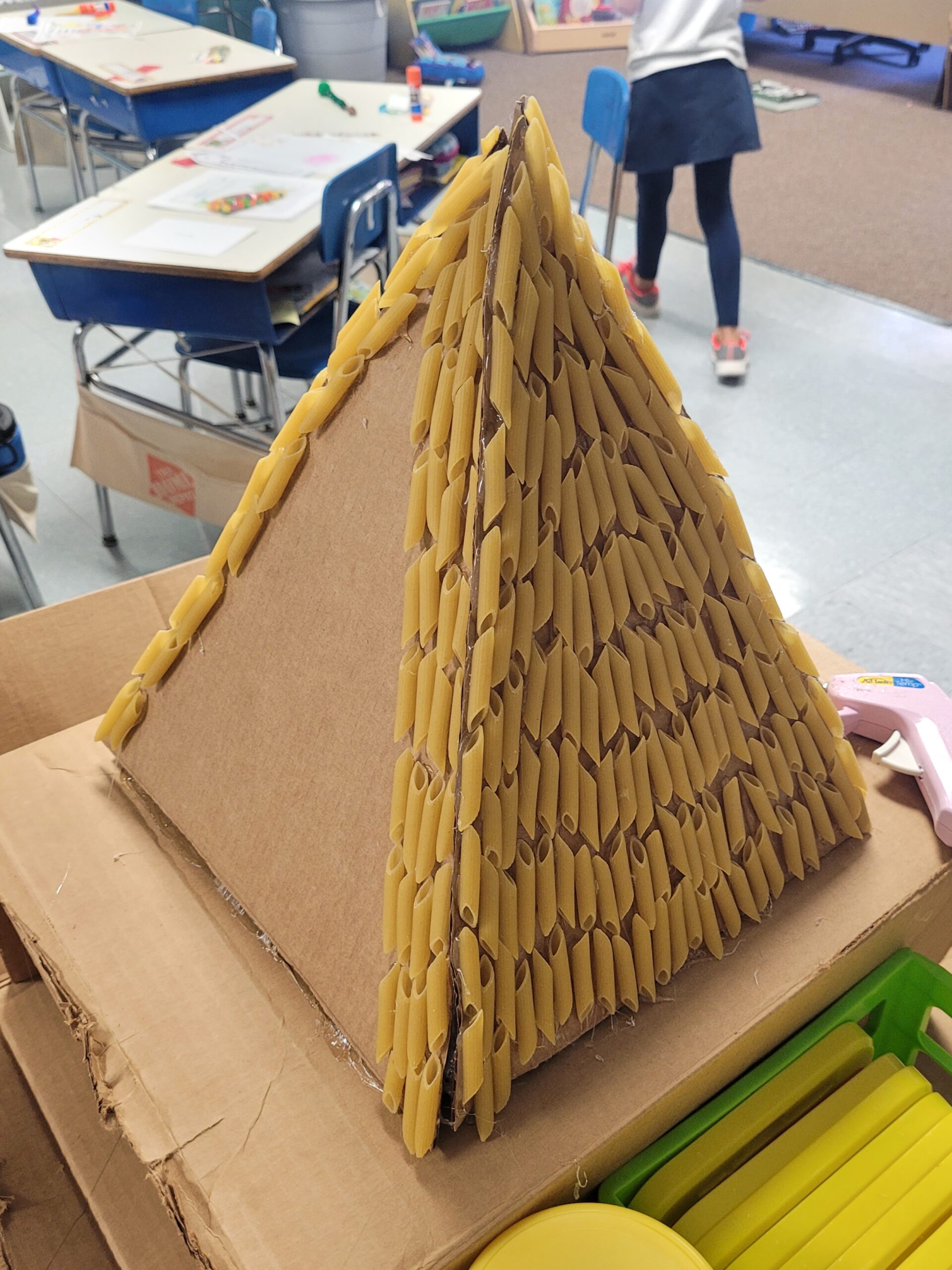 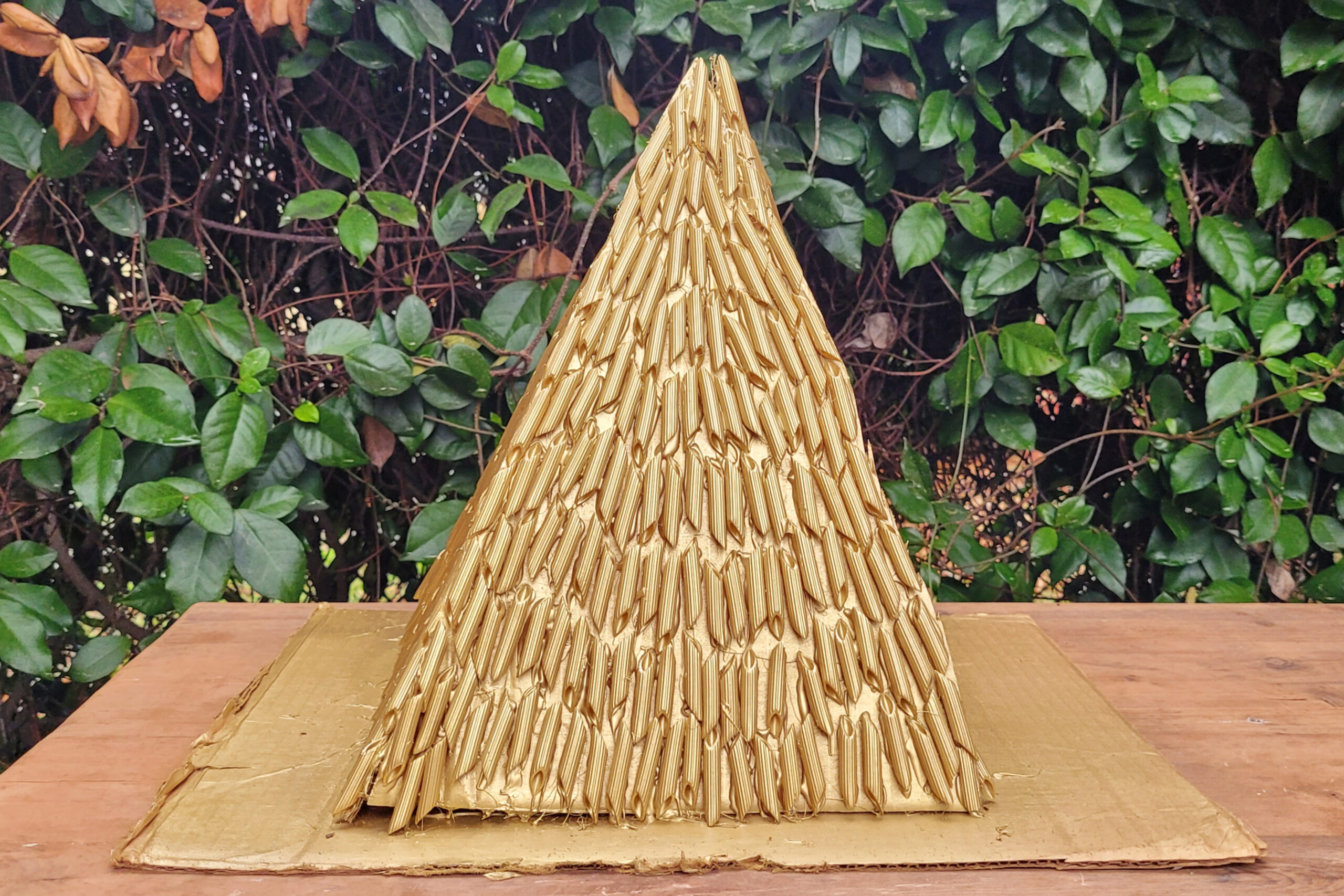 Back in December when we did the science fair Annabelle wasn’t very interested in my suggestions about how to design her bird board. She glued on a couple of construction paper eggs, 10 index cards with facts and called it a day. We came a long way with her board on the holidays and tourism of Egypt. We could have added more pizzazz and pictures but it was such an improvement on the bird board I have no complaints. The background looks like the Egyptain flag with US/Egyptian holiday comparisons on the left and tourism facts on the right. In the middle she choose four tourist destinations she’d recommend to someone visiting Egypt. I did all the typing and provided stylistic ideas but it was all (mostly) her work. I REALLY TRIED to keep my input to an appropriate level. 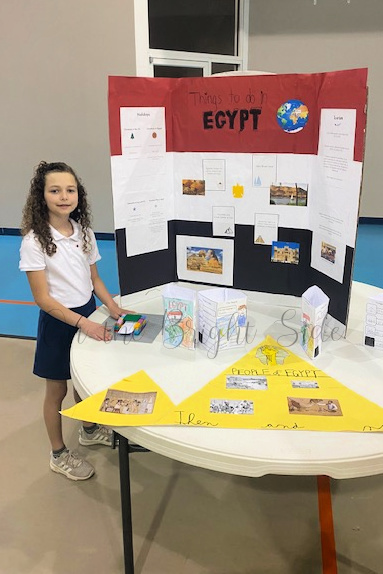 Some parents did their children’s entire project for them and it showed. AB and her friend Sammy got in the car at pick up the day all the projects were turned in and AB said, “That building is really cool but I think their parents built it for them.” Sammy said, “That’s what they said but I don’t think they were supposed to tell us that.” It’s ok, Sammy. It’s obvious three 7 year olds didn’t make a mosque with lights and bells by themselves. 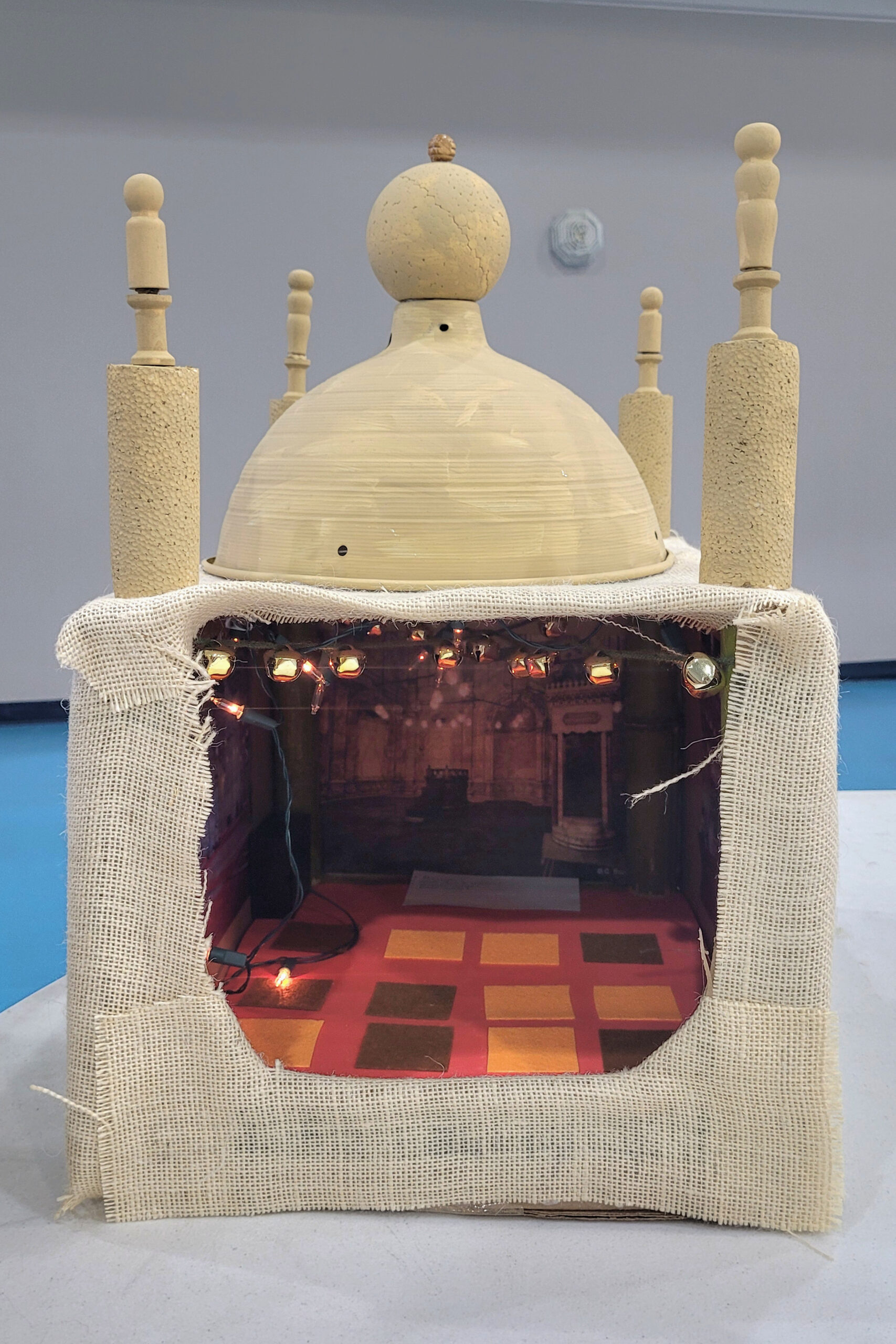 Remember when she learned to roll over just last week? Next week she’ll be in college. TIME IS CRUEL. 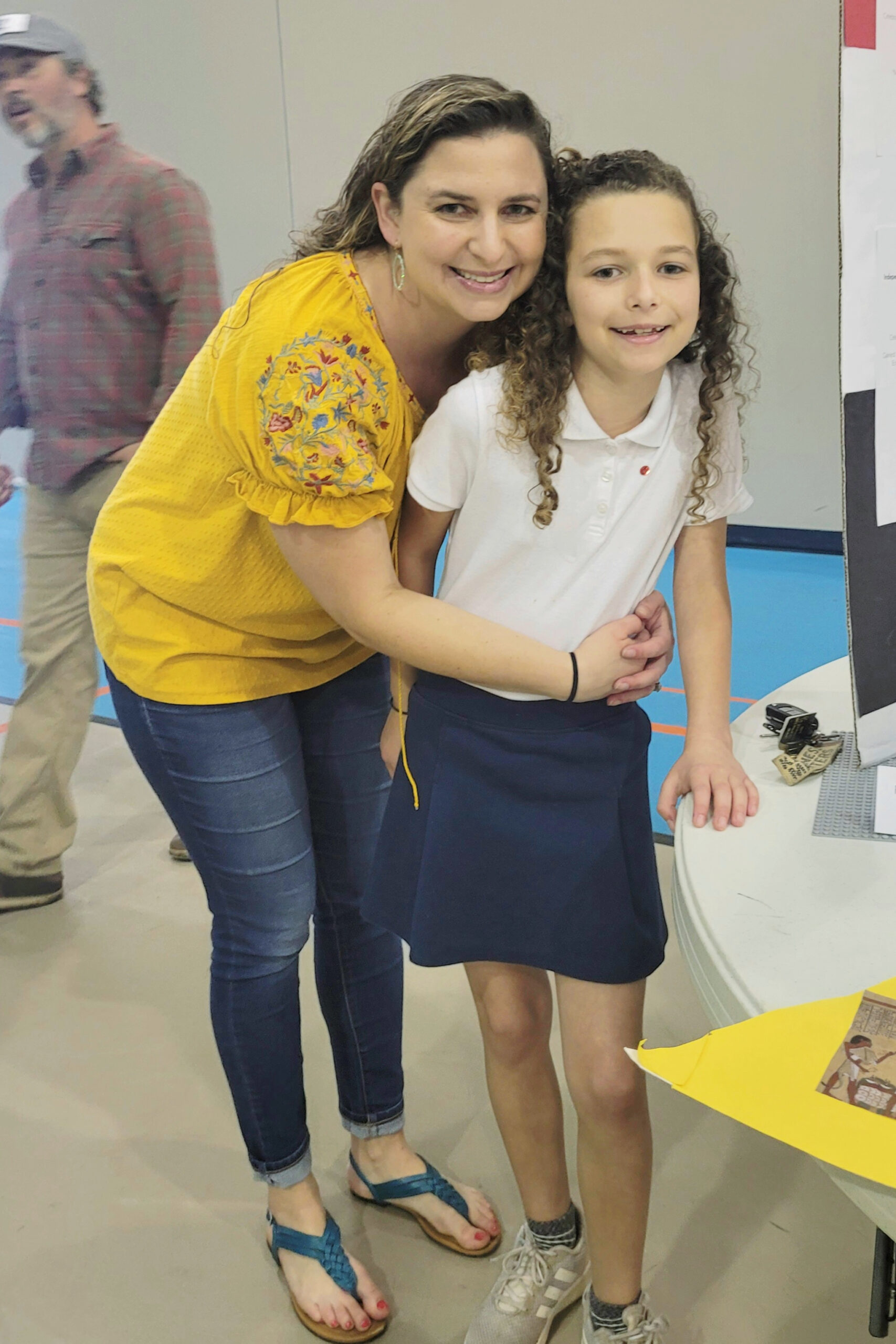